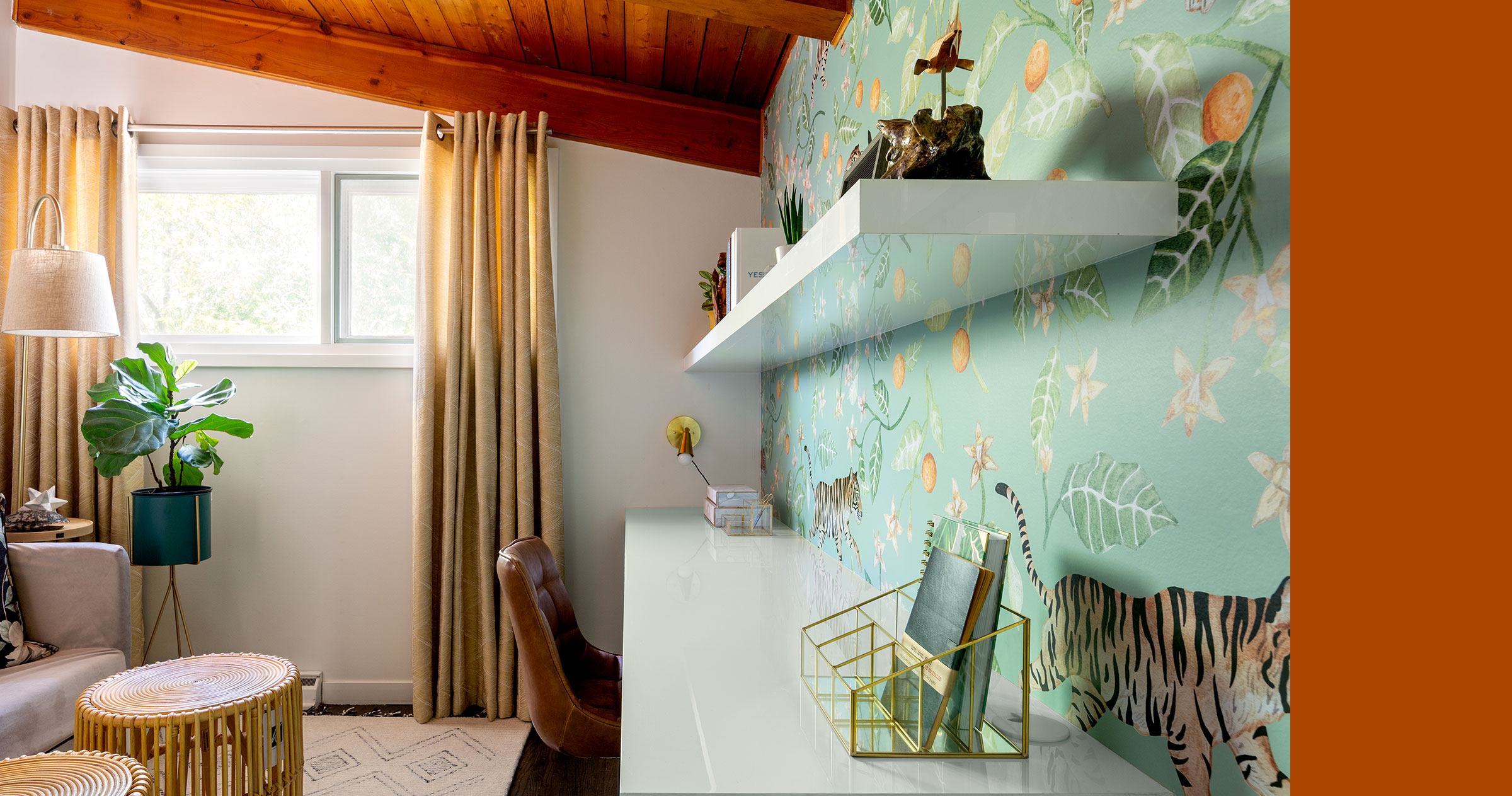 Lenny Di Palma describes working from home during the early days of the COVID-19 pandemic as a game of musical chairs. He and his wife tried setting up work spaces in different parts of their home—in one of their children’s rooms, their bedroom, the basement—only to move tables and chairs from one room to the next every few weeks when the pitfalls of each location became too much. “My wife is on her fifth desk,” Lenny says, laughing. Given the intrusions from their four children, aged 8 to 13, and their dog, Tiny Elvis, the working-from-home habit has been a challenge for the couple.

Set to begin a main-floor renovation of their Boucherville home later this fall, they recently asked their designer to rework their plans to carve out a second work station in addition to the computer nook they had planned. “Work space wasn’t going to be an integral part of the project originally,” Lenny says, “Now it’s become a lot more important.”

Within a few months of the pandemic shutdown, large companies such as Facebook, Twitter and Shopify all announced that for huge chunks of their workforces, telecommuting would be the new normal, even post-pandemic. Many smaller employers are following their lead, and analysts and businesses agree that even those workers who will return to their offices will likely eventually continue to work from home at least part-time. It’s left many people who thought their kitchen table was just a temporary solution scrambling to figure out how to accommodate that shift in a more permanent way.

“When COVID happened and things were shutting down, I thought: ‘Who will put money into renovations? The economy will tank; things will take a pause,’” says Catlin Stothers, principal at Catlin Stothers Design in Montreal, who is managing the Di Palma family’s renovation. In fact, she says, she has found the opposite. People were suddenly spending a lot more time at home, and all the improvements they had been putting off suddenly seemed more necessary than ever, especially when it came to work spaces.

In Calgary, designer Aly Velji says he, too, has noticed an increase in people wanting to improve their home offices. “The home office definitely comes more into play,” the principal of Alykhan Velji Designs says. “You can only work at the dining table for so long.”

Velji finished a multi-functional office/guest room redesign for his husband, Jason Krell, just before the pandemic hit. “We made it personal to him, let him choose whimsical wallpaper that has tigers and clementines. You need to be inspired and have fun. I don’t think it needs to be utilitarian all the time.”

Creating a home office is different from setting up a cubicle in an office building, he says. “Think about pattern, texture, seating.” Having personal items around can take the mind away from work for a minute, and perhaps re-inspire, he suggests.

He and Krell are lucky that they had an extra room in their home that they could designate as office space. Velji included a sofa bed, both for guests and for reading, and a long, custom-designed desk that can easily accommodate an extra laptop, as well as shelving and storage. As Krell says, “It’s one of the best rooms in the house.”

Designer Eugenia Triandos of Hibou Design in Laval, Quebec says that as people are realizing they will likely continue to work at home for some time, they seem to be willing to make a bigger investment in their work space, both in terms of the space they’re willing to allocate and in the quality of furnishings. That might mean designating an entire room if their home is large enough, or choosing custom furniture, as well as wallpaper and window coverings. “The great thing about doing a custom unit is that you can do specific storage for individual needs, for printers and documents,” Triandos says. They can also hide printers, scanners and other equipment. “People are trying to make it work for the long term.”

Having a separate space to hold Zoom meetings or Skype calls in private and then close the door at the end of the day is ideal, but in many family homes it’s not realistic, says Stothers. “Sometimes, people ask me for a desk in the bedroom. I say definitely not! It’s important that work space be defined,” she says.

The best option in many homes might end up being a designated spot in the basement, she says. With little or no natural light, it becomes important to get the right light fixtures as well as creating warmth and avoiding that cavernous basement feeling.

It’s difficult to know when—or if—work will return to the way it was done before the pandemic. So, given a need to create the best work space possible, many of us are turning our attention to home…children, dogs, kitchen table and all. •

Photography: Larry Arnal The homeowners knew from the start that they would find a place in their home for a...