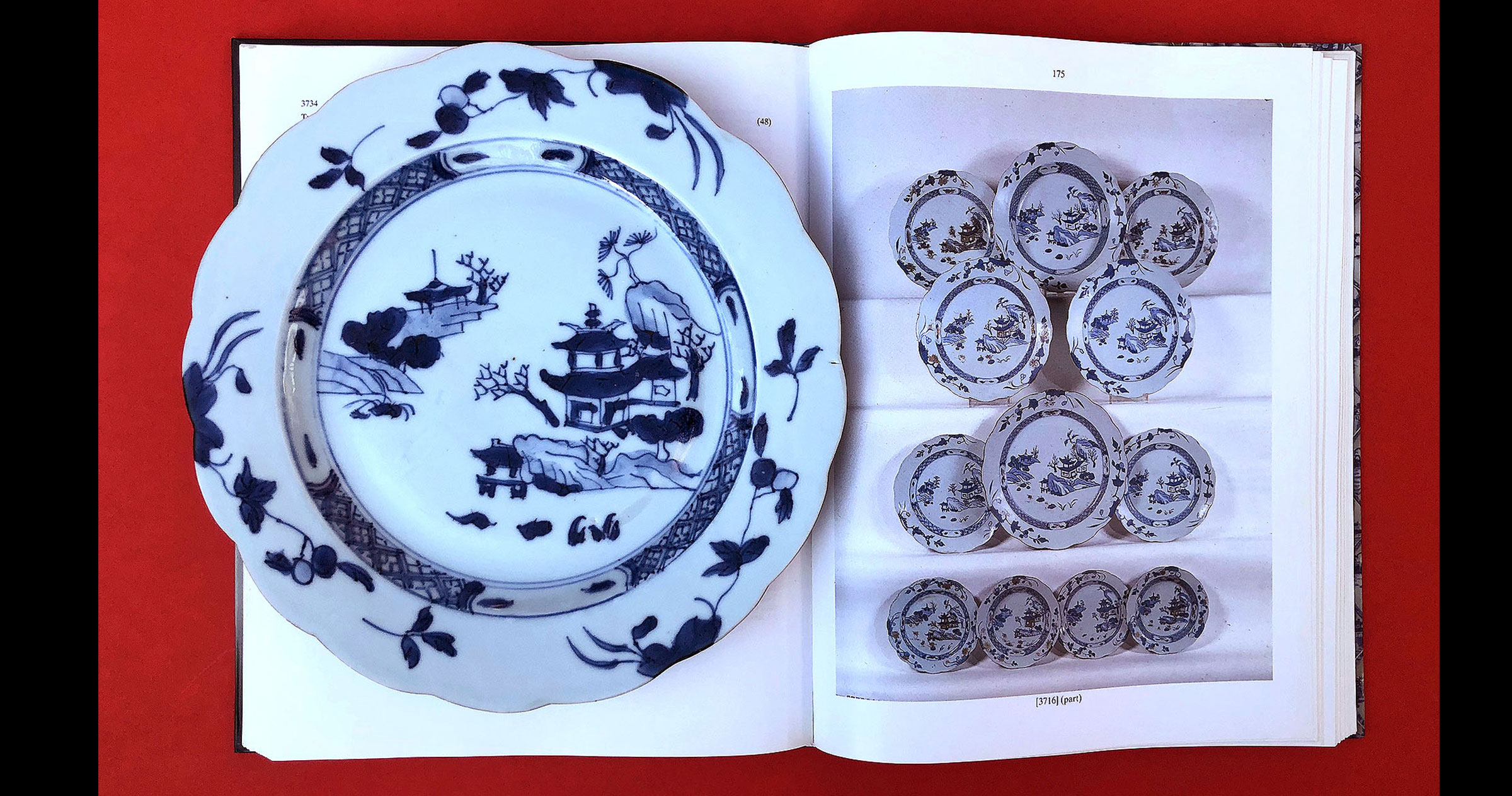 After spending centuries at the bottom of oceans, salvaged shipwrecks offer up their stunning porcelain treasures

I am fascinated by the salvage of shipwrecks. Not only do I want catalogues and videos about the treasures found on shipwrecks, but I also want pieces of porcelain that tell the story.

In 1983, Michael Hatcher, a marine salvage expert, discovered the wreck of the Geldermalsen, a Dutch ship that sank in 1752 in the South China Sea. When the Geldermalsen set sail from Canton, there were 112 people aboard. Only 32 survived when the ship sank after it crashed into a reef.

The excavation of the shipwreck—which was 130 feet beneath the surface—took three months. “When a ship has lain in the water for 233 years, not much of it is left,” writes C.J.A. Jong in his book The Geldermalsen: History and Porcelain. “Only objects of durable material such as gold, bronze, porcelain can survive such a period.” In fact, the Chinese porcelain on the ship was made of hard, brittle clay, hand-painted in blue and white with Chinese landscapes, flowers, trees and mountains.

Christie’s took on the sale of the salvaged pieces, known as the Nanking Cargo. The haul included 203 chests of porcelain and 125 gold nuggets. The sale—in Amsterdam on April 28, 1986—spawned a china-mania frenzy. Some 15,000 people patiently queued for the nine-day viewing, and after 100,000 bids, all 3,000 lots were sold.

My U.K.-based business partner, Ellen Lyons, recalls the discovery: “There was a lot of excitement because it was the first almost-intact 18th century cargo of blue and white export china that was discovered by a ‘treasure hunter,’ ” she says. “The 125 gold nuggets and 150,000 pieces of china were thought to be ballast for the precious tea shipments. The decision to hold the auction in (the Netherlands) was taken because the cargo had originally been destined for Amsterdam. Dealers came from all over the world.  My friend, Auriol Hay Drummond, one of the top English dealers, went to the auction, and bought pieces for herself, and also on my behalf.”

Fascinated clients were quick to purchase the well-documented porcelain for their collections. Smitten by the enchantment of it all, Ellen decorated her house with chargers and bowls, and I kept 12 Nanking dessert plates with their scalloped edges, and Chinese Willow pattern decoration (see photo). Sales were brisk once the treasures reached Montreal.

In 1989, a sunken ship resting in 120 feet of water, was salvaged off the coast of Vietnam. The 1690 date of its sinking was derived from a few coins in the haul dating from the reign of the Chinese Emperor Kung X (1622-1722). The ship had been bound for Jakarta, Indonesia.

The objects were not Chinese or Asian prototypes, but were derived from Continental silver and glass shapes, designed to please European tastes. They included masses of vases—small and large—to adorn mantles and for display on wall brackets. The shipment also included about 60,000 hand-painted pieces of the Chinese Kanxhi period, designed to decorate houses and palaces.  There was a certain Dutch style for displaying such pieces. Fashionable ladies of the period had china closets: boudoirs or drawing rooms filled with cabinets of porcelain. For example, there were 800 pieces in the main rooms of Kensington Palace in the 1680s.

The Diana, a ship that sank in 1817 off the Malacca Strait (Malaysia), was salvaged in 1994. Salvager Dorian Ball writes: “It was so dark, it was like swimming in a cup of coffee. Then I swam right into a mass of porcelain at the bottom.”

The Diana Cargo, an East India Company shipment, was sold at auction in 1994 in Amsterdam. The retrieval included 24,000 pieces of blue and white 19th century Chinese export porcelain. Recovered were 5,000 decorated pieces with the popular Chinese Willow pattern, the precursor of the Blue Willow, Starburst, Fitzhugh, and Double Happiness patterns.

The lots—sold by Christie’s in Amsterdam—commanded $3.5 million, more than twice their pre-auction estimate. Buyers, collectors and museum representatives came from 25 countries for the sale.

The items had certificates of authenticity, and a sticker attached to each piece for identification (see photos).

The Hội An Hoard Cargo

The shipwreck was found in June 1997 at a depth of 220 feet off the coast of Hội An (Vietnam), and is believed to have sunk in the late 15th or early 16th century. It carried more that 150,000 pieces of Vietnamese blue and white ceramics displaying a richness of form and decoration previously unknown to art historians.

Vietnamese potters developed a sophisticated tradition of shapes and decorative devices that drew traders from China, Southeast Asia and the Islamic world. Unique shapes in the shipment were ewers (jugs) with graceful loop handles and curving spouts. They also boasted under-glaze blue and over-glaze enamel and gilt, with open-work patterns, inspired by Islamic style.

The sale by Butterfields Auctions took place in 2003 and realized about $2.5 million.

What fascinates me are the similarities and differences among these cargoes. Each is a time capsule that gives us a rare glimpse into a period of ceramic history. Although the cargoes all contained blue and white hand-painted porcelain, each shipment appealed to different classes of people, had a unique purpose, and was influenced by surrounding cultures. Hence, their varying forms and designs.

Will more ships be salvaged? And will the salvagers put up with the difficulties of recovery and the many excavation regulations?  I hope so! Meanwhile, there are still cargo pieces available for us to purchase and study. •