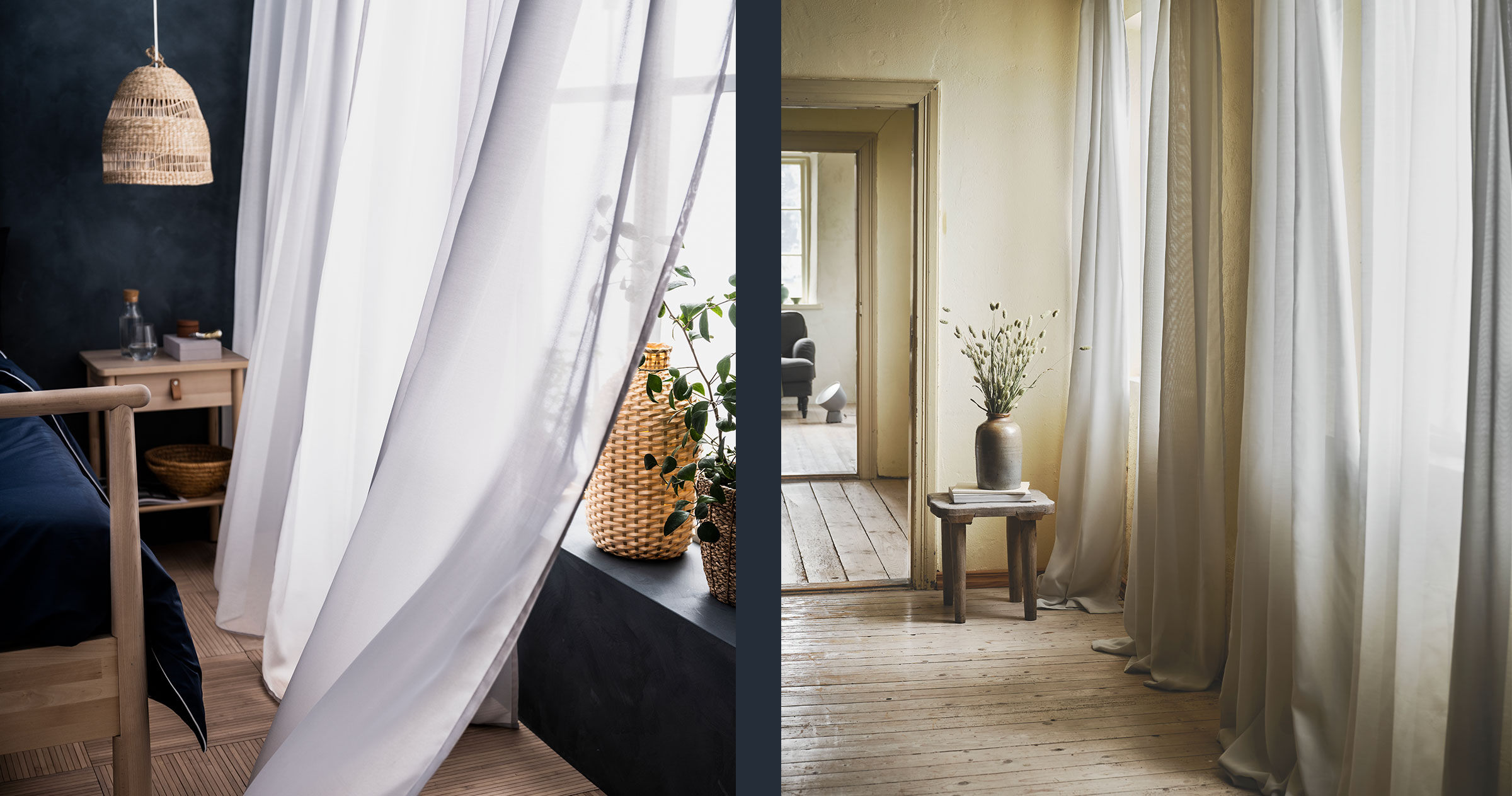 by Clara Salabert
Share on FacebookPin itTweet itSend it

The latest way to purify indoor air at home may not be what you think. Ikea claims to have a simple solution to cleaner air at home with a new product. Thanks to the development of air-cleaning textiles, designers at Ikea have a simple solution to cleaner air. The new Gunrid curtain is made of air-purifying fabric that traps airborne pollutants and breaks them down when they’re exposed to light. The product was released last spring and costs $39.99 a pair on the Ikea website. Colours include grey, pink and yellow.

Indoor air pollution can be even worse than its outdoor counterpart because of the presence of volatile organic compounds (VOC).  And in Canada, indoor air quality can be a problem because windows are closed for much of the year.

The idea of air-purifying curtains came when Ikea’s team was tackling the challenge of how to destroy indoor air pollution without the use of complex filtering systems or electric power. Fabric air-purifiers are unobtrusive in their process of cleaning the air with light, similar to plants.

Mauricio Affonso led the project and the company launched the curtains as part of its innovative air-purifying-textile offerings.

Ikea has been developing the technology in the Gunrid curtain for the several years with the help of universities in Europe and Asia. The curtains purify the air by using photocatalyst technology that, when activated by light, breaks down common indoor air pollutants. According to this photocatalytic air purification paper, the mineral coating in Gunrid could be something like titanium dioxide. This way, volatile organic compounds are chemically transformed by the photocatalyst, trapping such common toxic components as cooking odours and formaldehyde (a known carcinogen) to chemically transform them.

Lena Pripp-Kovac, head of sustainability at Inter Ikea group says, “Besides enabling people to breathe better air at home, we hope that Gunrid will increase people’s awareness of indoor air pollution, inspiring behavioural changes that contribute to a world of clean air.” •

All images courtesy of IKEA, IKEA.ca