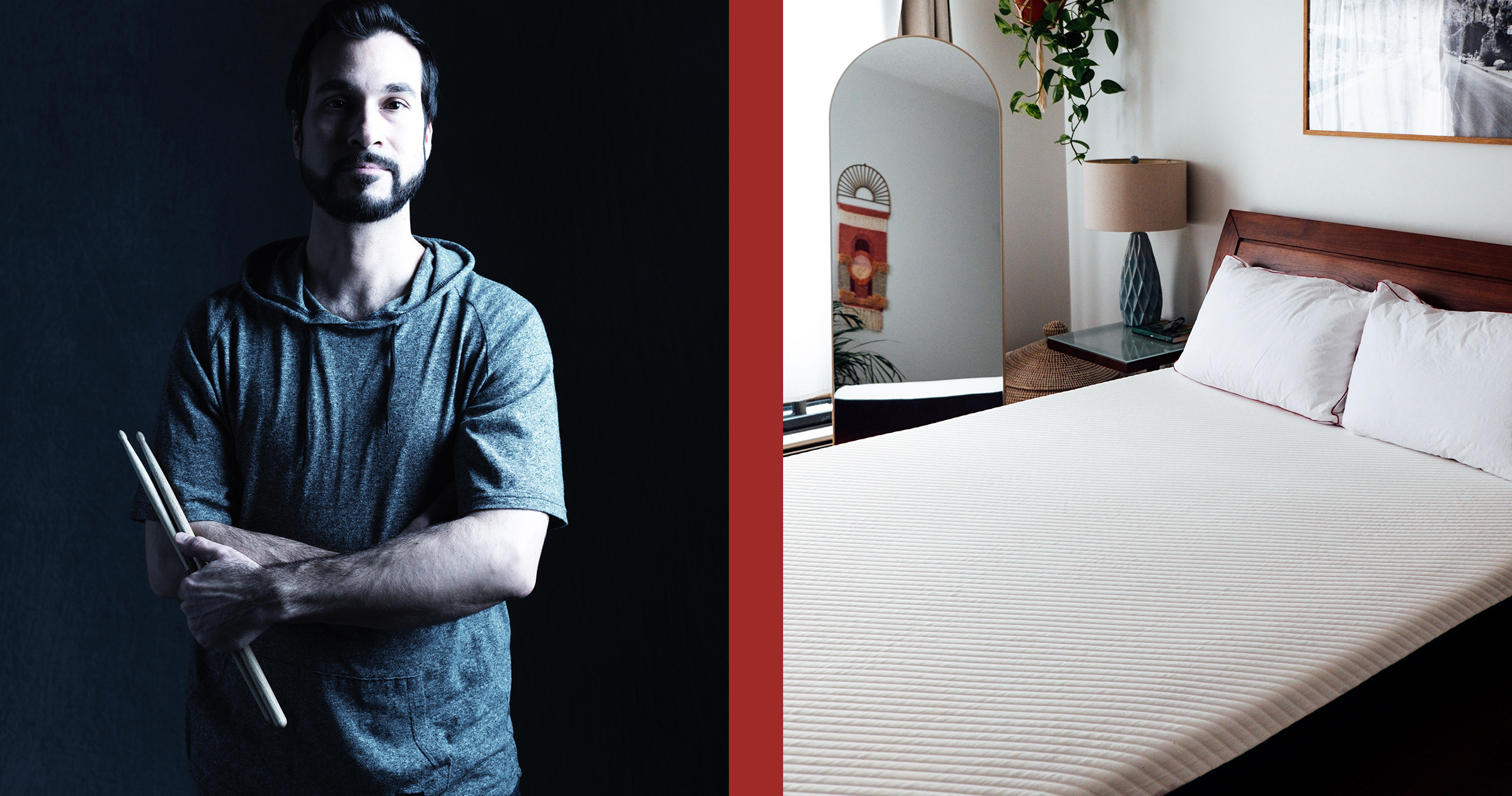 by Varoujan Mardirossian
Share on FacebookPin itTweet itSend it

It was a Friday afternoon, nearing the end of the work day.  I was tired and filthy, covered in plaster dust.  As 5:00 p.m. drew closer, I could feel my excitement growing at the thought of my impending freedom from another long work week.

Then I noticed a box.

It was rather large, oblong and heavy.  I called my boss: “What is this?”, I asked.  She paused, trying to recall.  After checking her inbox of 40 million or so emails, she suddenly remembered… “Oh yes! It’s an Apollo mattress from the folks at GoodMorning.com! They’d like us to try it and tell them how we like it…”

What a coincidence, I thought – I was literally planning to go buy a new mattress the following day (true story). “Can I offer to buy it from you?”, I asked (in earnest).  It must have been my lucky day because instead of letting me buy it, she offered it to me as a gift if I promised to write an honest review of my experience!

I will admit that this is the first mattress review I’ve ever written.  However, I will also say that it’s not the first mattress I’ve tried out at random.  Being one third of the Montreal-based trio, The OM Sound, and having toured coast-to coast across Canada multiple times has afforded me a unique position as a connoisseur of bedding.  I’ve been offered king beds in boutique spa hotels, cozy queen beds in family and friends’ guest bedrooms, inflatable mattresses in rustic yurts, and everything in between…

So I thanked my boss profusely and hung up the phone. I couldn’t wait to try this thing!

I took the box home and opened it, then carefully cut open the plastic wrapping.  What I witnessed next could easily be described as a minor miracle… this incredible queen mattress unfurled and unfolded right before my eyes!

I was immediately struck by the impressive fit and finish.  From the plush, snow-white surface to the gorgeous burgundy sidewalls (which, incidentally, matches my headboard and office chair!), every detail speaks to the thoughtful design and craftsmanship that has gone into this fine masterpiece.

My first sleep on the new mattress felt a bit peculiar as my body adjusted to the unfamiliar sensation of the memory foam.  I tend to favour mattresses on the firmer side and so I was unsure of how I would feel with the Apollo, since it’s rated as medium-firm.  By the second and third nights, I was beginning to get accustomed to the Apollo, as it became moulded and “accustomed” to me. It felt kind of like lying on a giant, fluffy marshmallow. For a few seconds, you feel as though you’re sinking into the surface, as the foam reacts to the weight and contour of your body (it’s quite nice, actually!). But then you feel the robust and consistent support of the pocketed micro-coils and lower layers of high-density memory foam counteracting your mass.

By the seventh night, I had become fully accustomed to the Apollo mattress.  I was enjoying the pliable softness of the top layer, while feeling adequate support and firmness from the lower foundation.  Most importantly, I was waking up feeling well-rested, even pampered!

In mattress lingo, the Apollo is considered a “hybrid” mattress, incorporating a core layer of micro-coils, topped with several layers of high-density memory foam.  This configuration offers a high degree of support, while minimizing lateral movement which could disturb an adjacent sleeper.

One thing that struck me was the amount of edge support it offers.  With my previous mattress, I had noticed that the edge (especially on the side I use to climb in and out of bed) was starting to lose its form. I was pleasantly surprised at the amount of support I felt sitting on the edges of the Apollo mattress, thanks to the reinforced encasement foam along its full perimeter.

The other feature I really appreciate is the machine-washable PolarMAX™ cooling cover.  It unzips easily so you can throw it right in the washing machine.  It’s made with a special yarn fabric that has a natural cooling effect, perfect for those sweltering summer nights we get in Montreal.  Speaking of which, I was happy to learn that it’s manufactured not far from here in Saint-Laurent/Montreal, QC!

I will disclose that I’m a back sleeper and don’t tend to move very much at night. Also, I was using a wood-frame boxed foundation with solid, non-flexing construction. The manufacturer recommends against using coiled or wire grid box springs.

“And on the Seventh Day, he rested”

The verdict? I would definitely recommend this mattress to anyone who is looking for a good quality, made-in-Canada product at a reasonably affordable price point.  At $1,249 MSRP (Queen size), the GoodMorning.com Apollo is certainly more costly than your average entry-level mattress, but well worth it.  It’s backed by a 120-night in-home sleep trial so if you decide it’s not for you, the company will arrange for it to be picked up and sent to a local charity or recycling partner.  Buyers can also rest assured (pun intended) with its exceptional 15-year warranty.  Take it from me, the touring musician who has tested beds in every Canadian province – you can’t put a price on a good night’s rest! •

You can get your very own GoodMorning.com mattress at… you guessed it: GoodMorning.com
Pour en savoir plus, voir le site web BonMatin.com
You can check out The OM Sound at www.TheOMSound.com

We received a GoodMorning.com mattress for free in exchange for our honest review. All opinions are those of the author.