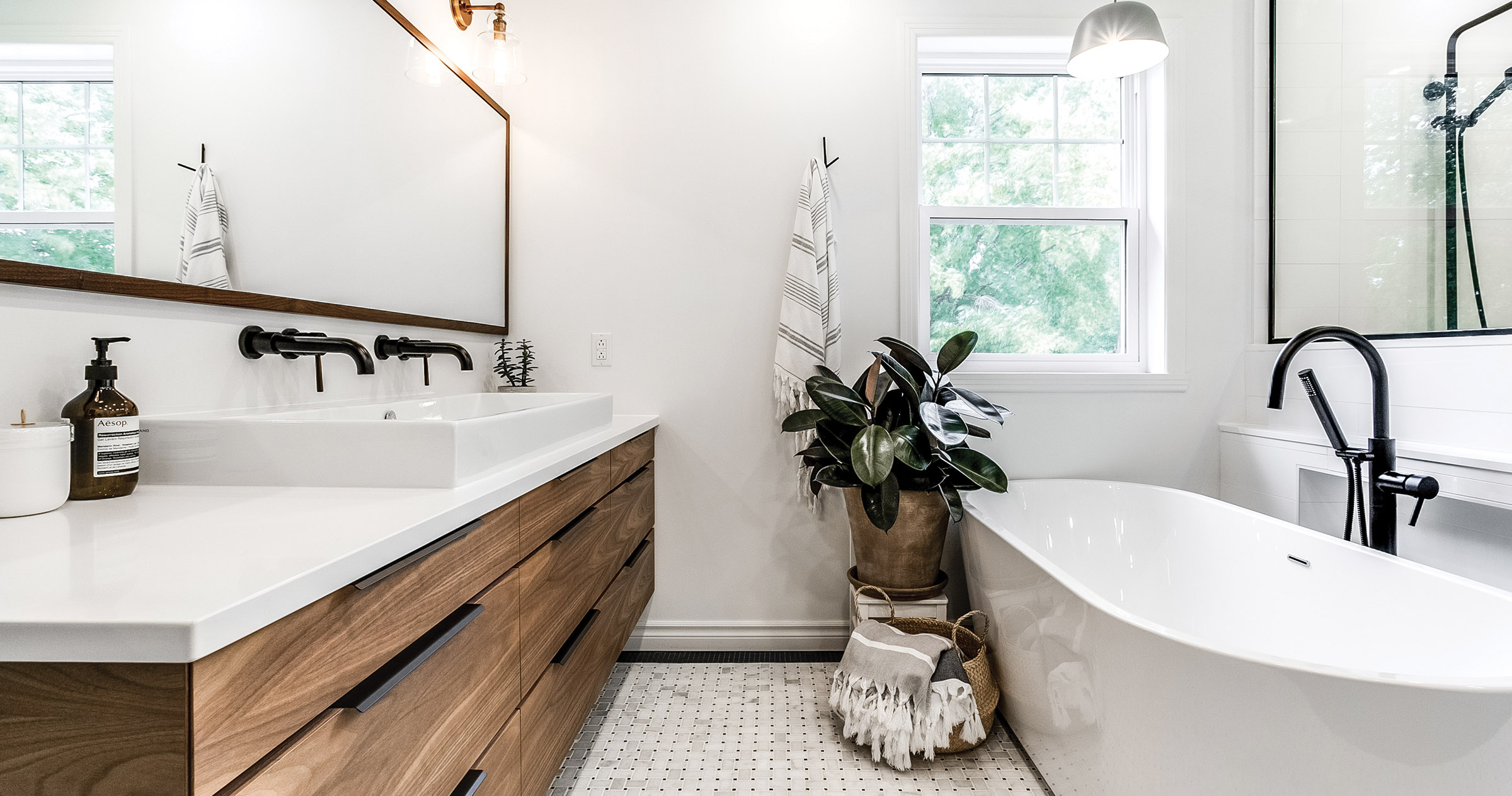 This Longueuil bathroom was designed for the whole family, including a child who soaks in the tub with her toys

Some families congregate in the kitchen, while others like to chill in the family room; then there are those who, at the end of a long day, relax and catch up with each other in the bathroom.

That’s why Anne Scheffer made it clear to her designer that the family bath in her Longueuil home needed more than just a great tub and shower, it needed space for seating, too.

“It’s the first thing my designer asked me. ‘How much time do you spend in the bath?’ ” Anne says. With an eight-year-old who takes 30-minute baths every evening, the answer was lots of time. “We chill with a glass of wine, and wanted a place to sit and relax with her.”

The solution was a two-foot-by-three-foot bench, and built-in storage for the toys that find their way into the tub, too. “She plays a lot in the bath. We didn’t want the Barbies and Shopkins all over.”

The new room, says designer Gatline Artis of Entre 4 Murs, is contemporary with a classic touch. “It looks a bit like a cocoon,” she says.

At 10 by 12 feet, it’s a comfortable space, but not especially large. In the old, pink 1980s bathroom, the bath and shower were combined, and it was important for her clients to separate them. To make it more practical, a ledge was added to the dividing wall, to hold a wine glass or a book. A niche was built in to add a little storage. “We didn’t want it to be too visible, though,” Artis says. “We gave them a lot of options, and did a lot of talking with them to make sure it would meet all their needs.”

The vanity was made to measure in walnut, and holds just one sink, an extra-wide one with two sets of faucets. “I’m very into wood and white,” says Anne. “I like the warmth of the wood and the white is very calming and clean.”

The plumbing fixtures are black, another request by the homeowner, who loves that the designer also incorporated black accents into the floor tile pattern and used them to trim the shower glass. The glass installer, however, wasn’t convinced and kept trying to talk her out of it. “He thought it would be weird, but I said, ‘It’s not your design!’ I had to argue with him,” she says. “In the end, he liked it, too.” •