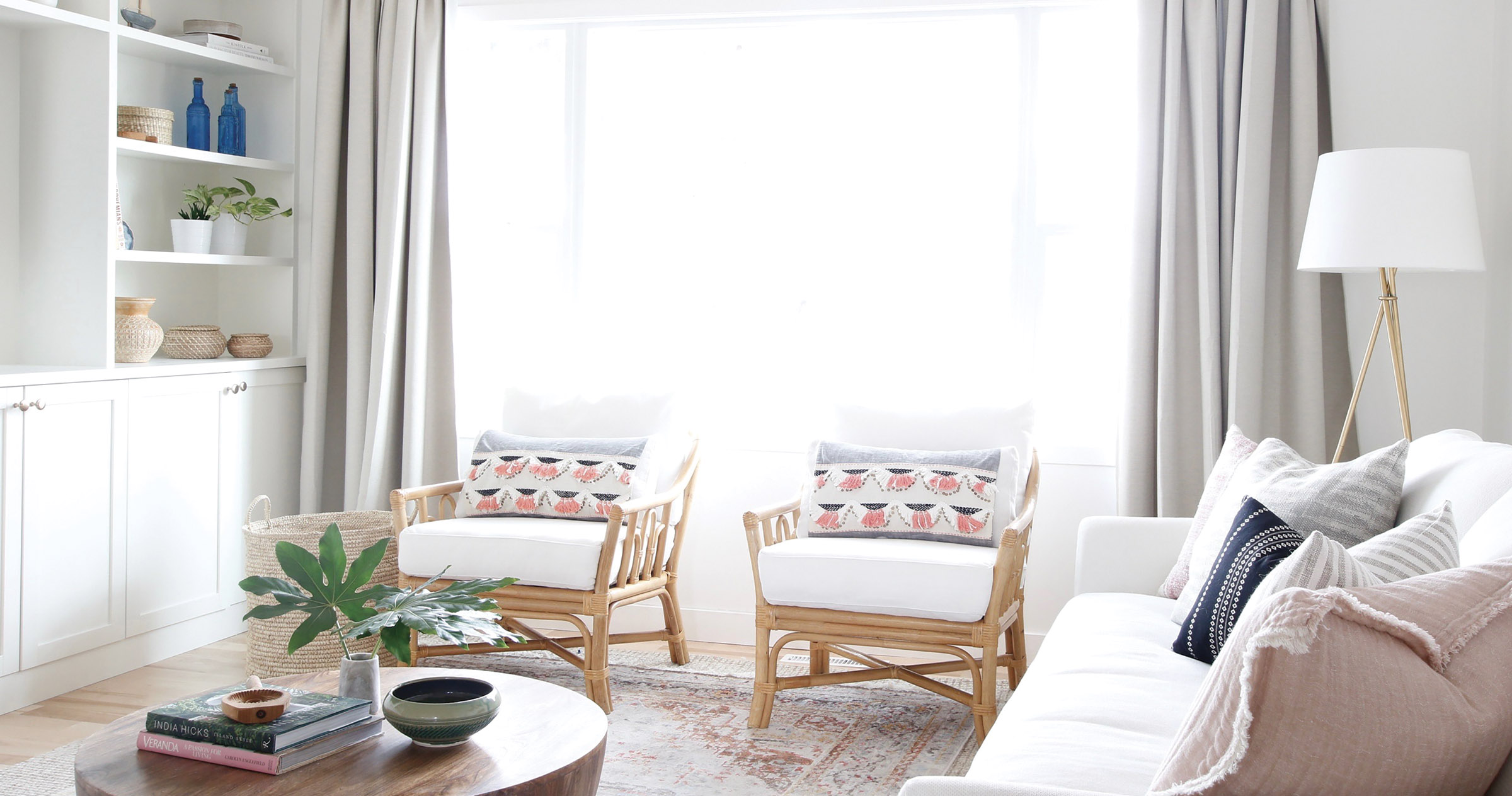 With A Little Help From My Friends

Janelle Scalise and Laura Tonopa became friends after living parallel lives in childhood. Although they grew up in the same community – Virden, Manitoba – and attended the same school, before moving to Calgary after graduation, they weren’t good friends. It’s probably no surprise, however, that when they did eventually meet again years later, they instantly clicked.

“We connected when we had children, about eight or nine years later,” says homeowner Janelle, who lives with her family in this bungalow in the North Haven neighbourhood. “We already had our relationship established when my husband and I started renovating our home. It was easy to confide in her. She understood my style.”

Tonopa, the founder and principal designer of LT Interiors, jumped into Janelle’s project. “Janelle and I have been friends for years,” she says. “‘Janelle is super-chic and fashion-forward. We collaborated on the big ideas, such as furniture and styling. It was fun to work with her. We both have young kids, born two weeks apart from one another, so I understand her need for practical, functional living solutions.”

Janelle and her husband, Mike, had bought the nearly 1,100-square-foot bungalow in 2010. They now had the two children (and a dog) and were feeling cramped in their home, and so began seeking a larger place.

“We wanted to be inner city,” Janelle says, “but there were not a lot of options.” After house-hunting and realizing that they could find what they wanted only outside of North Haven, the couple decided that they would stay put and renovate their home, making it more spacious without changing the footprint. Apart from being pragmatic (and probably economically advantageous), this decision was in line with their ethos. “We’re mindful of waste and the environment, and we repurposed as much as we could,” Janelle says. “In a small space, you have to maximize every square inch.”

“Everything had to be functional and practical,” Tonopa notes. “A lot of thought went into decisions – for instance, having washable, durable fabrics because of the children. There’s a casual element to the space for easy living. Janelle’s aesthetic is bohemian with a chic twist. We blended function with the sort of style she gravitated towards.

“Being friends made it easy and natural because we have so much in common,” she adds. “If Janelle came with a design dilemma, it was easy for me to guide her. I knew what she would love because we have similar tastes and live parallel lives.”

Janelle and Tonopa had walls removed and intrusive fireplaces ripped out. They delegated spaces for family needs and made ingenious use of inexpensive materials. Tonopa was thrilled to see the DIY custom built-in bookcase constructed by Janelle’s parents. It is a wall unit along one side of the living room that affords space for a television, shelves to display favourite accessories, and a lower layer of closed cupboards to store children’s toys and other items. Tonopa says of the DIY installation: “The decorating process can take longer when you’re trying to find cost-saving alternatives to ideas you have. When you do it yourself it takes longer, but the payoff is bigger. You can get great looks for significantly less.”

Both Janelle and Tonopa cite the kitchen makeover as their favourite part of the reno, and Janelle emphasizes the vital role her parents played in its success. “My parents did the demolishing, and my mum redesigned the layout,” she says.

The kitchen had felt closed-in and cramped, with corner cabinets using up space in an inefficient way. Down came the corner cabinets. Out came the rest of the cabinets, to be shuffled around and reinstalled in a more efficient pattern. There was space for a new fridge, with some of the old cabinetry moved next to it and reconfigured into a built-in glass-fronted unit atop drawers.

The kitchen window was “our biggest move,” says Tonopa. “The back wall used to have two smaller, mismatched windows. We replaced them with one larger window. It opened up the space and brought in a lot of light, making it a real focal point.”

Janelle’s parents worked similar magic in the bathroom. They re-used the original cabinets but changed the hardware. They also removed a large, dominating wall mirror and replaced it with smaller mirrors, surmounted by sconces, over the two sinks.

The smallest change can have the biggest impact, Janelle notes, adding that “we love it here. Even if our family grows, we won’t move. We love our community, and we will compromise on space to live in this area.” •