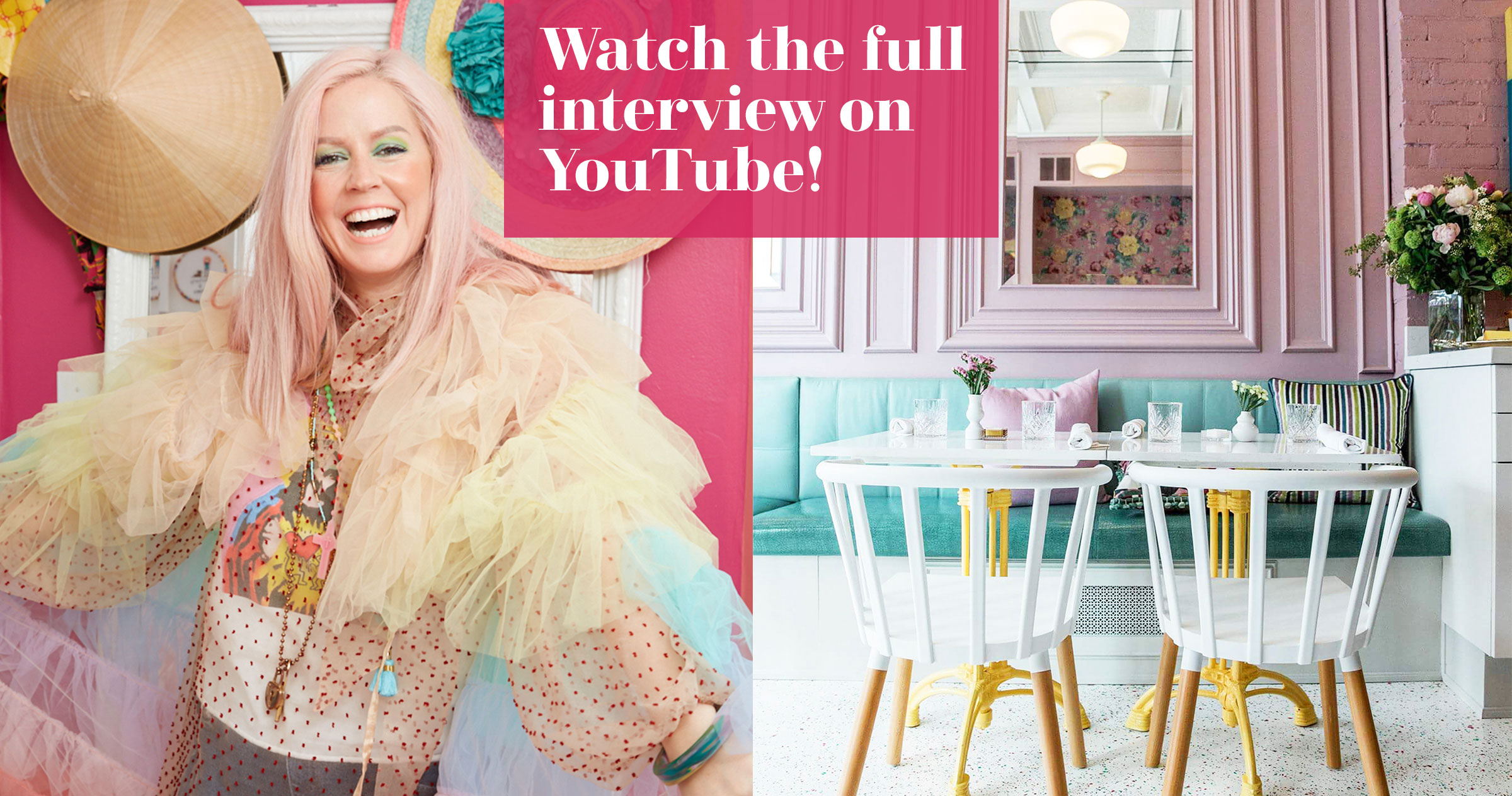 Designer Tiffany Pratt uses colour and creativity in everything she does

It was a grey and blustery day in February, and I was thrilled that I was able to walk up the stairs to Tiffany Pratt’s Toronto apartment. My broken knee had barely healed, and it was my first trip without my cast and cane. Who could have foreseen that three weeks later we would be in a new world of miseries, quarantined with COVID-induced heartaches?

I hope that our readers have been able to enjoy our magazines from the comfort of their homes, with a minimum of health issues. I hope that articles such as this have provided some inspiration by illuminating our homes and bettering our lives.

Someone as brilliant and creative as designer/artist Tiffany Pratt was the perfect person to have interviewed just before the quarantine lockdown. As we sat down to talk, she said there are many things in her home that are about keeping one’s spirits strong, keeping our creativity at the forefront, and ensuring that “colour is always king.” I retorted that in Tiffany’s case: queen!

“At a really young age, I knew colour made me happy. I was always moving things around. I was always making stuff because my mom is a creative person. We always had paints in the house and sewing mchines and she just always let me play.”

Tiffany’s apartment is on the top floor of a building in the coveted Beaches neighbourhood of Toronto, near the Lake Ontario shoreline. She got a good deal on the rent years ago and has spent a lot of time and energy making the apartment her own, using one room just for her clothes. All of the walls display her paintings and collections, and most of the furnishings are her creations or found objects. There is not a spot or a space that does not scream “Tiffany was here” or “Tiffany has made this her own.”

As we sat down together, Tiffany spoke about her mother. “She was a creator who just taught us to know who we are and go after what was important to us,” she says. It is this love of the creative urge that Tiffany used to teach art to children and adults at her Toronto studio, Glitter Pie. She put it into her book This Can Be Beautiful. And she infused it into her television programs, Home to Win and Buy It, Fix It, Sell It.

After a short stay in Australia where she mostly painted, Tiffany studied apparel and textiles at the Fashion Institute of Technology in New York City, but did not graduate. Then she worked at the Saks Fifth Avenue Club as a personal shopper. After that job, she branded a hair care line, and moved into interior design when she and her partner bought a home in Connecticut and she began designing it. This led her to “crafting” or “making.”  She refers to herself as a “maker.” Like all great creatives, as I always say, she has her own lexicon, and “maker” is one of her most important words.

It was her thrifty, funky, salvager style that quickly put Tiffany on the map. Her great television persona and use of social media soon made her well-known across Canada and then in the U.S.

In 2008, after a decade in New York, she returned to Canada to be closer to family. She opened Glitter Pie and it was here that her television career was launched after Toronto’s Breakfast Television broadcast from the studio, permitting the city to appreciate her charismatic presence.

She helped my stepdaughter design her nursery for the birth of her first child. “We incorporated new and old items to give her a playful and one-of-a-kind aesthetic,” Tiffany says.

She says people appreciate that she’s thrifty.  Her craftiness enabled her to develop a large clientele whom she has fun working with: “I’m going to add things, to upholster what they already had, to paint existing furniture,” she says.  It also differentiates her from some designers who encourage their clients to dispose of their belongings and buy new.

Tiffany is clear about what distinguishes her from other designers. “Some other designers don’t want to put their hands in it,” she says. “They don’t want to put in the tiling and paint the floors. One of my very, very, very first gigs here in Toronto was a condo that I did with my own two hands by myself—painted out the kitchen, ripped up the floors.”

Similar in philosophy to other contractors and designers we have come to love in this series, Tiffany believes that the more she knows and understands her projects, the better. “When you learn how to create, it gives you greater power because you can understand the tradesmen and you can explain things with authority,” she says. “You’re not just some diva that’s pointing your finger in your high heels, telling them what to do.” This do-it–yourself attitude has made Tiffany popular. Her way of explaining things to people enables them to create their own projects that keep them and their children busy and happy.

For many of us, the past few months spent mainly at home have given us an opportunity to take stock of our homes and our situations and to be grateful for all that we have, including our health. But it has also been an opportunity to clean up and clear out our messes. And now, more than ever, what preoccupies Tiffany is the idea of recycling.

“I did not come from lots of cash where I felt like I had the ability to waste what I had. I knew that everything had to be repurposed in order to look like there was more. Part of the thriftiness and being creative is to use what you have, to make it look like it is more than what it actually is.”

Tiffany’s ideas about recycling and repurposing are important. “I’ve always been so sensitive about the planet since I was a little girl,” she says. “I don’t know why, but it’s always hit me how valuable our resources have been. I remember being the president of the pollution solution club in elementary school, and I’d clean the garbage off the school yard.

“I love understanding that there’s a history to what we already have. I love showing people their own things back to themselves in a new way. I love integrating stories of things-past in a super-styled environment where people would never have imagined this piece of paper or this piece of art in a new context.”

It is a timely message that the Queen of Colour has for us, and she claims that it has always been her message. Even when she was teaching art in a studio down the street, she emphasized the use of recycled and recyclable materials. She says it’s important branding for personalities to consider before they become big names. “Who are you, really? What do you stand for? What’s important to you?”

She was nominated for a Green Toronto Award. “You use renewable energy, you have to be your message every day,” she says. “It’s not just for the public. It’s not just for consumption in magazines. You have to activate the things that are important to you, even when the cameras aren’t rolling, because that’s what actually creates the difference.”

Of course, she is right. But how many of us are able to live the message, to actually learn how to use those complicated composting and recycling bins?

And last, I ask Tiffany what we all want to know: what’s next for Tiffany Pratt?

“Being a guide for others to understand that if this crazy pink-haired whack can do it, you can do it too,” she says.

When I dare to ask if Tiffany thinks that everyone can be creative, I get the lesson for my year: “We’re not just creative through music or conceptual or physical art. That’s not the case,” she says. “Art is everywhere. Art is in our buildings. Art is how things are made. It’s all art. We just have different faces. We believe that we’re not artists, but everyone out there doing their work is an artist.

“And so, I want to help or teach or support anyone in their creative journey as an artist, as a designer, to do the same.”

This is the brilliance of Tiffany Pratt. She has been very clear in showing the world who she is. She is open and bright and likeable. Let her light shine on us and let all her colours come shining through. Carry on, Queen of Colour! •