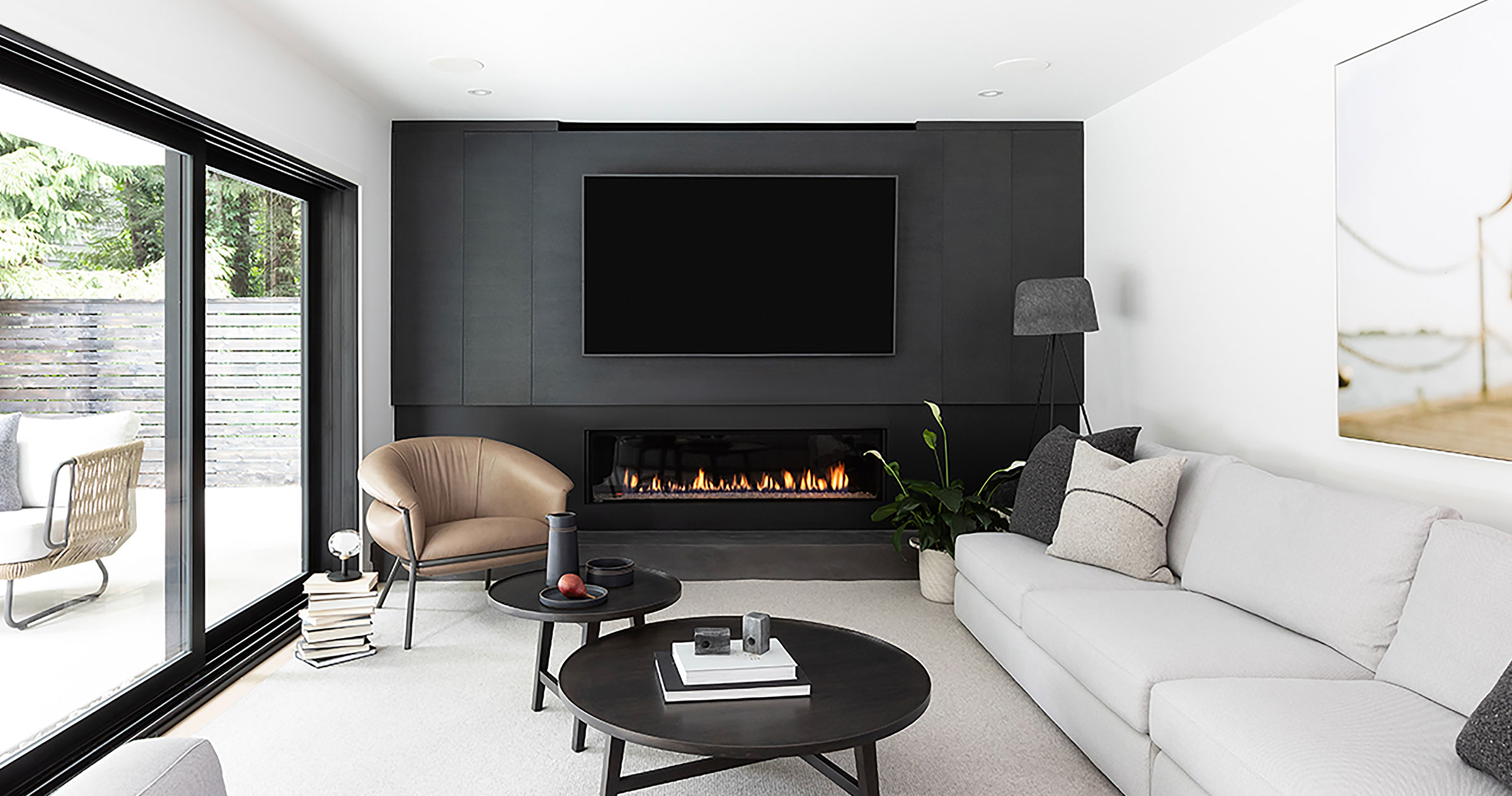 Just the right combination of white and black walls, custom millwork and well-chosen furnishings took a tired North Vancouver home from the early 1980s and transformed it into a vibrant, contemporary living space. The difference that the contrasting black and white palette made to the interior was like night and day. Even the home’s former red-brick exterior got a black- and-white makeover to match the urban look inside.

“We love it; we absolutely love it,” says Susie Da Silva, who along with her husband, two daughters and two cats moved back into their 3,088-square-foot home in August 2019 after six months of renovations. “My husband really likes black. I love white. The designer helped us balance the two.”

The designer who made it all work was Jamie Deck, owner and creative director of Shift Interiors of Vancouver. Deck says many clients are attracted to the idea of using black to update their living spaces. Over the past few years, black has been named colour of the year by several arbiters of design. However, when it comes to making the final decision, she says, they often shy away from the bold idea. In this case, Deck says, she is happy the couple stayed with their choice. Benjamin Moore’s Chantilly Lace (OC-65), a crisp, clean white, and Black Tar (2126-10), a bold, saturated black, were exactly what the four-bedroom home needed to bring it into today’s world. The two colours are used throughout.

With limited natural light on the main level, and a layout characterized by angled ceilings of varying heights as well as limit- ations in the number of interior walls that could be removed, the white walls helped to open up the main living space. “We really flooded (the home) with white,” says Deck. “Architecturally, it is a complicated space. By using black, the white looks even whiter. The space became even brighter. Between five to 10 per cent of the overall decor is black.”

The entire two-storey house was renovated. On the main floor is the kitchen, an adjacent dining area, family room, living room, entrance hall and stairway. On the second level, there are three bedrooms. Using the same black-and-white palette throughout brought it all together.

Rift-cut white oak was chosen for the floors on the main level as well as on the new staircase to the second-floor landing. The neutral-coloured flooring serves as a backdrop to the black and white palette while it harmonizes the space, says Deck. In the kitchen, white was chosen for the custom cabinetry, matching the quartz backsplash and countertops of the island and the adjoining table. Black pot lights on the ceiling, white-coloured bubble sconces and a smoked-glass lighting fixture over the dining table flesh out the contemporary design.

Further brightening the space, new and larger windows with black matte moldings were installed on the main level. After the back wall of the house was bumped out, two new windows were installed in the kitchen. And three new floor-to-ceiling windows went into the family room. They open from the bottom like a garage door, allowing easy walking access to the patio and facilitating outdoor-indoor entertaining.

The ultimate dramatic touch is the black wall in the family room. There are four components to the chic blackness: a black flat-screen television, black matte cabinetry on each side of the TV, a five-foot-wide black gas fireplace, and a black faux-concrete hearth surrounding the fireplace with a matching ledge running the full width of the wall.

Homeowner Susie Da Silva says she and her husband could never have imagined it would turn out as well as it did. Both work in real estate—Susie in marketing and her husband as a developer. In the back of their minds, she says, they secretly thought they could always sell the house if it didn’t turn out as they had hoped. That isn’t the case, of course. In her words: “We don’t foresee going anywhere.” •