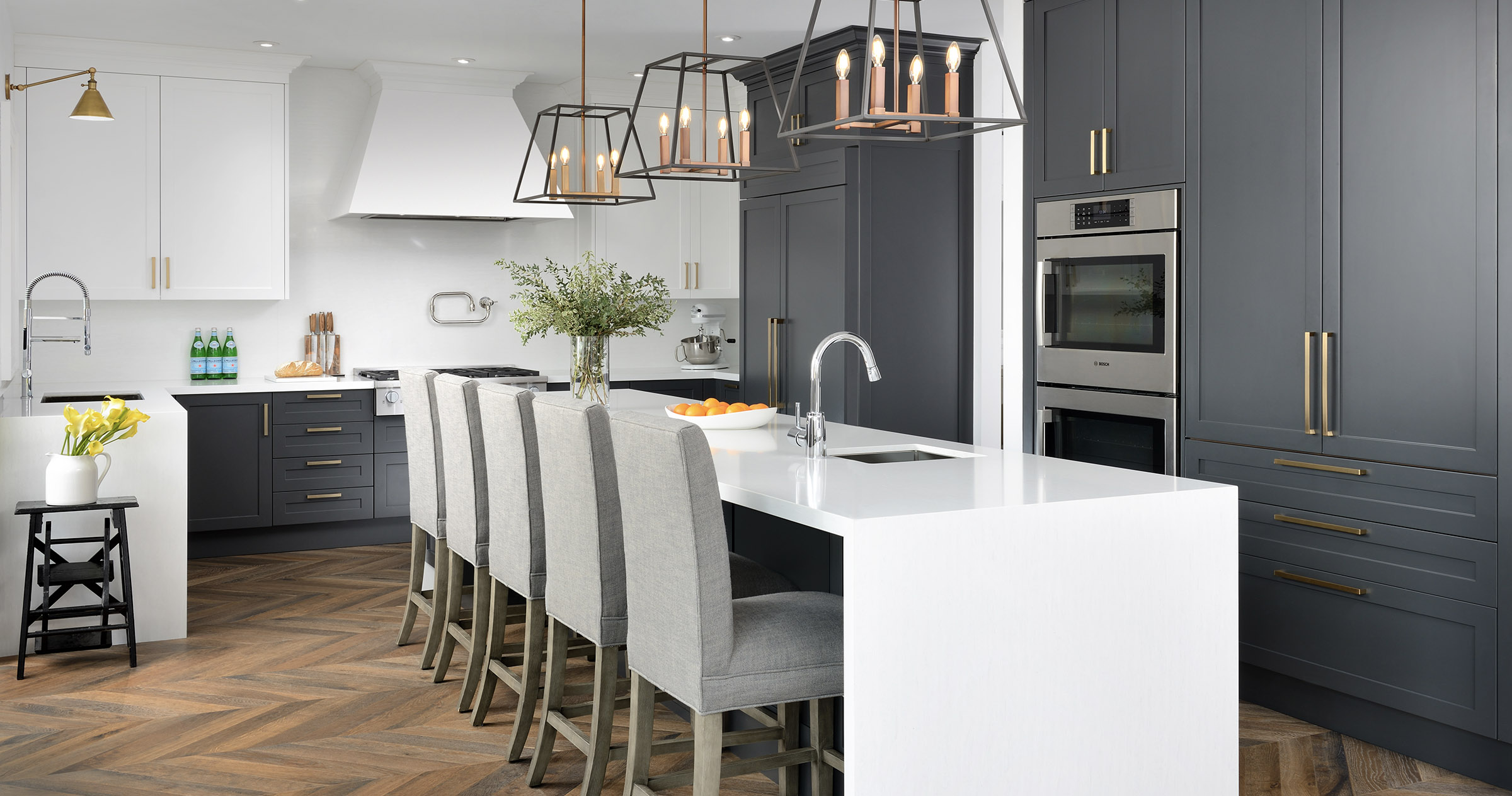 After a fire, a rebuilt kitchen is the same – only better

The year 2017 began horribly for Joanna Marraffino, her husband, and their two children. While they were out one January day, a faulty heat exchanger in their North Toronto home caught fire, and the house burned.

“It was completely, utterly devastating because of the loss of our dog and cat rather than the actual house and contents,” Joanna says. I knew everything could be replaced and rebuilt. But I wanted Albert and Mylo to have survived.”

The house was subsequently gutted down to the external studs, she says.

But this determined woman and her family were not to be defeated. By February, they were planning to rebuild on the same lot with the same footprint.

Joanna had been the contractor in 2004–2005 when the home was originally built, and she was not daunted by the idea of rebuilding. However, she wanted professional advice on some aspects of the plans, so she sought assistance at Yorkville Design Centre, owned by architect Thomas Tampold, an acquaintance of her husband.

Interior designer David Neff and designer Viktoriya Dacosta began consulting with her in February of 2017, construction began in the spring, and the house was liveable by Christmas that year, although it wasn’t fully finished until April 2018. Neff and Dacosta worked with Joanna on the ground floor as well as several other spaces in the house. The construction was done by Battiston Construction.

Unlike most “new” builds, the concept for this one didn’t start from scratch. “The house looks larger than the old one, but it isn’t,” says Joanna. “I kept it the same as the old one, because the footprint worked for me.”

She also kept the same basic layout in the kitchen with regard to work surfaces, appliance locations, and plumbing, but tweaked some aspects. “When you live in a house for 10 years, you understand what you like and what you would have done over if you had the opportunity,” she says. “Well, that opportunity arose.”

Neff and Dacosta helped with the fine-tuning. “She had an idea; it was just making the space work for her,” Neff says.

Joanna made one major change. Before, there was a wall between the kitchen and the family room, and the kitchen was open to the dining room. “We’re huge entertainers,” Joanna says. “Every time I sat in the dining room and I’d look into the kitchen, if I saw the dishes were not done, I would always get up and leave the table to go do something.” That temptation is now gone; there is an open kitchen-family room and a closed dining room.

Some other tweaks include a larger island with an integrated beverage fridge, wall ovens and a cooktop instead of a range, hardwood rather than tiled floors, more drawers and fewer cabinets, and lighter work surfaces combined with dark cabinetry.

The design team was happy to be working with their knowledgeable and decisive client. “She knew what she wanted,” says Dacosta. “It was really refreshing, working with someone like that.”

Neff says, “She’s very smart in this area and knew a lot and was able to make a lot of good decisions quite fast and easy. We loved the colours she chose. It’s not often that you get a client who wants a black kitchen. And her choice of hardware was excellent. She has a good design sense.”

All the cabinetry was made to order by Downsview Kitchens and installed by Peter Choi, whom Joanna terms “a master.” Cabinet interiors are walnut. “I love the walnut, Joanna says. “It looks very modern but gives a traditional warm feeling.”

That L-word comes up often when Joanna discusses her kitchen: “I love it,” she says. I love my home. I love being home. I love entertaining. If people suggest we go out to dinner, I’d rather stay home and cook.”  •

Get hooked on crocheting