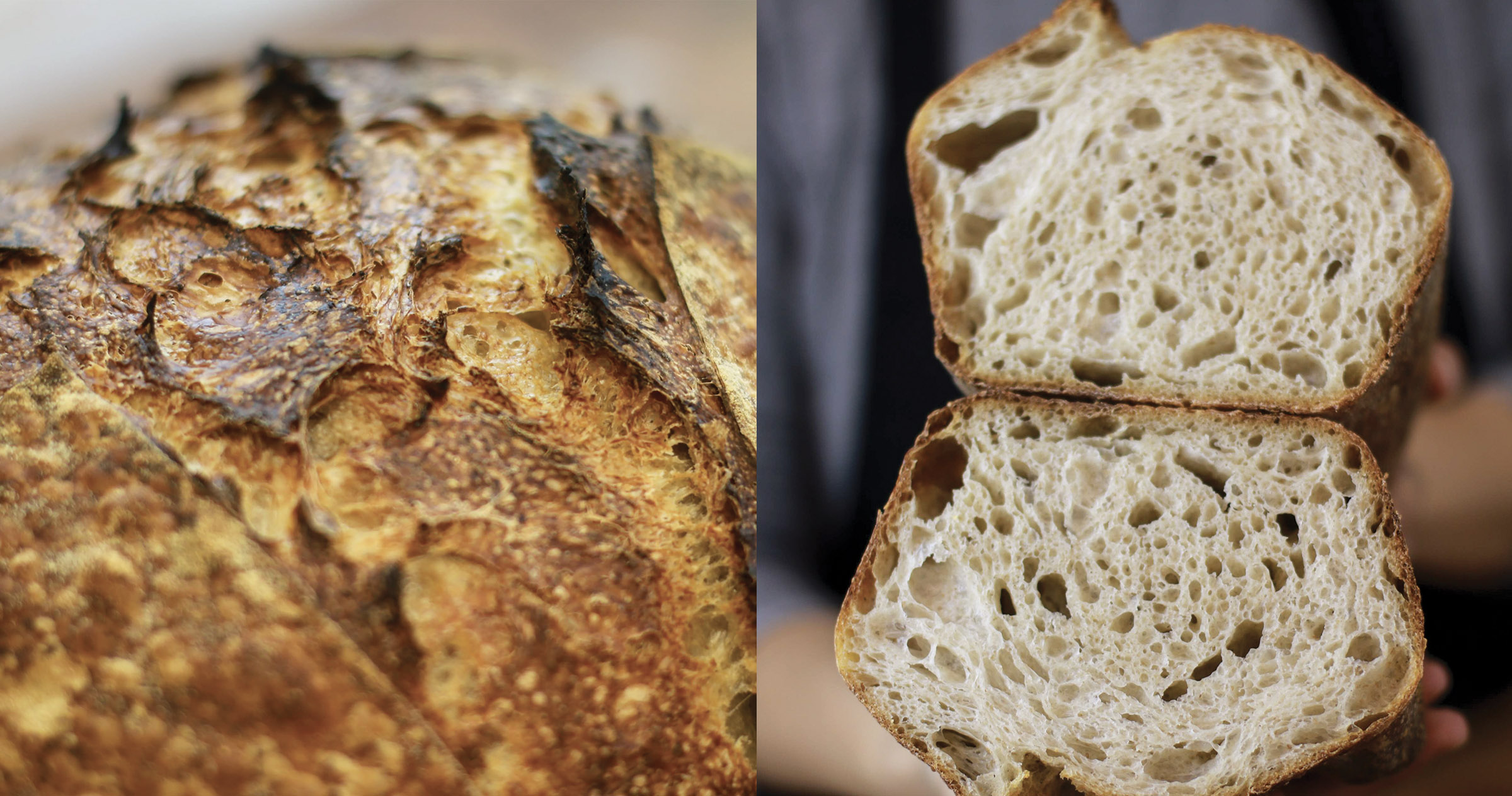 Few culinary experiences surpass the sweet, somewhat malty aroma of freshly baked bread. The smell transports us back to childhood, when such homemade or bakery goodness made us salivate.

Food scientist Amalia Scannell and her team at University College Dublin have identified the nearly 20 volatile compounds that give bread its aromatic notes and prompt the “odour-cued memories” that make us nostalgic. Of course, there’s milk, butter and yeast, but also undercurrents of baked onions, grapefruit, cooked spaghetti, green olives, and even flint.

The overall scent is a strong trigger because our smelling faculties are closely linked to the parts of our brain that deal with memory and emotion. Plus, bread is such a childhood staple. In a survey by the same UDC team, 89 per cent of 1,000 respondents said the aroma of bread made them happy – 63 per cent related that it evoked happy memories. No wonder folks are flocking to bread-making courses.

Classes ranging from lunch-and-learn sessions to full-day workshops promptly sell out at the Depanneur in Toronto. “People increasingly appreciate the meditative qualities of working with their hands to create wonderful food,” says Leo Baduria, one of many artisans whom the Depanneur features in food-related events.

He became passionate about bread while living in Montreal where boulangeries abound. He later upped his skills at bakeries in France and Italy. The Depanneur’s lunchtime sessions demonstrate how to make focaccia, fougasse and other delicious flatbreads from scratch. “Everyone’s amazed that we make pizza Margherita and tarte flambée so fast and get to eat it right away,” says Baduria, whose workshops include artisanal bread and croissant classes.

The full-day workshop covers everything from the flatbreads to baguettes and brioches. “We show how to make and handle the different types of dough,” Baduria says. “Students practice folding, kneading and shaping to know how to gently help a dough to develop to its full potential.”

Baduria and his team share such tricks as how to make the epi cuts in a crust reminiscent of wheat spikes. Everyone is encouraged to subsequently post their home efforts on social media.

“Our students definitely gain a greater appreciation of what goes into making artisanal bread,” Baduria says. “They understand why a baker’s sourdough costs $8 when you can pick up commercial loaves for $2.”

The ability to determine what goes into our food is part of what drives people to classes at Prairie Boy Bread in Toronto. “People are reassessing what they eat and how it’s made,” says co-owner Grant MacPherson, a former organic vegetable farmer now committed to wholesome baking. He uses only organic grain and flour grown and milled in Ontario from producers he personally knows.

MacPherson began giving courses two years ago in response to customer requests. “I saw it as an opportunity to convey information and dispel myths,” says the former Winnipegger. “For instance, bleaching has nothing to do with a flour’s whiteness but the processes used to stabilize it.”

He says that the wild yeast and lactobacillus bacteria culture “we use is technically the same thing as a sourdough starter, but we take great pains to ensure it’s never ‘sour.’ ”

Each class is shown steps that allow students to capitalize on time. “After we discuss the grains and other basic ingredients that should and shouldn’t be in bread, we shape the dough for a ‘country white,’ our most popular loaf, that was mixed earlier and proofed overnight,” MacPherson says. “About half-way through the class, this dough is done proofing and the students can bake it before they leave.”

Next, they learn to make a mother dough/starter and can take a portion home to bake future loaves. “Then from a leaven that we already started to mix, we prepare a dough that everyone can also take home to bake the next day,” he adds.

The entire process is explained so that students can work backwards to know how long ahead of time they should start preparing a loaf for a special meal. Some of us might already be wondering if it’s worth all this effort.

“I always joke that my students learn from my class why it’s easier to pay me to bake their bread,” MacPherson says. “Even if people do it just this one time, they have a greater appreciation for artisanal food.”

For those who persevere, the reward is warm bread with a rich texture and superb flavour. “Fermented bread is also easier to digest and improves our microbiome health, making it easier to absorb the nutrients from other food.”

Nevertheless, that mother dough can be a handful. “Websites for sourdough enthusiasts constantly feature recipes for pancakes and muffins, because home bakers are constantly looking for ways to use excess starter,” MacPherson says. “We tell our students to email us for a bit of starter if they’re occasionally baking.”

Otherwise, it’s like owning a goldfish, warns Jed Grieve, the owner/founder of Cook Culture in Vancouver and Victoria. “You can’t go away for the weekend because it needs to be fed some flour regularly,” he explains.

If a starter is too cold in the fridge, the yeast falls dormant, he adds. Too warm, it becomes overactive.

Grieve learned to appreciate the art of baking from his mother who prepared loaves at home when she wasn’t creating pottery. “Both look simple but take effort to master,” he says.

Cook Culture started out as a kitchenware store where classes were held so that people could discover how to use equipment to improve their preparation of locally grown food. “We’re geographically the largest culinary educator in British Columbia now, teaching more than 25,000 people a year to cook better,” he says.

The bread-making courses are in high demand. “People are embracing this challenge, because the bread is so delicious and healthy,” Grieve says.

Cook Culture helps people to achieve success at home by explaining the tools of the trade. “For baguettes, a couche – a muslin cloth packed with flour – proofs dough beautifully,” Grieve says. “A ceramic bread-loaf maker captures enough of a dough’s moisture in a standard electric oven to replicate the lovely crust but moist interior of a baker’s loaf.”

These expert bakers won’t lie: perfecting bread takes practice, but courses eliminate a lot of frustrating trial and error. Plus, they’re sliced up to be fun.•

Heliotrope A waft of lilac blossoms in the warm spring air. A whiff of heliotrope in a window box. The...