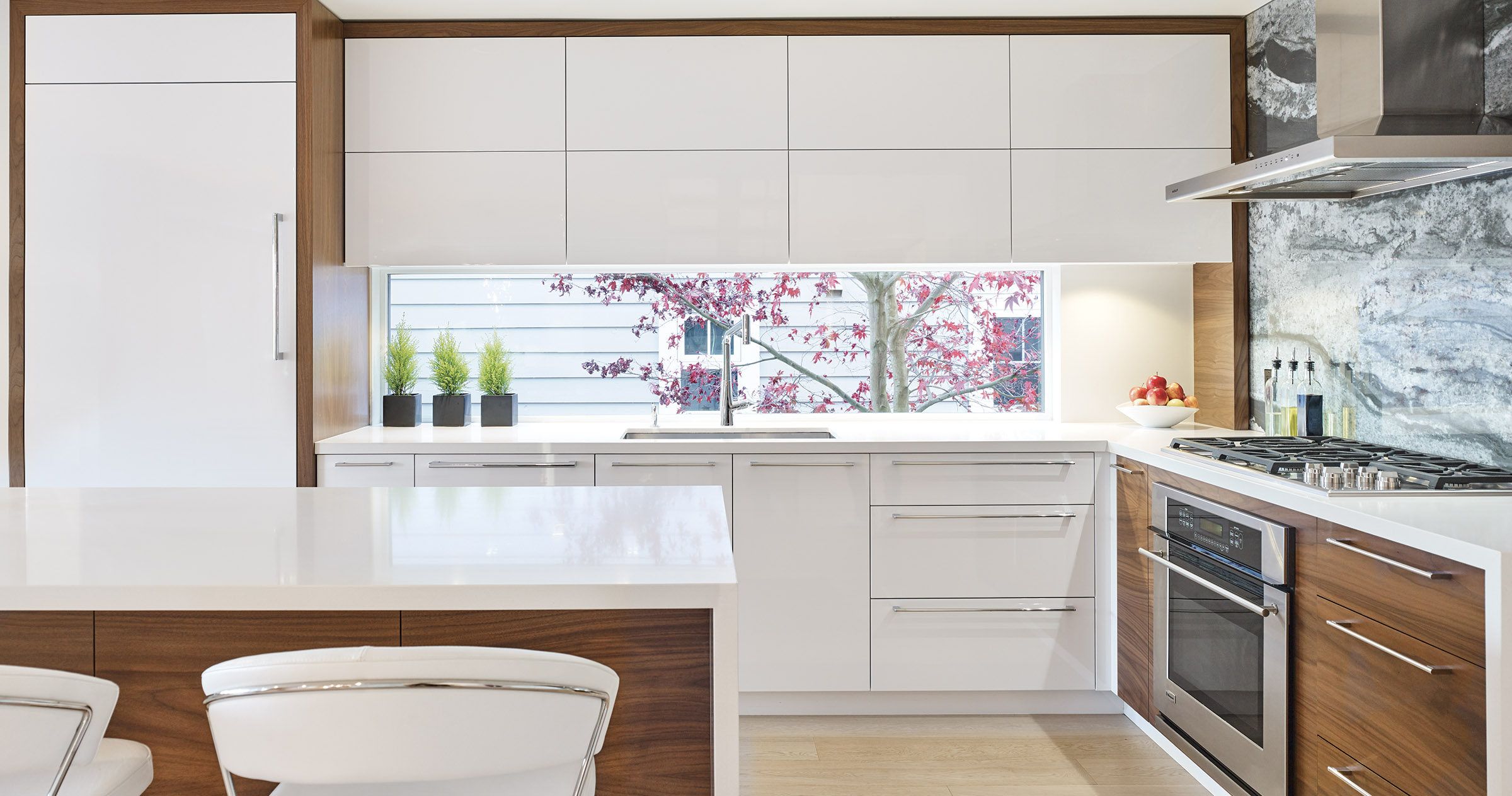 It Started Out Small

Anyone who has ever been involved in a home renovation project can relate to the notion that sometimes, the job ends up being somewhat bigger than originally planned. It is understandable, really. If you are in the midst of tearing down walls and living with the dust and disturbance of workers redoing your kitchen, why not just get the adjoining laundry room done at the same time? Or the powder room?

It happens, right? After all, it would really just bring everything together. It just makes sense.

Jennifer and her husband Mike own a two-storey home in West Vancouver. They bought the house, which was built in 1988, in 2007. Much of it had been renovated over the years, except for the bathrooms. And this is how their story begins.

“The original idea was: just do the bathrooms,” Jennifer says. “And then, ‘let’s do the kitchen.’ The kitchen had been renovated 15 years before, and we decided we might as well update it at the same time. And then, it ended up we were doing everything.”

As she puts it: “We added scope. It started out small and became a much larger project.”

By the time they were finished, the whole house had been renovated, including the basement, the main and the upper floors, four bedrooms, the bathroom, and the stairs. There were also extensions added to the house on the front, side and back, enlarging the building’s footprint. And, oh, the deck was redone as well.

But the kitchen, that is where a little dash of drama can be found. That is Jennifer’s little piece of heaven, done up in a clean, contemporary style, as she had always wanted.

The contemporary look is bolstered by a singular, prominent statement piece – the backsplash behind the range that reaches all the way to the ceiling. The large dark slab, which has the appearance of rich granite – with vivid veins of grey and white – is actually a five-by-seven-foot plate of thin porcelain, imported from Italy.

“It’s so dramatic. It has a natural look and movement to it,” Jennifer says.

Her favourite feature in her new kitchen, though, is on the adjoining wall. It’s the long, horizontal window that runs the length of the area under the upper cabinets. “I love that window,” she says. “It goes right down to the counter.” It fills the space with light, while adding a unique design element that reminds her of an infinity pool.

The window is also contractor Jerome Mens’s favourite feature of the kitchen. Mens, the owner of Rembrandt Renovations, worked with architect Ian McLean to reconceptualize the interior of the house. He describes the new kitchen as “clean, light, bright and contemporary.”

Mens explains how the walls that separated the kitchen and dining room were removed, significantly transforming the entire main floor into an open, light-filled space.

And is it surprising that Jennifer, who kept adding to the scope of the project, could not limit herself to listing just one favourite feature? Also on her list of favourite things: the wooden screen by the dining room table. “It’s one of the most effective architectural features of the house,” she says. “It creates such a sense of openness, and from the wood, you get a sense of warmth.”

Formed by two-by-three-inch floor-to-ceiling pieces of American walnut framing the stairs that lead to the second storey, the screen is made of the same material that is featured in some of the lower cabinets in the kitchen, giving the space a cohesive style and look.

And to think, they were just going to renovate the bathrooms. •