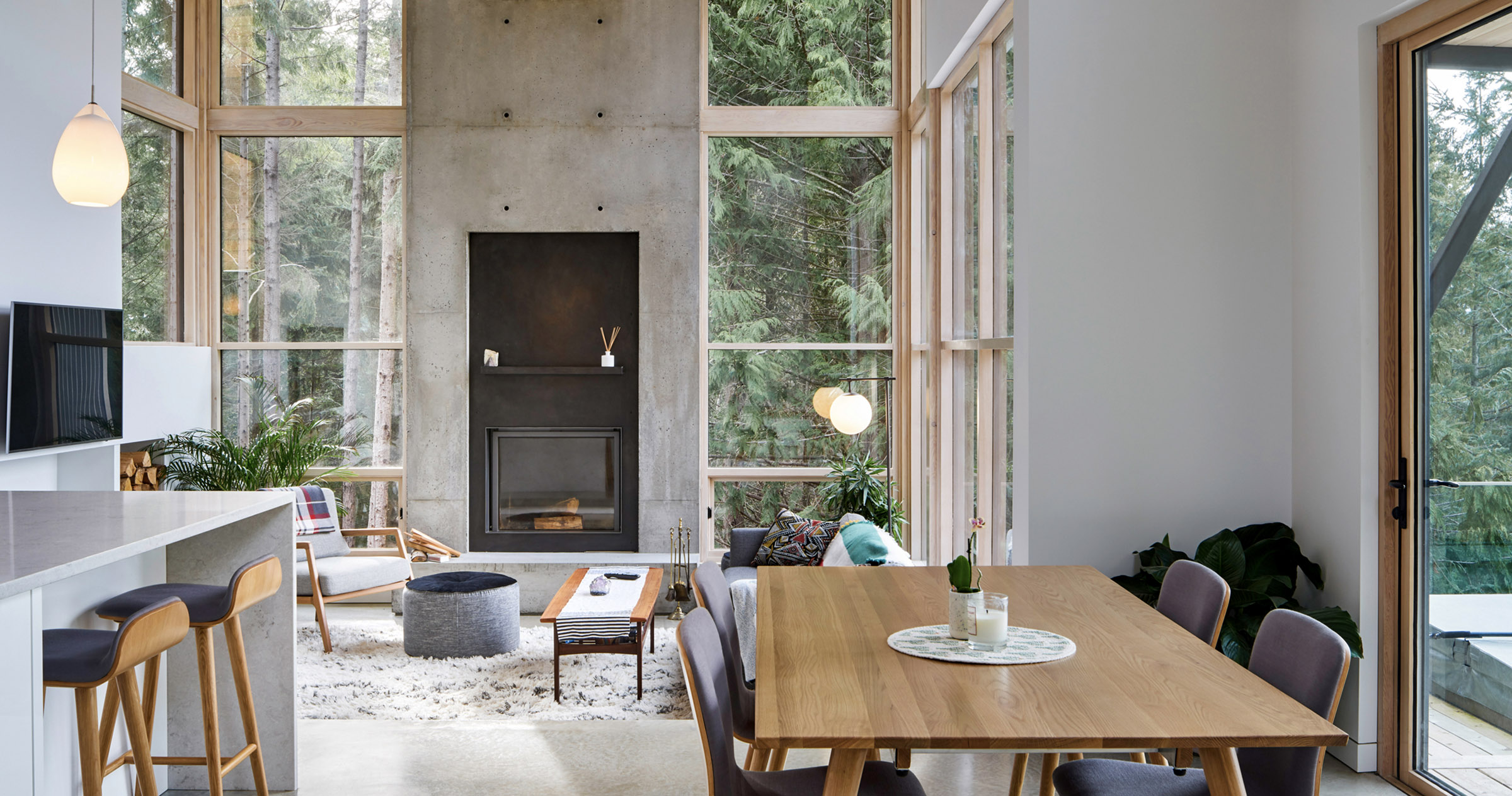 Building a home is about creating shelter from the outdoors. It’s a basic concept that gets complex as degrees of scale, style and sophistication are added. However, when Vancouver architect James Tuer sets out to build a home, he begins with a whole different premise that blurs the lines between the outdoors and the sheltered interiors. He employs a full range of techniques to do this – including a little bit of magic.

“I really enjoy buildings that bring the outdoors inside,” says Tuer, the principal at JWT Architecture and Planning. The use of wood and windows is key, he explains, but being conscious of how a building interacts with its environment is perhaps the most important concept. And that is where his expertise as a registered landscape architect comes into play. It is also where the magic is revealed.

Understanding what he calls “the site influences” is crucial. This includes how to use the grade of a lot, knowing what to screen, how best to take advantage of the views, and, ultimately, “understanding the sun.”

“I call it the magic of south,” Tuer says, as he begins to explain his design process that captures the warmth and brilliance of the natural light to draw it inwards.

Every building he designs is connected to its milieu. “They have an identity that is attached to where they are located,” he says. “They are not in Anywhere, U.S.A.”

This gives each house a distinct look. Although Tuer’s use of wood is evident in most of the homes he designs, no two are alike. When pressed, though, he admits that his one signature element is the windows. “Windows are the most important part of the project,” he says. “Often, my windows are larger than life.”

But sometimes, less can also be more, adding a little something that leaves a distinctive mark. “Even small windows can be used to break up siding, and instill or add intrigue and interest,” he explains.

A graduate of the University of Oregon with a master’s degree in architecture in 1999 and a degree in landscape architecture from Guelph University in 1990, Tuer started his own boutique architectural firm in 2006. He has always been drawn to Scandinavian Modernism and its use of natural wood, he says. “Scandinavian design has a long history of working with wood in a very modern fashion.”

The winner of Fine Homebuilding’s Best New Home award in 2014 and Best Small Home award in 2017,  and named Western Living’s Designer of the Year in the eco-design category in 2015, Tuer enjoys “the warmth of wood and the ability to be very expressive with it.”

That expression is where he blends the science of architecture with the art of aesthetics. Or, as he explains: “A building…it has to stand up, so it has to have a basic structure, but you can turn that work into poetry.”

A function of this artistry is viewing each building as a sculptured object. “One of the things I do is like cinematography – I rotate around the building,” he says. “I am keenly interested in the sculptural aspects of the building as well as creating highly functional floor plans.”

Tuer’s ability to draw in three dimensions quickly, often as clients try to explain what they are looking for, helps in the collaborative effort, he says. And this skill helps his clients be part of honing the look and features of the house they are hoping to build. “It takes great clients to make great buildings,” he says. “Every client is different. I try to figure out how to get them to a finish line.”

Crossing that finish line marks a great victory, such as when a client had some out-of-the-box thinking.

“I think they liked that I could incorporate their ideas. It felt like it was their creation, and I just translated it for them,” Tuer says. Watching their suggestions and desires being built gave them ownership of the design.

And Tuer knows exactly how important being a part of the process is for a client who is looking for a unique house. His own home on Bowen Island was built to showcase his approach. Constructed on what he describes as a “challenging lot” with a dramatic 30-foot grade variance, it was featured on the cover of Resorts of the West and effectively launched his career. “That was my showpiece,” he explains. It had three different roofs, different rafter layouts – oversized rafters, double rafters. “And I packed it full of really neat details.”

Sometimes you have to see the magic to be able to believe. •