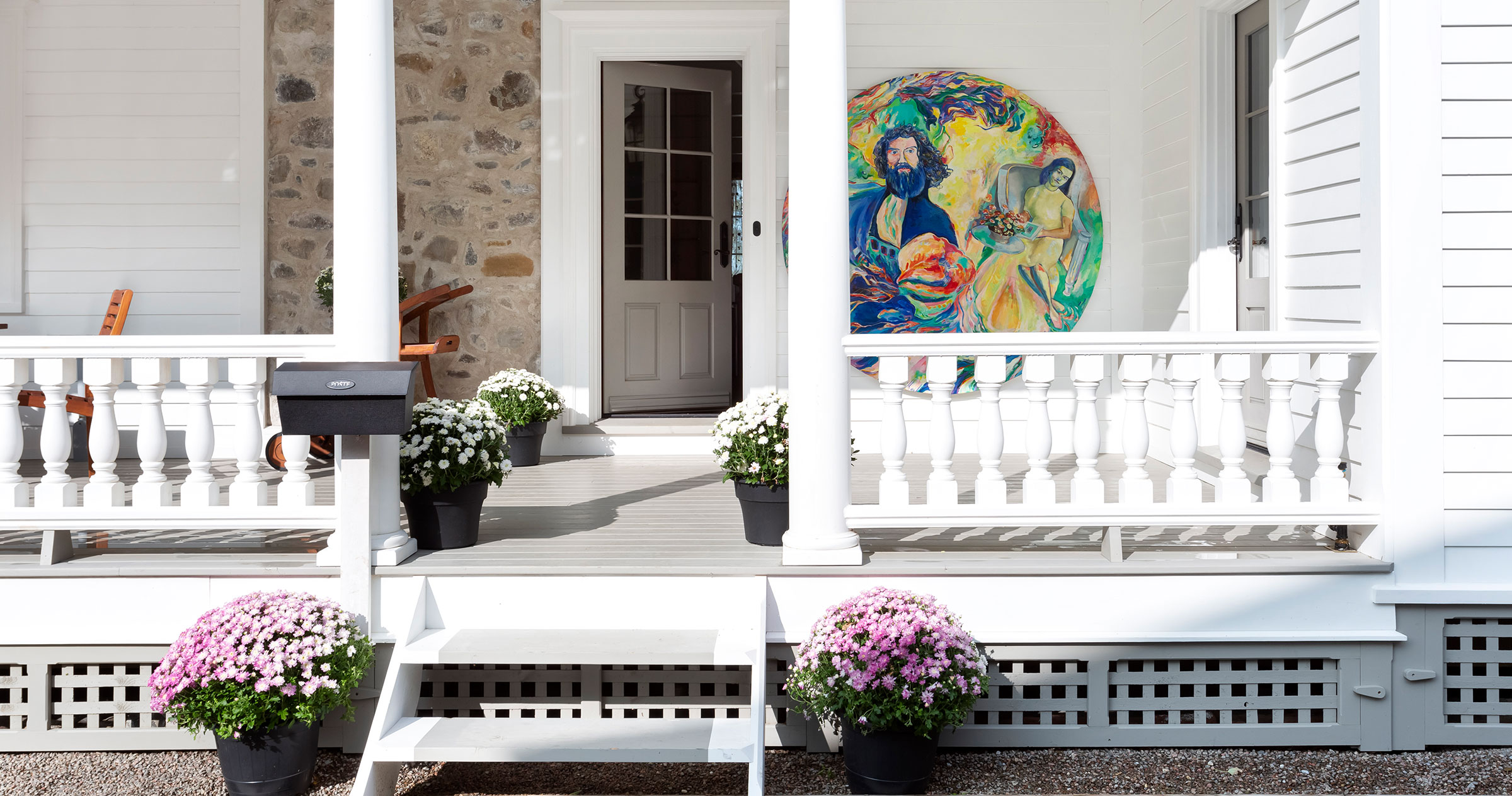 Despite its shocking state of disrepair, an 1835 home is respectfully preserved and rehabilitated by its owner

It was a January evening when a Boucherville, Quebec man went for a stroll and decided that the rundown, traditional Québécois-style home by the river was in exactly the spot he wanted to be. He knew the house; it was one street over from where he lived, and he knew it had been on the market for a while, “but I had never thought I could buy it,” he recalls. “It was very difficult to imagine how I could turn it into a beautiful house.”

Despite its decades of neglect, he had a sense that day of what this historic 1835 home could become if someone took the time and money to restore it. He bought it and spent a year getting the plans in place and meeting city officials to win approval and permits for the heritage project.

That’s when reality set in. One day when his mother and other family members had come for a visit, he took them to see the house that he’d bought. Their excitement turned to shock as they questioned whether it could even be saved. “I was pretty discouraged; they thought I was crazy,” he says. “I said, ‘Come see it when it’s finished.’ ”

There were other moments—looking around the inside after all the demolition for example—when he wondered whether they might be right. But as work got underway, it became his labour of love over two years of rebuilding to find and hire the right trades and craftspeople who would respect the home’s history as much as he did.

Luckily, the house’s stone foundation was sound. The floors, made of wide-plank red pine, needed repairs, but spoke to how solidly the structure had been built; those old planks were two inches thick. Outside, the homeowner replaced the roof with a traditional metal one, opting for a warm, light-grey colour to harmonize with the other historic buildings in the neighbourhood.

“I didn’t want any modern additions,” he says. “There are no patio doors or even modern doors that fit the style. I wanted it to be close to what it would have been when it was constructed.” He did want an outdoor area to enjoy the riverfront location, and created a porch seating area. Boucherville artisan Eric Dumais Tourneur transformed the house’s exterior by creating an expansive, wrap-around veranda complete with columns and spindles. He also added ornamentation on the dormers.

The windows, too, needed to be replaced, and he found a window maker who could create casements with metal rods and latches. The homeowner acted as project manager for the rebuild, but says he had a lot of help from the team he worked with at Au Fur et à Mesure Inc. “I think they had as much love for the house as I did, and an appreciation for its history,” he says.

Inside, it was a bit of a puzzle to determine how to preserve that historic integrity while accommodating such modern concessions as heat, running water and electricity. To avoid adding ducts for heating and air conditioning, the homeowner opted for, if not quite authentic period heating, at least an older-style radiator heating system. Plumbing and electrical works were concentrated in the middle of the house, behind the kitchen walls, where they could remain unseen.

On the main floor, the two living areas stretch along the outside walls, now newly insulated, with the kitchen at the centre. There are two fireplaces: a large stone hearth in the kitchen, and a more elegant one in the living area, with a mantel in carved white marble. While the house itself is true to its Quebec roots, the decor is European-inspired, in what the homeowner describes as a French Neoclassical style. Like much of the furniture, chandeliers, mirrors and objets d’art, the mantel was purchased at auction.

Upstairs, the original ceiling height was only seven feet. “We raised it to eight feet, but there’s almost no attic left,” the homeowner says. When he bought it, the space had been divided into four small rooms. Now there are two good-sized bedrooms, with a bathroom and closets in the middle. The bathroom is accessible through sliding doors from both bedrooms.

Three years after her first visit, seeing the completed restoration, the homeowner’s mother was amazed at the home and gushed her approval, he says. “She couldn’t imagine it was the same house.” •