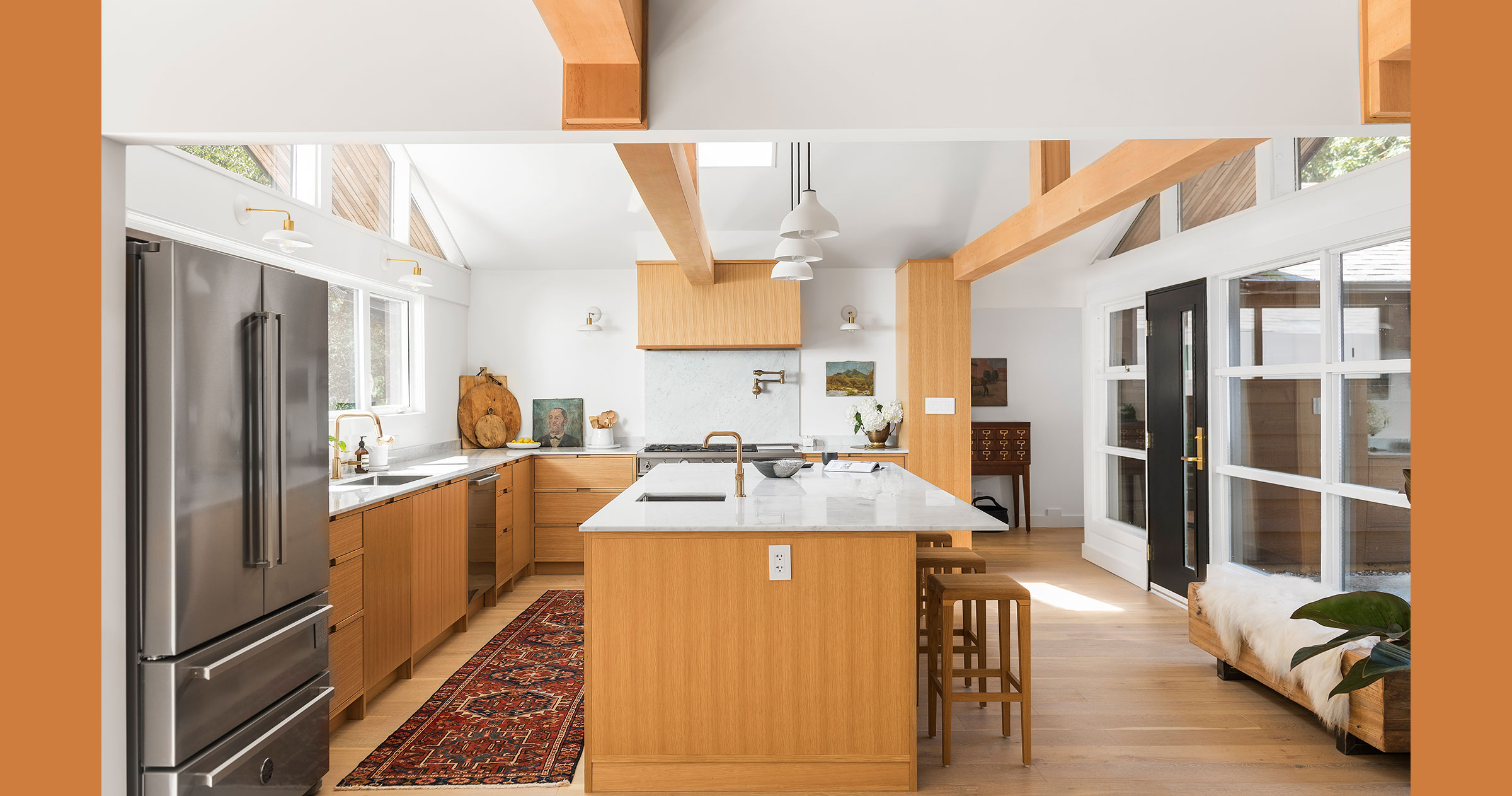 Mid-Century modern architecture is having a moment, and this home in Saanich, B.C., shows that thoughtful updates can respect the aesthetic without slavishly copying it. They also ensure that the design suits the way we live now.

Designer Bryn Milward, one of the two principals of design firm Ivyhouse, recalls her first walk-through of the structure: “The house was built in 1963, and I don’t think it had been updated since it was built, [but it] was a really interesting U-shape with a central courtyard on a beautiful property,” she says. “The house has such interesting architecture, with vaulted ceiling and beams running throughout. I saw why the homeowners fell in love with it.”

The bones were good, but the trappings cried out for rejuvenation. The kitchen and bathrooms were particularly dated. “It was a true ’60s kitchen,” says Milward. “It had dark wood panelling on the walls and matching cabinetry, and yellow laminate countertops.” There was a range installed diagonally in one corner, with an odd-shaped angular island eating up space in the middle of the room.

Homeowners Carey and Erv Salvador were heavily involved in the reno from the beginning; in fact, they and their pre-teen daughter lived on-site in an Airstream trailer while planning and work were under way. Erv, a restaurateur with business in Vancouver, acted as the contractor, and Carey, owner of Pigeonhole Home Store, was responsible for decor.

Working with her clients was a pleasure for Milward. “They had a clear idea of what they were looking for, but they were also really open and gave me creative control so I felt trusted and was able to explore some really interesting design plans for them,” she says. Milward made two major changes in the home’s floor plan. The kitchen is in the base of the U, and there was a dining room on one side of it, anchoring the wing that contained the living room and master bedroom. On the other side of the kitchen was a secondary bedroom, anchoring the other wing. Milward switched the location of the living and dining rooms, and demolished several of the kitchen walls so that it is now open to the living room and the main entrance. The homeowners decided to transform the nondescript secondary bedroom with its stunning views of the nearly-two-acre property, into their master suite. Its layout was changed, creating better closet access.

With the rooms relocated, anyone can prepare food in the kitchen while being able to talk with family and visitors in the living room.

For a clean look in the kitchen, Milward removed all the upper cabinets, “which can be challenging for a lot of clients because it removes quite a bit of storage,” she says. “The homeowners really preferred the look aesthetically, and I think that design decision paid off.”

Her “most trusted millworker,” Dave Sheridan at Splinters Millworks, built all the solid-maple face-frame cabinetry according to her plans. It involved a high level of cabinet-making, with dovetail joints and undermounted drawers with soft-close full-extension glides. Door and drawer fronts are slab white oak; they feature recessed pulls inspired by those in the original kitchen. The contemporary-looking thin (two centimetres) countertops are Carrara marble.

Milward used the same white-oak slab-framed cabinetry throughout the house in the main bathroom, ensuite bathroom, laundry closet and hallway. The main bathroom was transformed from a rather cramped and bland space into a spacious-feeling and soothing room.

The home’s over-all aesthetic is bright and airy. “I love the lines of the home and the light that comes in,” Milward says. “It feels clean, fresh, modern, open, and you feel like you’re in nature with the amazing views of the property.” •

Benjamin Moore’s Color of the Year for 2021 – Aegean Teal