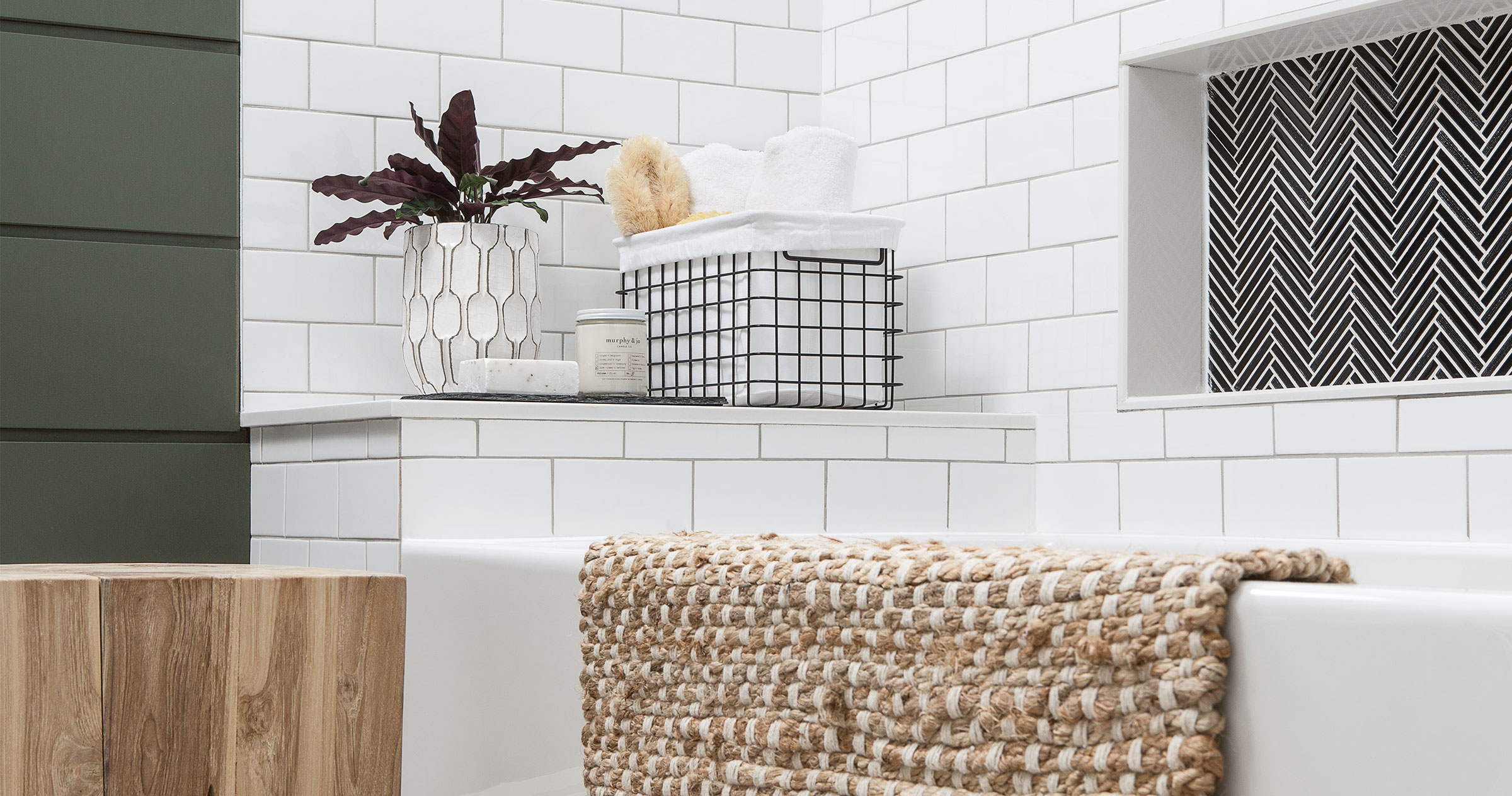 Seeing things in black and white usually means having a stark outlook on life. But though that colour scheme informs the design of this newly built four-bedroom home in North Toronto, the result is surprisingly nuanced and inviting.

“The homeowners really love the modern Scandinavian look with light white oak floors and all-white walls, so we used it as a start point,” says interior designer Alana Firestone, co-owner of Collective Studio, the firm charged with the home’s interior design. “But they also wanted some industrial edge.”

The overall look gives a nod to Mid-century Modern design as well. It’s somewhat ironic in that the owners razed a 1,000-square-foot 1950s red brick bungalow to make room for the current home. The postwar house radiated charm, but had only one-and-a-half bathrooms and no tub for the couple’s two sons, now toddlers. The new home has more than triple the square footage, and the layout includes six bathrooms.

The new home provided a blank canvas to create a look very much their own. “They’re a couple who love design and functionality, and wanted their home to reflect that,” says Firestone. “At the same time, it had to work for a growing family.”

Such an eclectic design requires a unifying factor. For that reason, the designers ran the same white oak hardwood flooring throughout the home, including the kitchen and powder room. As a complement, every room received judiciously placed wood accents, which suited the homeowners’ preference for natural materials.

In the master bathroom, for instance, the nine-foot-long vanity is made of rift-cut white oak. Beside it, an open shelving unit of the same wood extends from the tub to the ceiling. The tub is surrounded with white Carrara marble in sharp contrast to black rectangular marble floor tiles set in a herringbone pattern. “In all the bathrooms and kitchen, we played with a mix of different textures and patterns to give not only design interest but also a comfortable feel,” says Jordy Fagan, the other half of the Collective Studio design duo.

Pattern runs rampant in the main floor powder room, too. All four walls are adorned with wallpaper in a repeating black-and-white leaf motif. It whimsically reflects the homeowners’ love of the outdoor life and is the perfect backdrop for the wall-to-wall black vanity crafted of natural stone. “We toyed with adding some bright colour in there,” says Fagan, “but in the end the owners liked that we were consistent with the scheme.”

Black metal accents appear throughout the home as well, including on window and door frames, cabinet hardware and bathroom tiles. And sometimes, they create high drama, as in the kitchen’s imposing textured metal range hood. It boldly captures the eye, and the deep ebony colour balances the black lower cabinetry played against upper cabinets with flat doors in white lacquer.

Another on-trend addition to the master bathroom, the black metal grid shower doors, serves as an emphatic focal point for the room. “My wife and I looked at thousands of home images before taking on this project,” says the homeowner. “We just loved the industrial-style loft look of the doors and knew we had to have them.”

But the kitchen is where the couple spend most of their time. They find the layout ideal for both family meals and entertaining. An unobstructed flow from the kitchen island into the family area makes it easy to keep an eye on the children while they cook. An inviting adjacent breakfast area is flooded with light.

A butler’s pantry claims the passageway to the dining room. On one side lies a wine fridge, sink and cabinets for serving pieces, on the other a full walk-in pantry that houses small appliances, food stuffs and such. Even with two children, clutter is rarely an issue in the kitchen or anywhere else. Although the homeowner took a hand in most design decisions, he left storage planning to his wife, a professional organizer.

The fact that everything has a home has made life easier for them. More important, the house feels like the “forever” home it was intended to be. “We made design choices based on how they make us feel and suit our lifestyle, not resale value,” says the homeowner. “Our designers did a great job; they really captured our personalities.” •