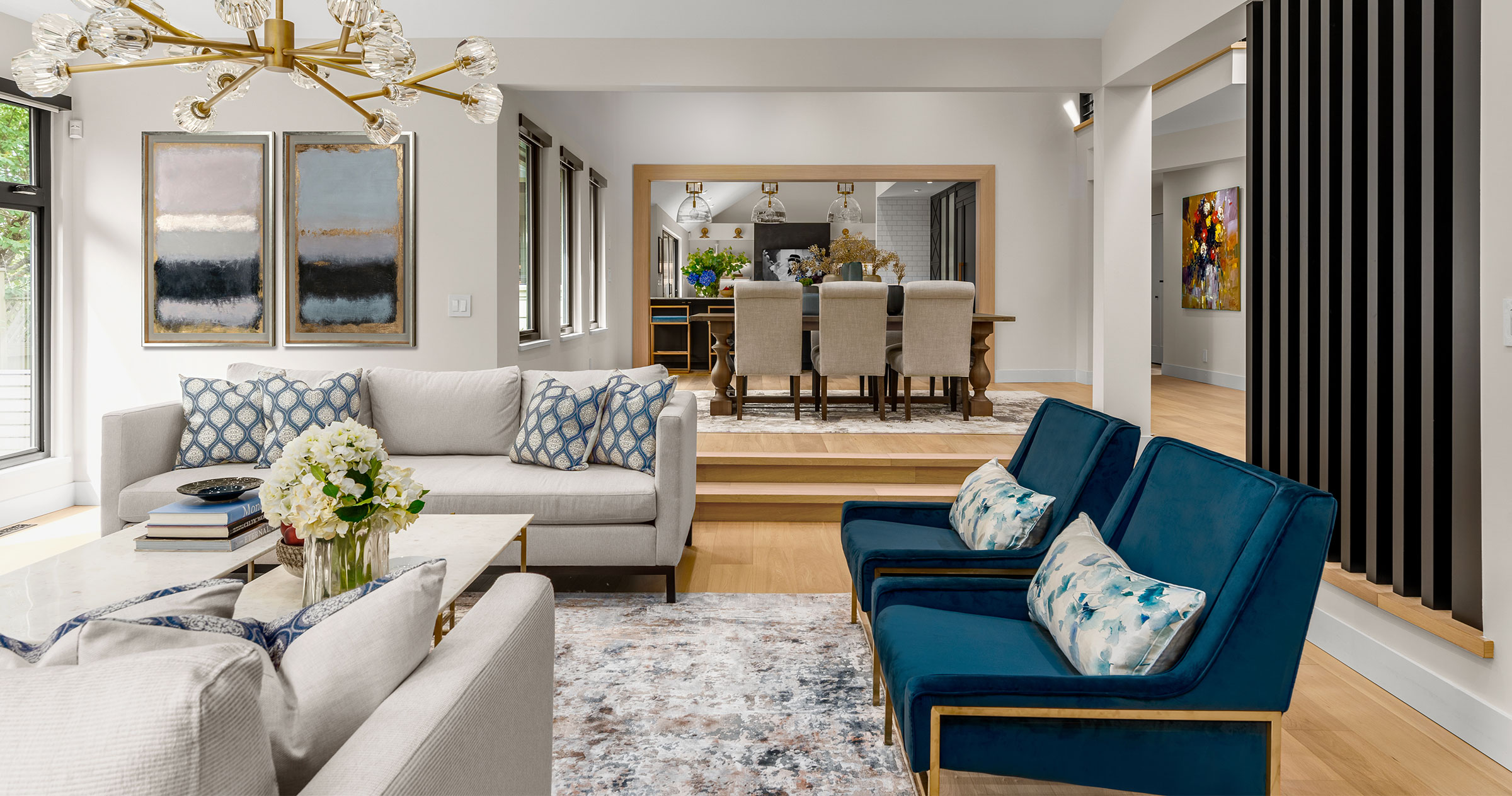 Despite being solid and spacious, this 30-year-old home benefitted from a much-needed update

Before putting in an offer on a West Vancouver property in 2018, a young couple asked designer Negar Reihani to weigh in on how to transform the circa-1989 house. They wanted a space that would be suitable for a growing family that loves to entertain.

While the house offered loads of space, the configuration of its layout and the flow, especially in the kitchen, needed rethinking.

“The bones of the property were excellent, but it was dated and the floor plan didn’t work for today’s lifestyle,” says Reihani, founder and creative director at Space Harmony Interiors in Vancouver. “The main floor – which included the master bedroom and ensuite – needed a full gut and reno.”

The homeowners, who both work from home, wanted two offices plus plenty of room for them and their son. “The house had what we were looking for – high ceilings and architectural curves in the structure – and we knew that by taking down some walls and redesigning the kitchen, we could bring value to the property and create a space we could enjoy living in,” says the homeowner.

Opening up the kitchen topped Reihani’s to-do list, so out went the wall separating this hub from the rest of the house. To lend a rustic touch to the space, Reihani framed the entrance to the kitchen to match the new white oak flooring.

Moving the original dining area allowed her to extend the kitchen and create a generous cooking space tucked into a corner between a bank of windows, hidden from guests in the main living space.

To complement the home’s airy new layout, with its soaring, angled ceilings, the designer brought in a palette of black, gold and rich sapphire blue. “The space is open from one end of the house to the other, and I really wanted to anchor it with black cabinets, which create a punch that divides and grounds the kitchen and everything around it,” says Reihani, who added brushed gold hardware and bar stools to soften the look and pick up the tones in the floor. “Black and gold have a traditional, formal vibe, but the white subway tile backsplash, white quartz countertops and reeded glass pantry doors inject casual style,” she says.

The 12-foot-long marble-topped island offers a generous surface for baking and food preparation, and the stone’s soft cream, grey and gold veining adds an understated elegance to the French-bistro atmosphere.

Reihani added black accents throughout the home – in the staircase railing, the powder room faucets, and to frame the new windows, which made the biggest impact in the living room. Here, the larger windows capture the property’s lush garden views, says the homeowner. “I love that we can now take advantage of the natural light in the house,” he says.

To further open up the main floor, Reihani took down the wall between the foyer and the sunken living room, installing vertical black wood slats that add privacy and style while still allowing light to filter through. “I wish every home had a sunken living room; one or two steps really creates a beautiful zone and a lot of character,” she says.

For the family room at the back of the house, Reihani removed the massive original fireplace and replaced a small window with full-height sliding doors leading out to a new deck. She centered a sleek gas fireplace flanked by custom white oak cabinetry and shelves to create a bold focal point. “I love the cold-rolled black steel cladding over the fireplace; it has a nice patina with variations of brown and rusty gold, plus a beautiful texture,” she says.

The designer evoked a dreamy spa environment in the ensuite bathroom. Borrowing space from the massive master bedroom, she added a private water closet and reconfigured the shower. “The shower ceiling was angled and quite high, which wasn’t functional, so we dropped it to standard height and installed a double rain shower, a bench and a beautiful niche, all with hidden lights that look beautiful at night.”

The white-oak vanity, topped with black quartz, provides much-needed storage. Reihani also added a stylish linen closet and towel warmer for a touch of luxury, and framed the recessed tub area with vertical windows overlooking the trees. “The whole main floor is fantastic,” says the homeowner. “As soon as you enter the house, you see all the way through. We just love the flow; it’s like a song.” •