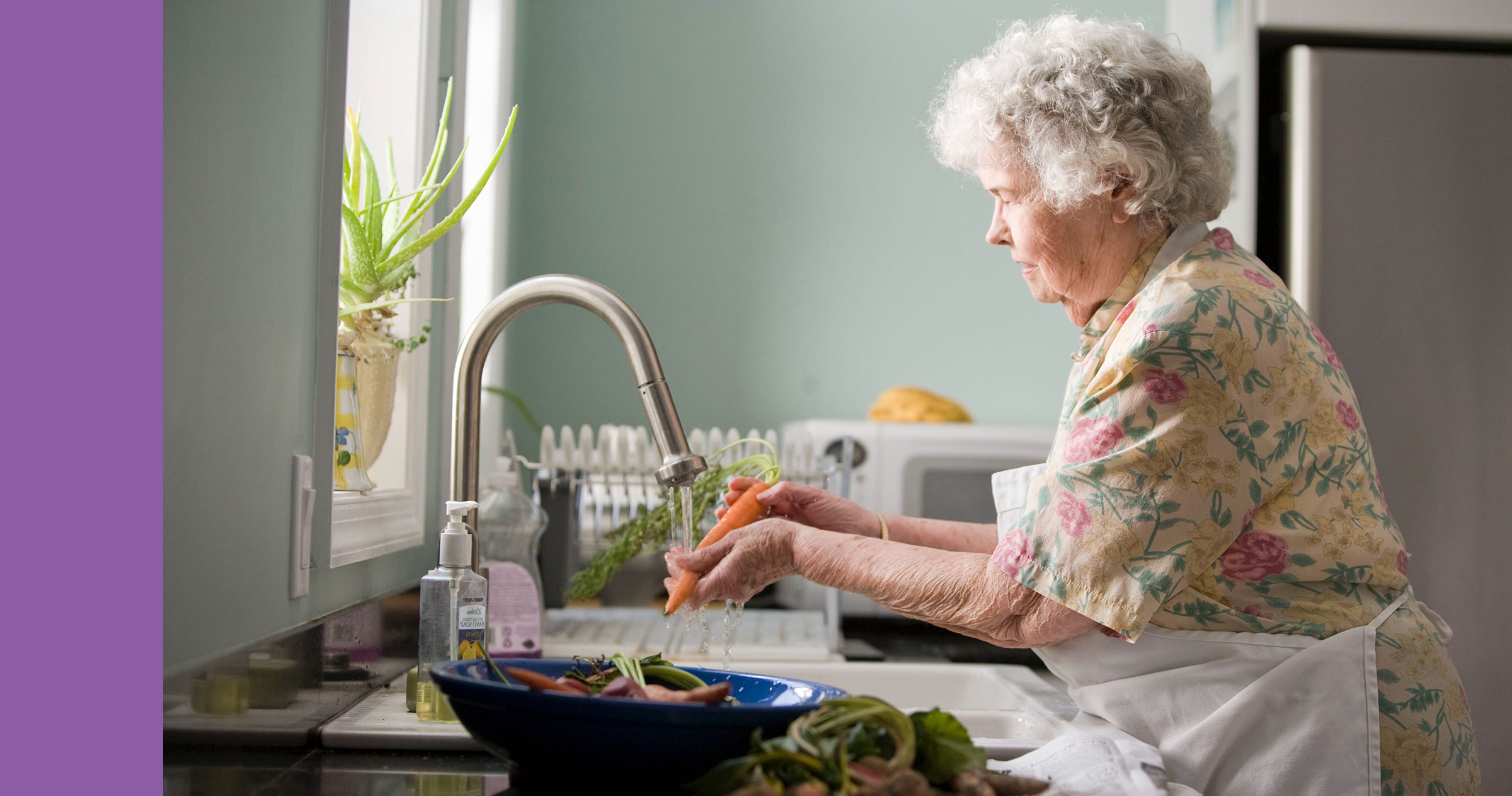 A vase of flowers, colourful artwork, family photos and familiar furniture are elements that remind us of who we are. They stimulate our senses.

John v, a Massachusetts-based sociologist and former McGill University faculty member who pioneered the study of neuroscience for architecture, once said that “architects have long been talking about the brain and how it responds to environments, but they didn’t know why. Now we know that the environment affects our brains just as drugs do.”

Zeisel, the founder of the I’m Still Here Foundation and Hearthstone Alzheimer Care, employs his Engagement Replacement Method, an innovative and practical approach to the care of people living with Alzheimer disease. The author of Inquiry by Design and I’m Still Here: A New Philosophy of Alzheimer’s Care, he uses design as a non-pharmacological treatment for symptoms.

“We know from the ground-breaking work of Fred ‘Rusty’ Gage, president of the Salk Institute, that the environment affects the brain, which then affects behaviour,” Zeisel says.

“He’s shown that the central nervous system is affected by environmental stimulation. His work with mice showed that exercise can stimulate the production of new neurons in the brain. Thus, our environment affects our brains, which affects our genes.”

The Alzheimer Society of Canada says half a million Canadians currently live with dementia, two-thirds of them women. The number of cases is expected to rise to 937,000 by 2031. The Society also cites the fact that “roughly 56,000 Canadians with dementia are being cared for in hospitals, even though this is not an ideal location for care.”

I became keenly aware of how my mother’s environment affected her after she’d had a stroke in 2007. Whenever she was in her drab hospital room, she was unresponsive and fearful, and her speech was slurred. However, when I took her to the hospital’s common room—which resembled a living room with its sofas, television and piano—her speech improved, and she was responsive and at ease. This was my first clue that our environment plays an important role in recovery and it led me to study John Zeisel’s work.

My background in interior design and feng shui has enabled me to understand that our surroundings impact our psyches. However, while working with Maria Mancuso, a behavioral technician for children with special needs, I saw how sensory stimulation leads to great results. She introduced me to the Snoezelen room.

Developed in Holland for people with intellectual disabilities, Snoezelen rooms are controlled multisensory environments, now also used for people suffering from brain injuries and Alzheimer or other dementia. The room contains components that are soothing or stimulating to affect the senses, depending on the needs of the users

Some Snoezelen elements may also be introduced into the room of someone living with Alzheimer or other dementia.

Zeisel, however, suggests that the best therapy is engagement. “In daily life, we all touch hundreds of surfaces and textures every day and have sensory experiences via the sun, colours and lights,” he says. “You don’t need a special room for this; you just need to make sure there are lots of textures to touch, varied lighting, and other sensory experiences where the person lives. Also, be sure to go outdoors.”

Research has shown that children with autism engaged in activities in nature react better than while participating in the same activities indoors.

Despite this awareness, people with dementia are often kept indoors or, worse, inside one room, causing sensory deprivation that can lead to aggression and depression. Room decor can have an impact. “The room must reflect the person’s personality,” Zeisel says. “For instance, if the person loved to travel, hang photos of his favorite places on walls. If the person was an art collector, hang some favorite artworks. It’s our job to create an environment where they feel respected and have a sense of self.”

John Zeisel’s advice for helping someone with dementia live more independently at home:
• Place a large map or drawing of the house on the back of the bedroom door and use arrows to indicate the location of the bathroom and kitchen. Place the bed so that the head of it cannot seen from the hallway. This prevents the person from feeling spied on when you check on them.
• In the bathroom, the toilet should be high enough to allow the person to get up and down independently. Their towels should be a standout colour, such as pink or green; the towels of other family members should be white. Keep items that are used daily (toothbrush, medication, etc.) on the counter.
• Create a workspace in the kitchen that allows them to help with meal preparation. Rather than telling them what to do, place the objects for the task in their workspace and ask for their help. Example: Have a bowl with an egg and a fork already set up and say: “Would you be so kind as to beat that egg for me?” Feeling useful makes them “wake up.”
• Remove clutter from the living room; it causes confusion and anxiety. The furniture should encourage autonomy. Paint the television’s on/off switch with colourful nail polish so that it’s easily found.

Engaging in activities that the person enjoyed prior to the illness is also key. If a loved one with dementia enjoyed taking walks, go on daily walks with them. If they loved to garden, ask for their help with your garden. If they loved going out for pizza, go out with them once a week for pizza. “People need to be engaged in a way that helps them feel at ease,” Zeisel says. “They also need to know that they still matter.”

Stimulating the senses is good for everyone. It’s especially therapeutic for people who have dementia. •

John Zeisel’s advice for designing a space when moving a parent with dementia into a room in a seniors’ residence:
• Hang photos of family members with a label indicating the name and relation of each beneath the photo. This enables the person to identify who is with him or who is being referenced in a conversation.
• Hang pictures or artwork that reflect the person’s life. For instance, if the person was a doctor, hang her degree. If she was a performer, hang posters of the plays she was in.
• Do not furnish the room with new objects; it’ll make the person feel unsafe. Take furnishings and linens from his previous home for their familiar associations.
• Do not place all her clothes in one closet. Instead, put in two items in each category so that the person can make an “either or” decision. Limiting the choice facilitates decision-making. Keep the rest in another closet, occasionally changing the ones in the two-item closet to liven up the experience of getting dressed.

Photography: Donna Griffith https://www.youtube.com/watch?v=bDEQOL5gcUA&t=4s My meeting with Mike Holmes was every bit as exciting as I had dreamed. Very few...

Dalia Lash, director of MARK LASH Fine Jewelry in Toronto, feels most at home behind a counter filled with sparkling...