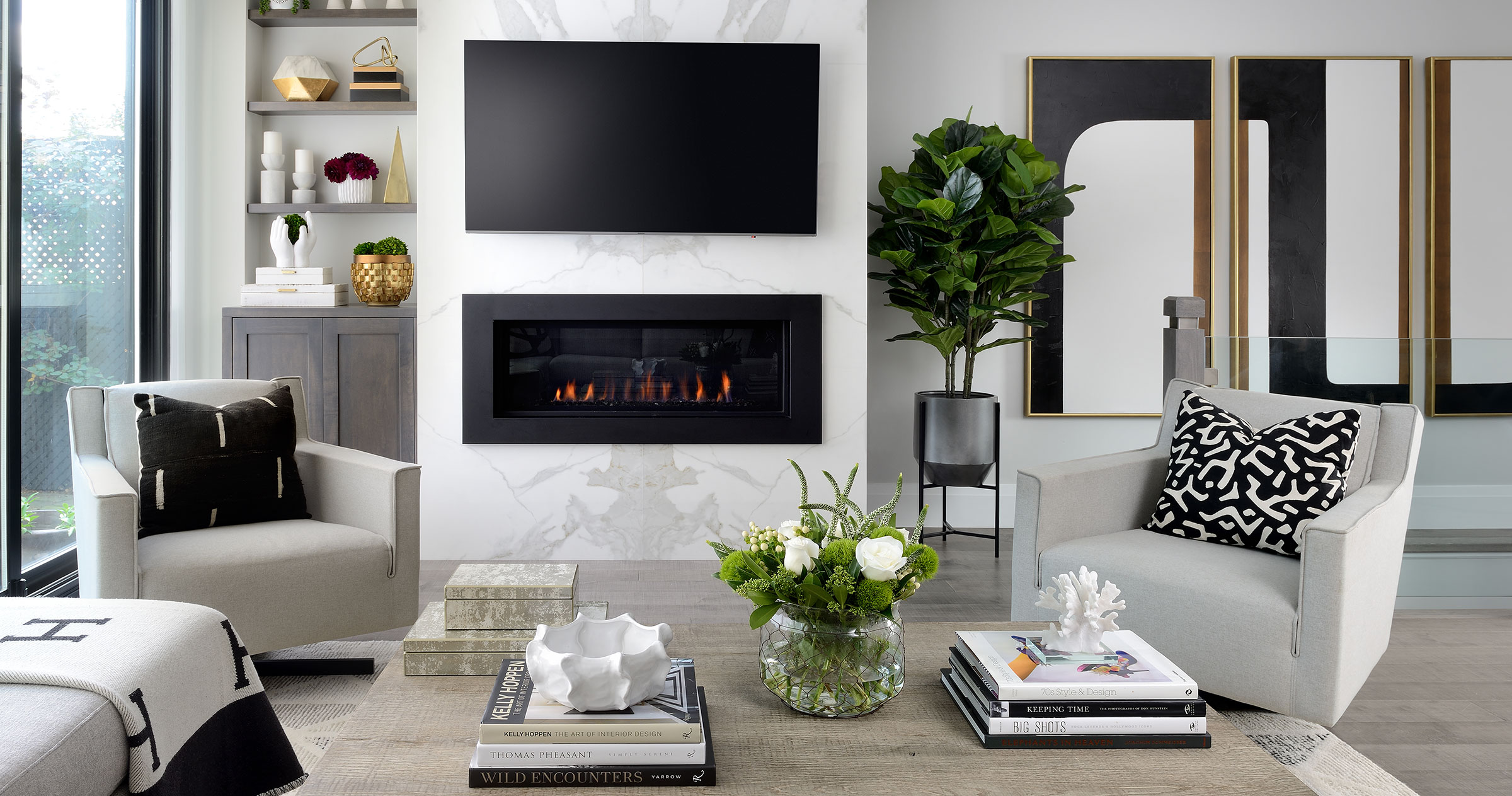 To move or to renovate? Like many families, Noele Wrycraft and husband Brad Warren started house-hunting when the home in Toronto’s Beaches neighbourhood that they’d lived in for 20 years became tired and outdated.

Instead of finding their dream home, all those open house visits persuaded them to stay put, says Noele, who hired designer Yvonne Whelan to carry out the transformation of their entire home, from the basement entertainment area to the third-floor master suite. Whelan says the couple were both very involved in the design process. “They just needed someone to goad them a little, push them out of their comfort zone,” she says.

The work was executed by Ecclestone Contracting, which, says Noele, “did an amazing job,” completing the reno in a tight time frame. “We put them on a tight schedule as we moved out in mid-June and told them we had to be back in for the start of school first week of September, and we were!” she says.

The biggest changes are in the main floor living area, where they removed an inside wall to create one long, open area, and where they blew out the home’s back wall, replacing it with a series of floor-to-ceiling sliding glass doors. “It’s the biggest, the most dramatic thing, and we’re super happy we did it,” says Noele. “It makes the whole space brighter, and makes it feel bigger.”

It’s a trend that many homeowners are embracing, says Yvonne Whelan, the principal at Yvonne Whelan Design, especially in neighbourhoods where houses are built so closely together. “People want to bring the light in. The back of the house is where you’re going to see the most light. Now the room is light and airy, where before it was so dark.”

That back area has become the living/family room, leading through the kitchen and then into the dining room at the front of the house. Whelan moved the fireplace, which had previously been on the back wall, to the side of the house, and Noele says one of the first things she and her husband chose was the marble-like tile around it.  “We fell in love with it,” she says, “We built around that.” The next item they decided on was the sofa, which Whelan designed and had custom-built, and then the rest of the design just followed, she says.

In the kitchen, Noele wanted the island to be as big as possible, knowing that’s where the family would tend to congregate. One side has a waterfall edge, but she wanted the other side open for seating so the family could move their seats around to see each other and chat during meals. “We knew we wanted high-gloss for the cabinetry, and knew we didn’t want all white, so we chose a grey-brown just to give it a little bit of contrast,” she says.

In the space leading into the dining area, Brad wanted a wine cabinet with a live-edge plank, similar to one the couple had seen at the Toronto Home Show. That live edge gives the wood an unfinished, raw and rustic look, Whelan says, one that’s become increasingly popular, especially on dining tables.

The basement was designed for their two teenage boys, and it centres around a large pull-down screen for family movie nights or for video games. Whelan designed custom cabinetry to include a beverage fridge, shelving and storage, and Noele says they chose family favourites James Bond- and Indiana Jones-themed art.

In the master bedroom, Whelan brought in many of the same brushed-gold tones used on the main floor, in lighting accents and even on the wallpaper. “We thought it would be nice to bring some of that upstairs,” Noele says. “The wallpaper really makes the room look sophisticated and also soothing.”

In the ensuite bathroom, they removed the big corner tub and opted for a single sink so they could have more counter space.  “It’s a very small master, but we feel we really utilized the space,” Whelan says. She used porcelain tiles that resemble marble, black accents, a sleek soaker tub and a big shower. “It looks like it cost a lot, but it was one of the more affordable masters,” she says. “Probably because the porcelain tiles look extravagant.”

Because the owners were both so involved in the process, Noele says, it was important that every design decision be unanimous, winning her approval, Brad’s and, of course, Yvonne’s. “We had to get a three-way agreement on everything,” she says, though she adds: “She (Yvonne) might have been the tie-breaker a couple of times!” •