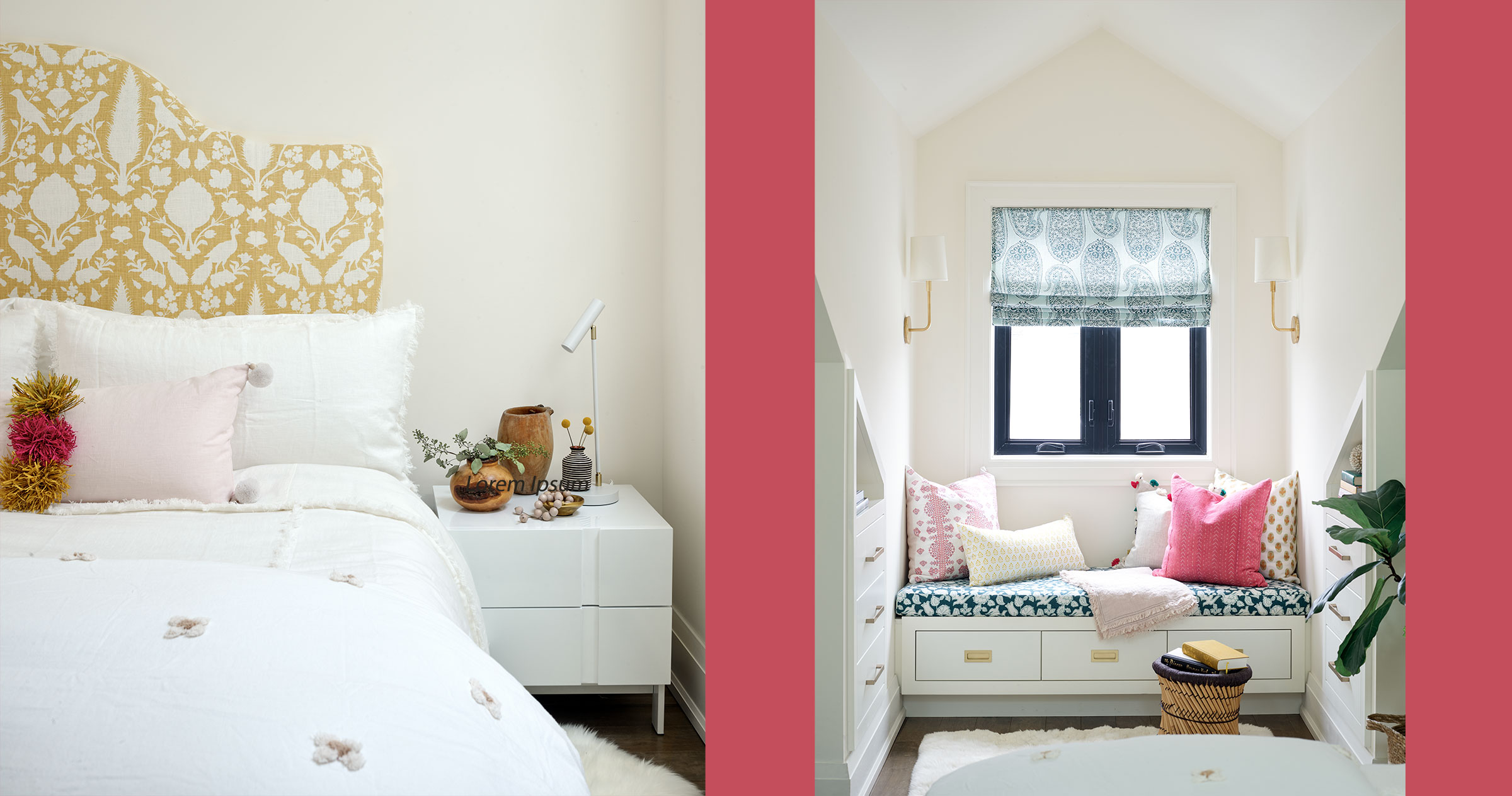 With vaulted ceilings and a light, airy decor, a newly designed and decorated main-bedroom suite has quickly become a go-to refuge for a 30-something professional couple in Toronto’s Kingsway neighbourhood.

The couple was ready to start a family when they bought the house in 2015. It’s a striking change from their former home: a downtown condo in Toronto’s Chinatown.

Overlooking the treetops of the old, established neighbourhood, the new bedroom space feels like a leafy oasis. Located in a second-floor addition to the 2,000-square-foot bungalow, the suite is outfitted with a luxurious bathroom, custom millwork and a decor that hints of the couple’s East Indian heritage. “We are really going to enjoy the space as our son grows older,” says new mom Deepthi, who is now using the bedroom’s built-in window bench/reading nook for afternoon story time with her infant son. Husband Dru says that as the family grows, it’s likely that the main suite will become even more of a place to which they can escape. “What I love is it’s so bright,” he says.

The project’s designer, Stephanie Houghton, co-owner of Toronto’s Emily Griffin Design Inc., explains that the suite was the last area of the home to undergo renovations. The main floor was renovated into an open-concept living space by Emily Griffin Design Inc. soon after the couple moved in. The new main-bedroom suite now picks up and carries the bright and breezy style that characterizes the house. “They staged it out,” Houghton explains “They didn’t want to stretch their budget and not achieve what they were looking for, so they did it (the renovations) in two parts. Now that we are living through a pandemic, they are appreciating the space even more than they imagined.”

Houghton says the walls were painted with Farrow & Ball’s Wimborne White, an off-white with the smallest hint of warm yellow pigment, to create a soothing backdrop.

Neutral but textured bed linens and duvet covers were sourced from Restoration Hardware and Urban Outfitters.

The millwork, custom-designed by Houghton, is white and twinned with brushed brass pulls and knobs. “The brushed brass for the millwork hardware was chosen for the warmth it brings to the bedroom, and as a metal that is reminiscent of Indian culture,” Houghton says.

The bedroom’s built-in pieces are “face-framed,” meaning that the dresser drawers are framed by a 1.5-inch border. The bathroom vanity was built in a complementary Shaker style.

Before the work began, the bedroom and bathroom were uncomfortably small and cramped. The space had previously consisted of a bedroom, closet and bathroom leading into each other.

The renovation entailed the removal of walls and lifting of the ceiling to create a larger bedroom as well as a larger bathroom. Two new windows and skylights were also installed to brighten the space further.

As Deepthi and Dru say they do not enjoy baths, they asked Houghton to go to town on the shower. The designer found unusual tiles that resemble wallpaper, which give the shower a unique look. The space has a spa-like ambience.

When the work was done, say Deepthi and Dru, they felt that their designer had “knocked it out of the ballpark. It almost feels as though we have a loft in Brooklyn.” •

Originally published in the winter 2020 issue.