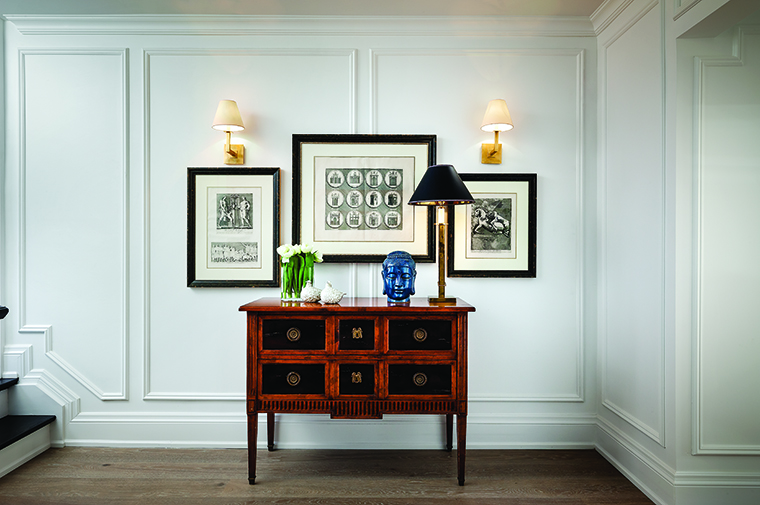 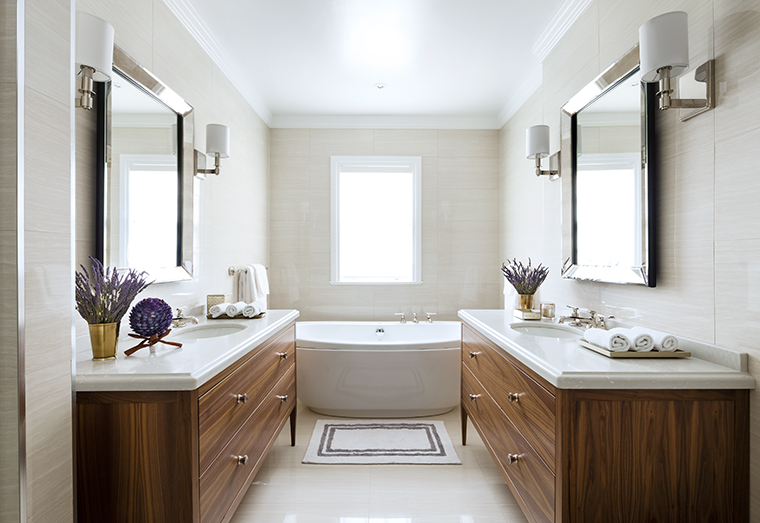 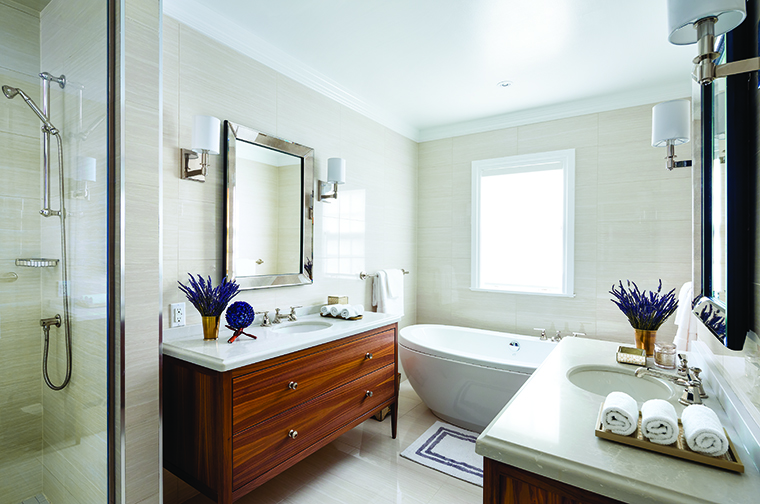 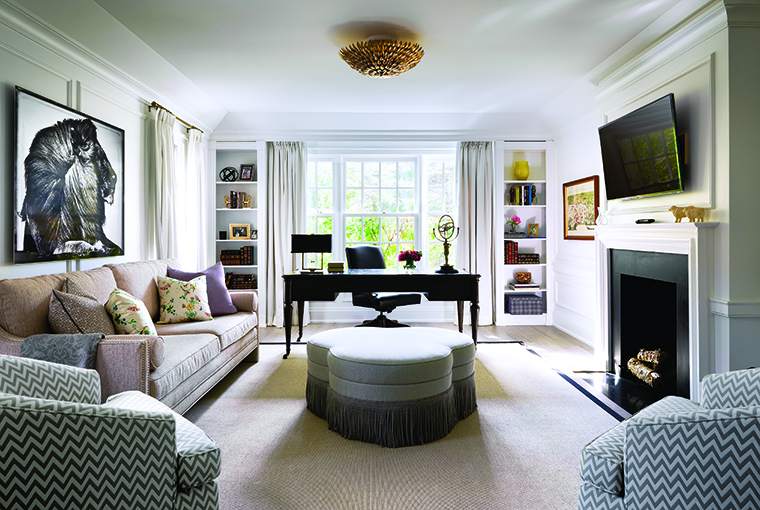 When decorating a home, it’s tempting to concentrate on the public areas: foyer, living room, dining room, powder room and even the kitchen – especially the kitchen. But anyone who’s snuggled down to read or nap in a well-decorated bedroom or den knows that the rooms upstairs are as important as those on the main floor.
In this Forest Hill home, designer Tamar Royt was confronted with a rather darkly decorated 2,000-square-foot second floor. “It was the polar opposite of what it is now,” says Royt, president and CEO of Silverwood Flooring & Interiors. “Most walls were coloured; for instance, the study was hunter green. The windows were dark-stained wood; there were heavy patterned curtains. It was very traditional and rather wintery.”
Royt’s task was to add light without any structural changes or additional windows. She accomplished this in several ways. All the walls are now painted with Benjamin Moore’s Chantilly Lace. The new floor throughout is stone-washed engineered wide-plank oak from Scandinavia. The predominant colours are soothing beiges and light greys; there are no primary colours here.
The master bedroom was the most challenging because of its small windows and long, narrow shape. Royt restored its balance with furniture placement to create a symmetrical effect. “It’s an older Georgian home,” she says, “so the ceilings weren’t high. I added wall panels papered in Ralph Lauren’s Marlowe with a bird-and-leaf motif, and curtains hung high, to give the illusion of higher ceilings and more symmetrical orientation.
Royt is most pleased with her work on the master bathroom. It’s not a large room, but it has plenty of luxe touches amid the functionality. And of course it has symmetry; “I love symmetry,” she says.
Matching custom-designed walnut vanities were made by her husband Alex Royt, owner of Turn-key Projects. “It’s not a large room, so he made the vanities with deep drawers,” Royt says. The vanities are topped in Alpine Mist Caesarstone not just for the aesthetic – it’s one of their most natural-looking finishes – but because it’s so durable and functional.”
The floors and walls are clad in 12-by-24-inch cream porcelain tiles to maximize space and symmetry and minimize the choppy effect caused by smaller tiles. The room’s pièce de résistance is the tub. “I chose it for its shape and airiness,” Royt says. “A square tub would have been a disaster. This shape saves space, it’s light and airy, and it adds central visual interest.”
“Light and airy” describes all the rooms on this home’s second floor. Royt laughingly calls the aesthetic “pseudo Scandinavian-French.” However you call it, it describes the result desired and achieved: rooms that are just as appealing as any on the main floor.