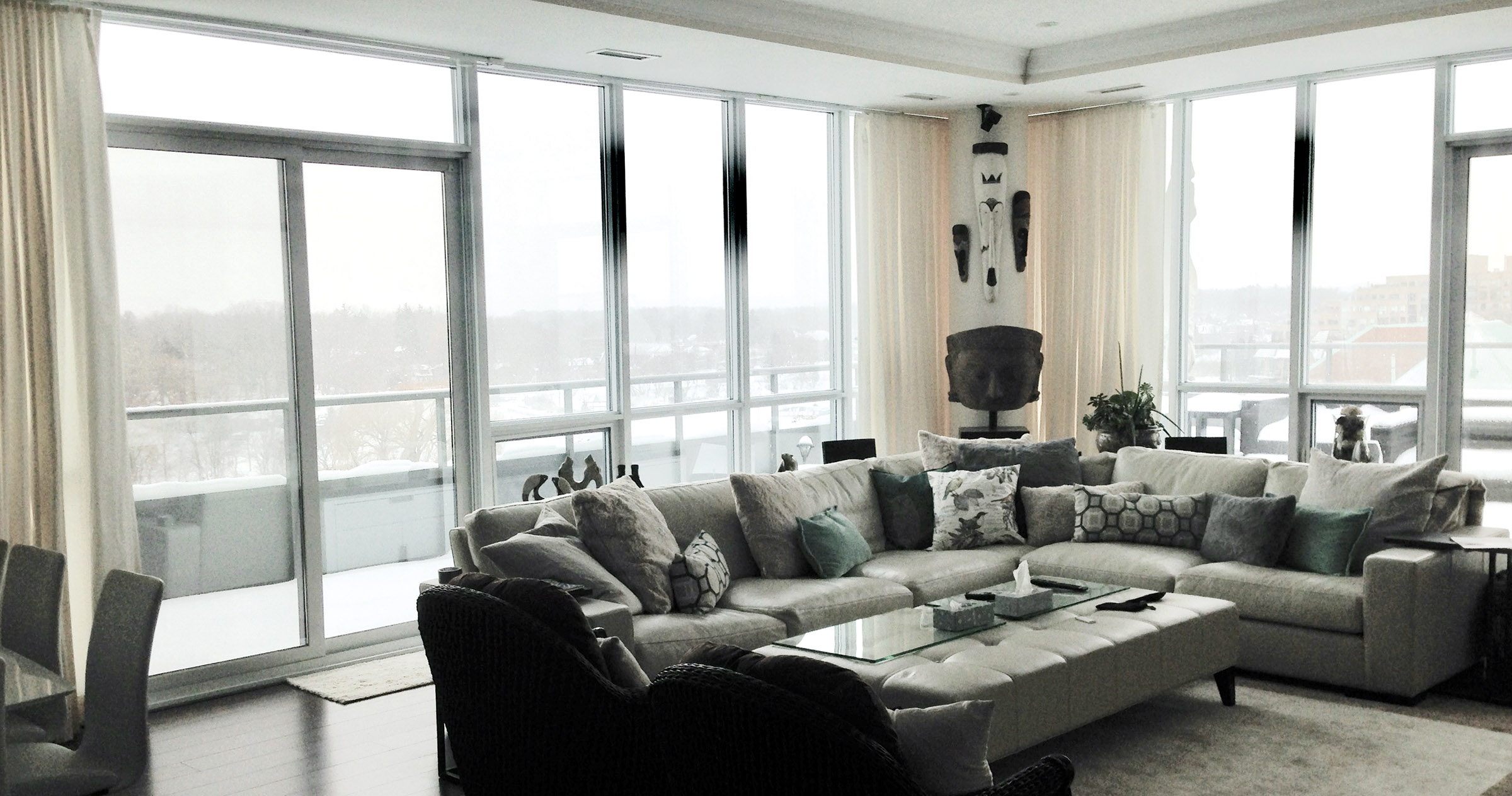 A Window on the Best Products and Service

Steve Poxon remembers going into the window treatment business in 1985, selling blinds out of his car back when there were really only two options: horizontal or vertical.

As the range of window coverings expanded, so did Poxon’s business, as he branched out to include first custom drapery and then other products, too. Now Shades of Home has showrooms in Toronto and Oakville, with shop-at-home services going as far west as Hamilton and Ancaster, as well as a new one in Ottawa.

At first, the blinds business was a sideline, something Poxon did in addition to his day job selling ads for the Yellow Pages for Bell Canada. It’s probably not surprising the window treatment business won out: He recalls his mother’s sewing room in the basement where she was always busy making curtains, roman shades and all kinds of window coverings. “I remember going down there and getting pins stuck in my feet,” he says.

For the first few years, Poxon was a one-man show, carrying his samples with him in his car. “I felt like I was always driving around in my van and didn’t feel part of a community,” he says. “We needed a location, so we opened our first showroom on Lakeshore Road, in Bronte Harbour.”

Gradually, he outgrew that 600-square-foot store, opening the two new, much larger showrooms he has now. In addition to his longtime associates, Marie Iannace and Hilary Barichello, he’s hired more designers to offer clients a range of custom services that go well beyond that early choice of horizontal or vertical, including drapery, hardware, shutters, upholstered headboards and, of course, blinds by such manufacturers as Hunter Douglas, Elite, Sun Glow and Maxxmar. “People are more house-proud now than they used to be. It drives them to spend more,” Poxon says. “We can give clients a complete interior-designer look without the interior-designer price.”

Along with an expanded choice of window treatments, there’s also an ever-growing choice of where to buy them, from designer boutiques to online shopping to neighbourhood big box hardware stores. The business has become much more competitive. To set his store apart, Poxon tries to make sure his customers acquire products that add value to their homes and will continue to function and look good for years. The satisfaction comes from finding creative solutions to problems other designers couldn’t.

“One home in Burlington had five interior designers come in and walk out,” he says. They had been unable to come up with a design that worked with the home’s European tilt-and-turn windows. Poxon’s solution? Recessing a drapery track into the ceiling, so the windows could still open both ways. “These are the projects that are fun,” he says, “and that we really enjoy doing.”