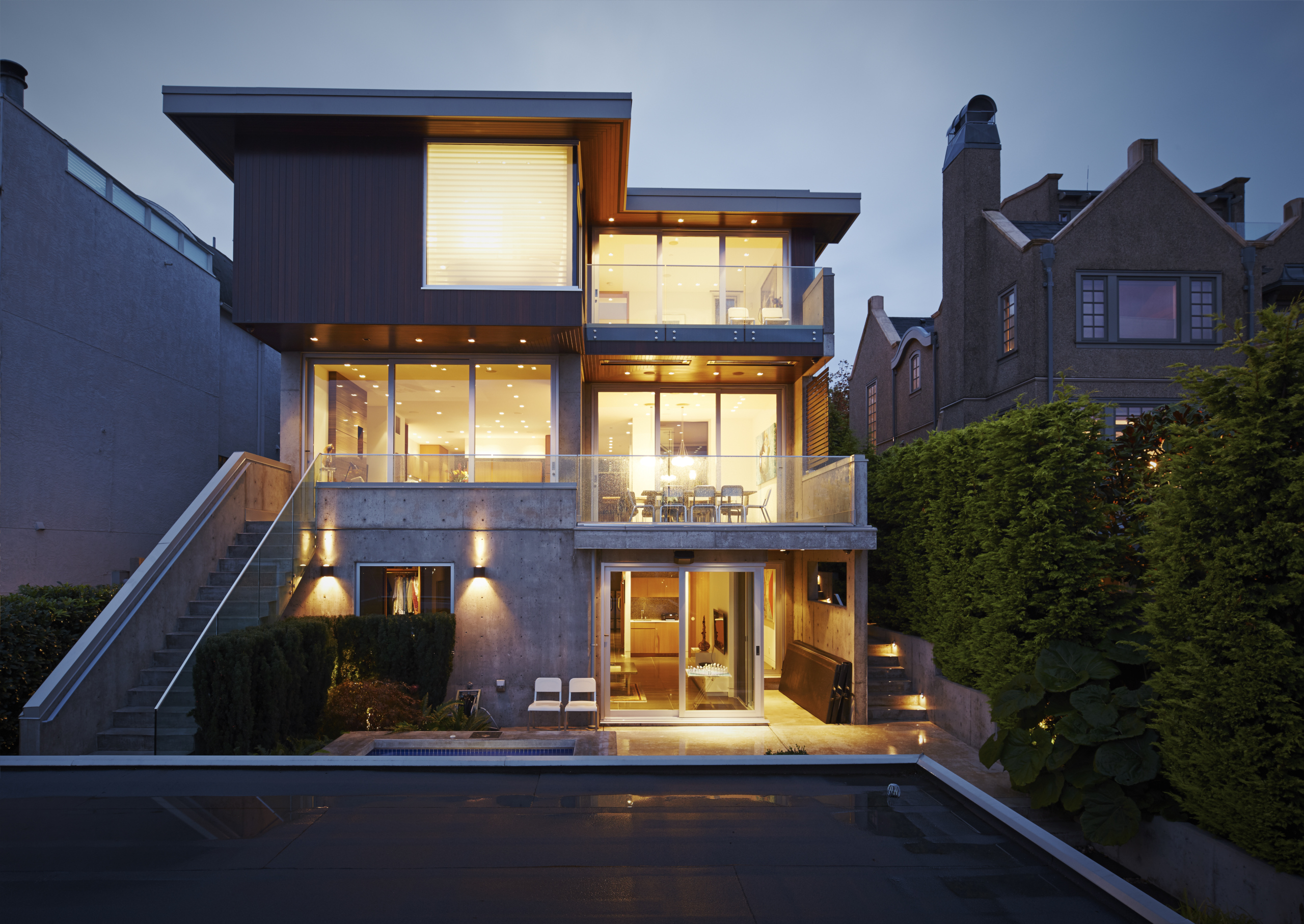 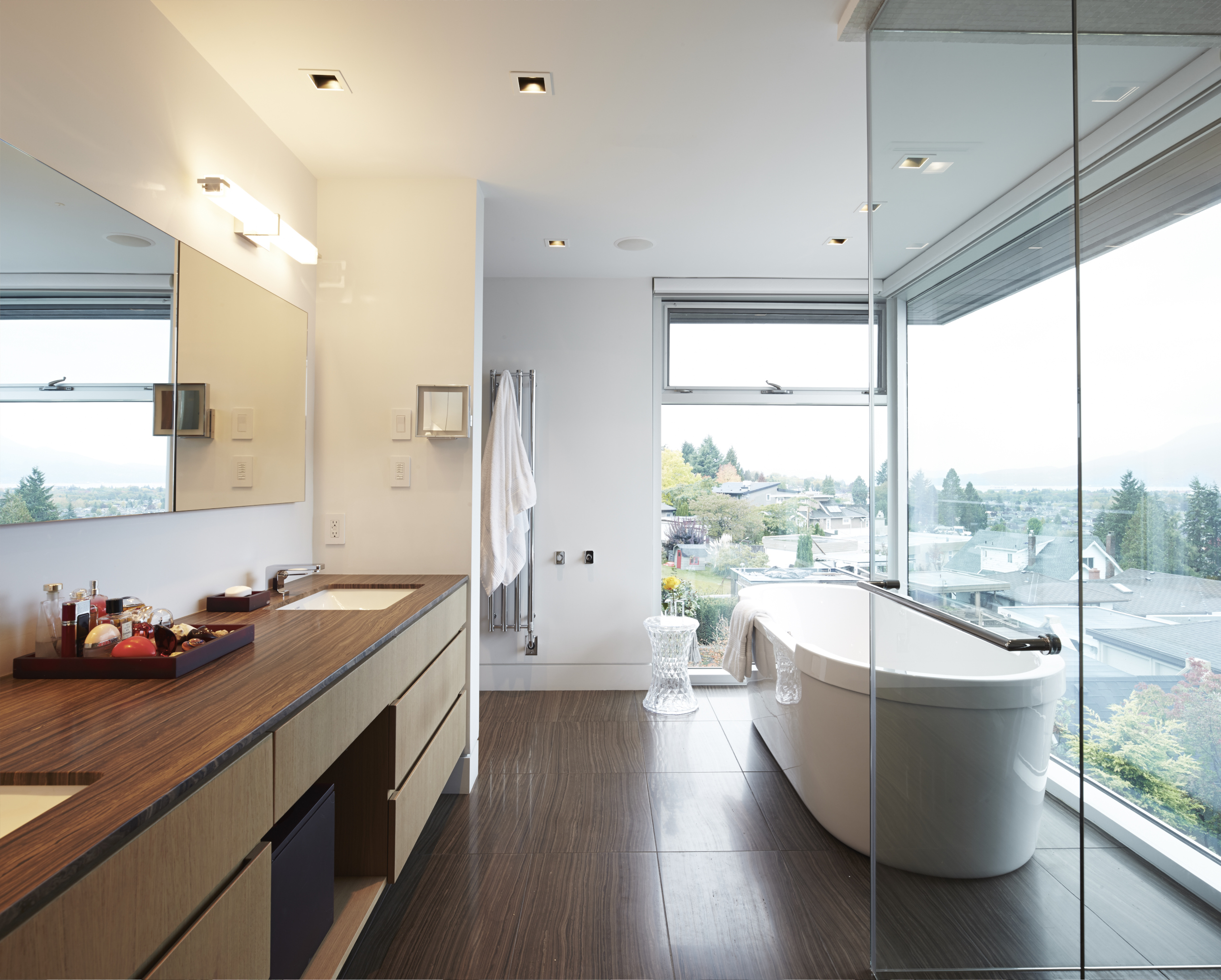 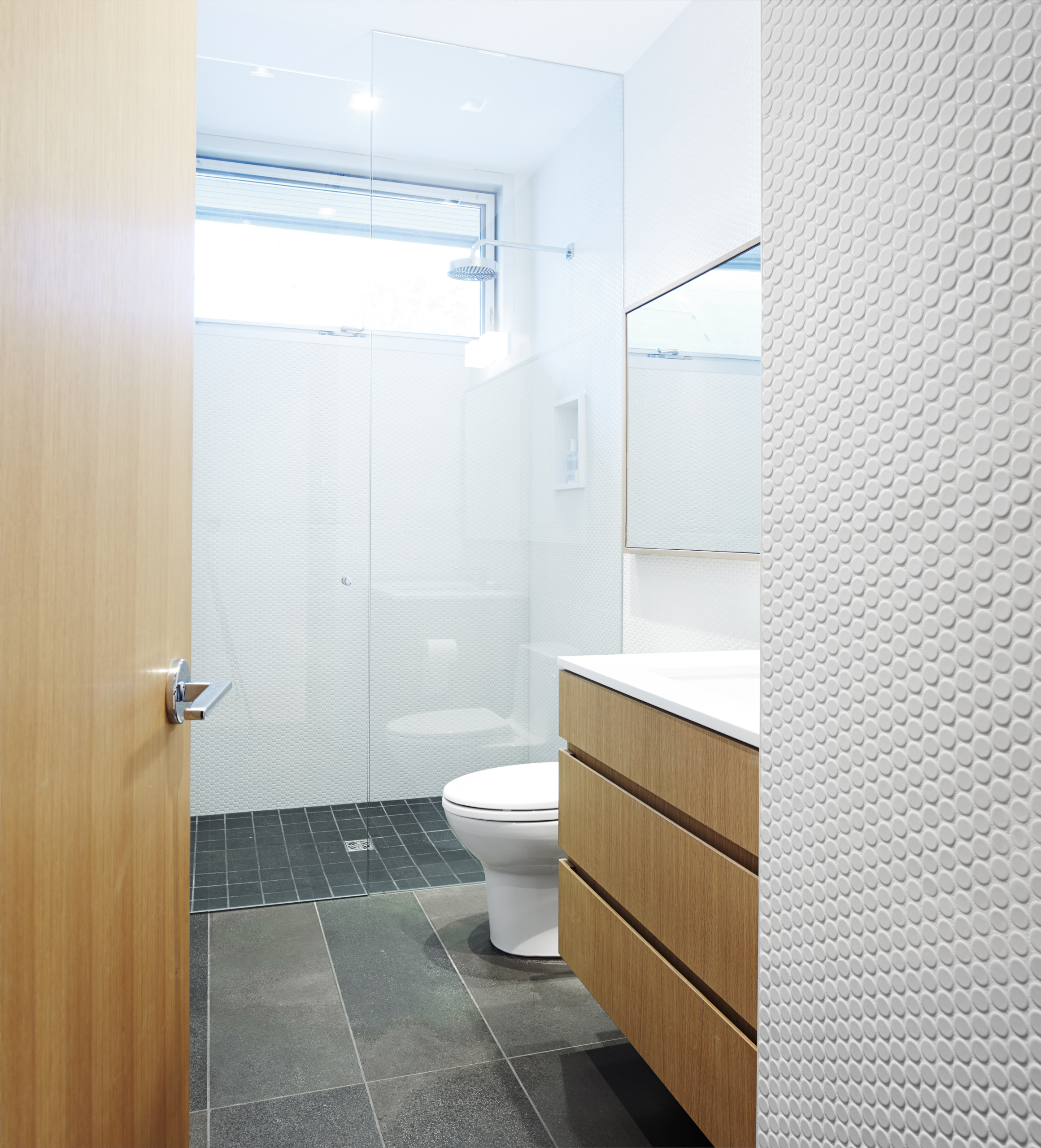 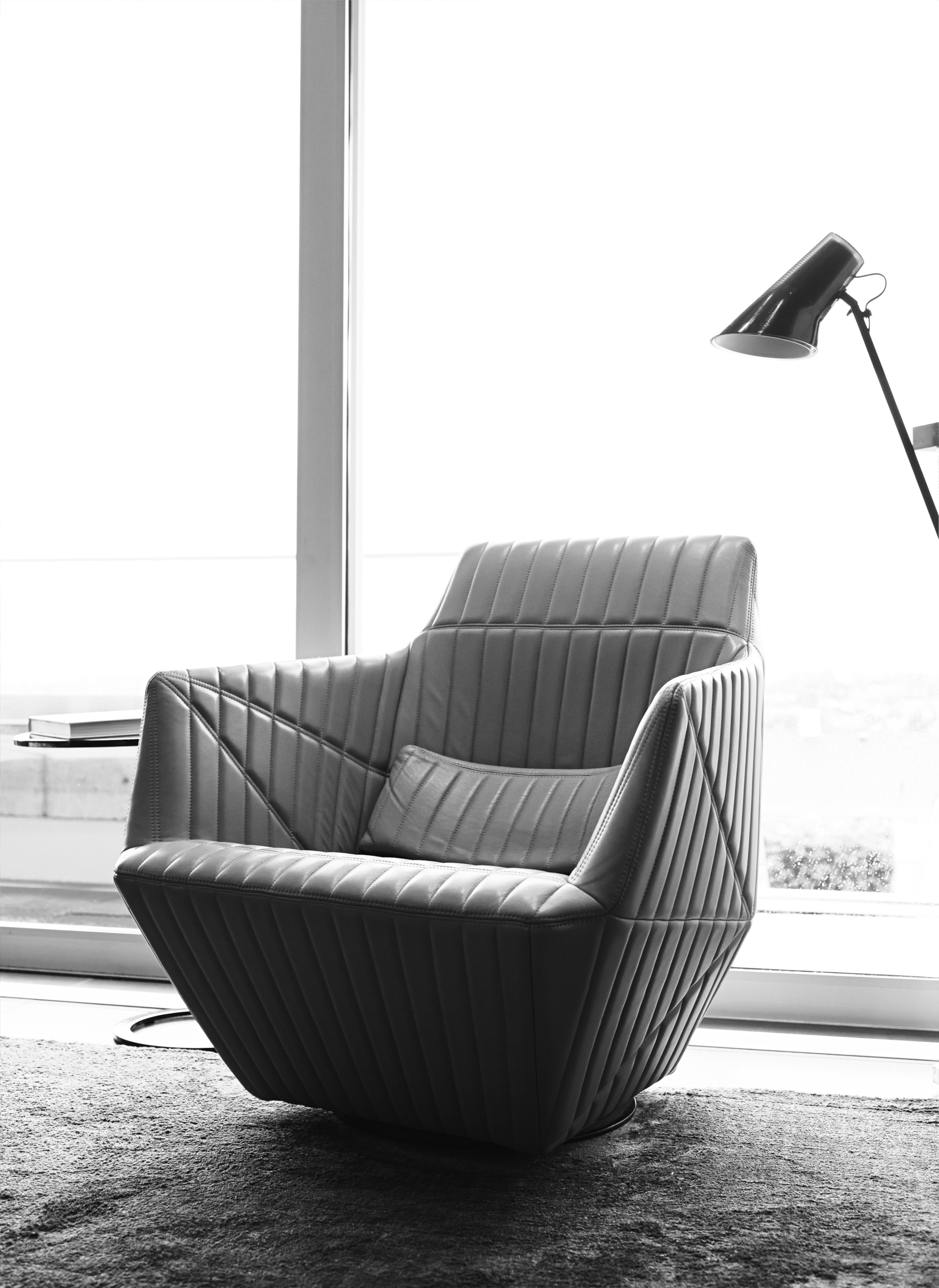 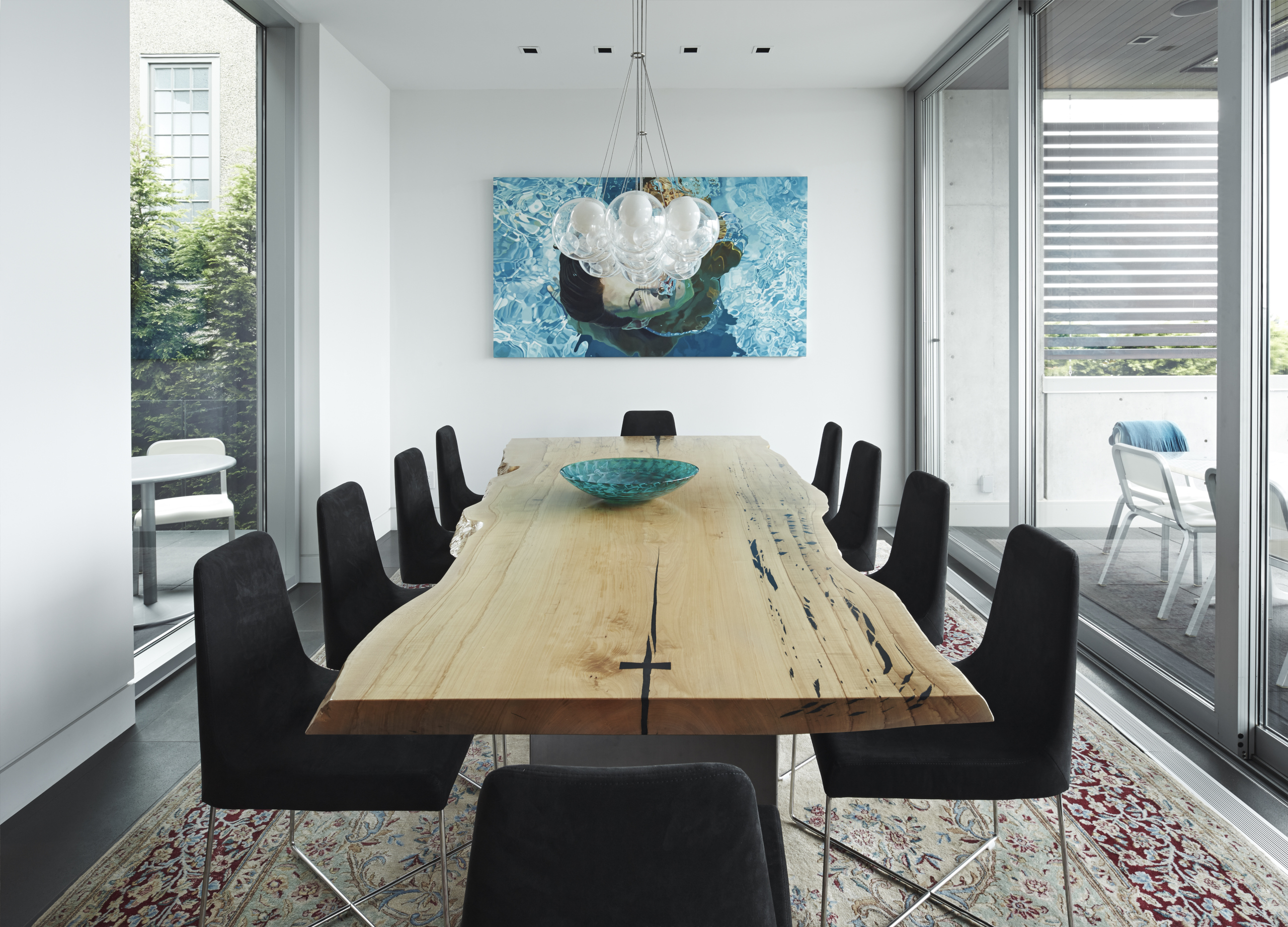 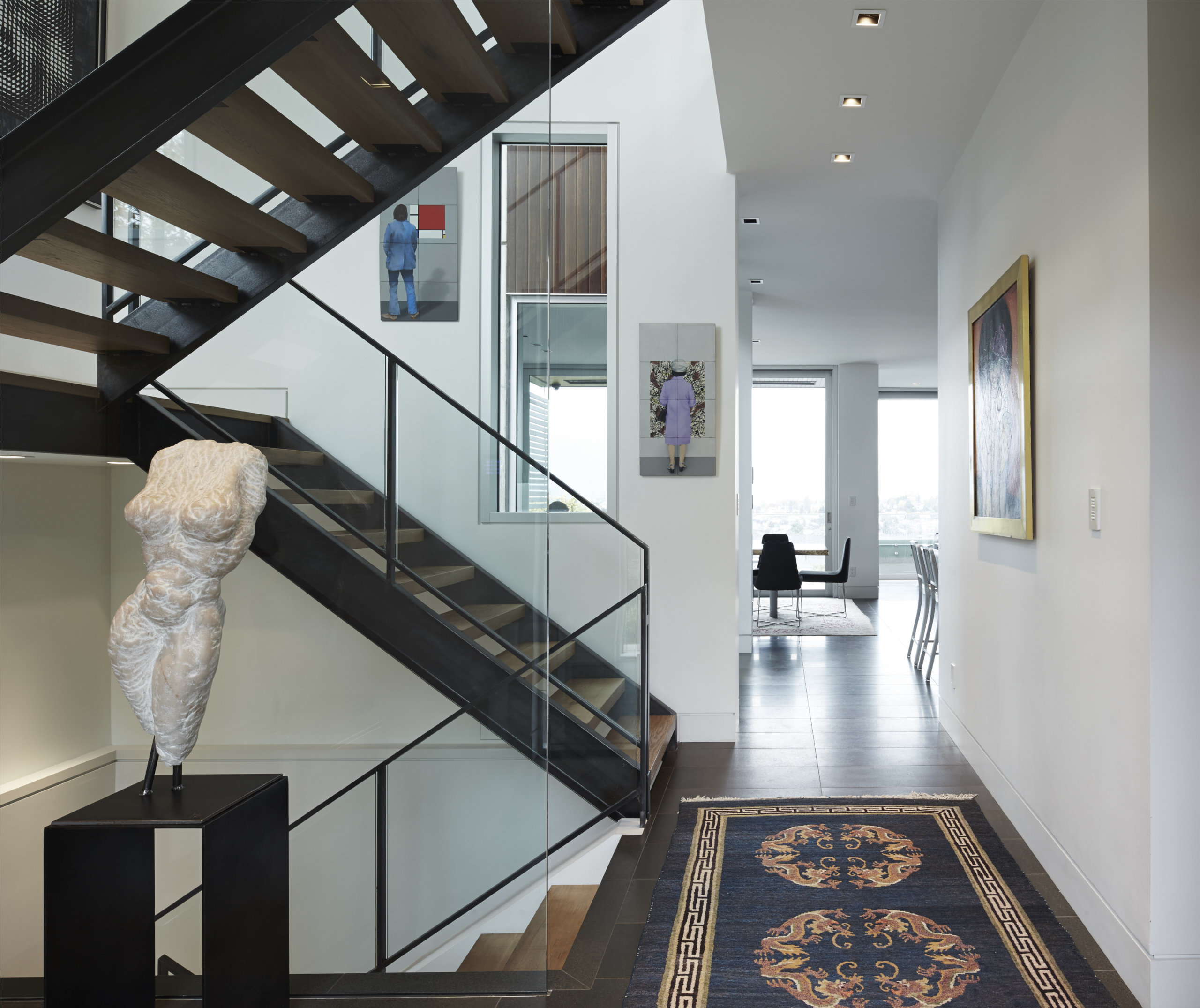 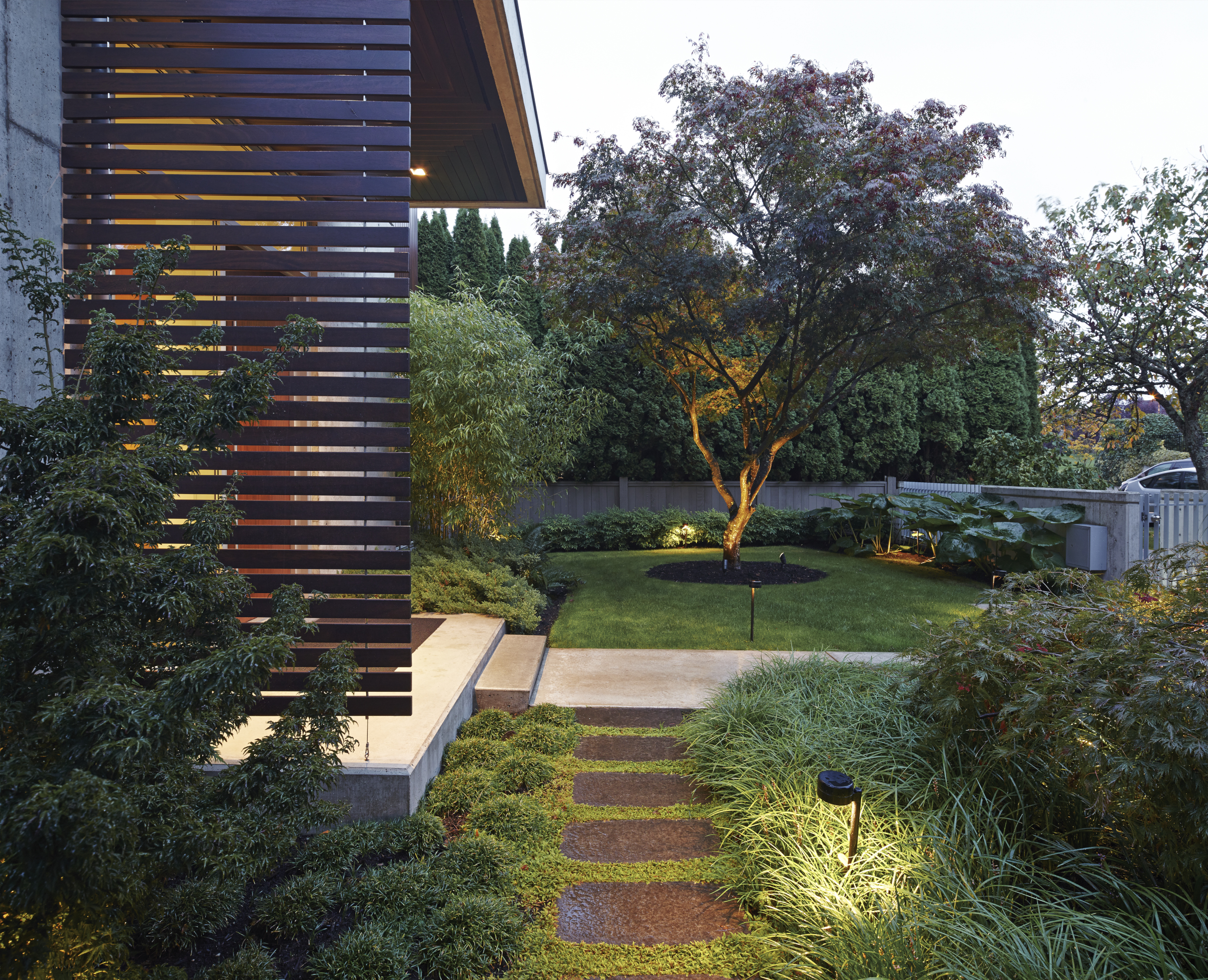 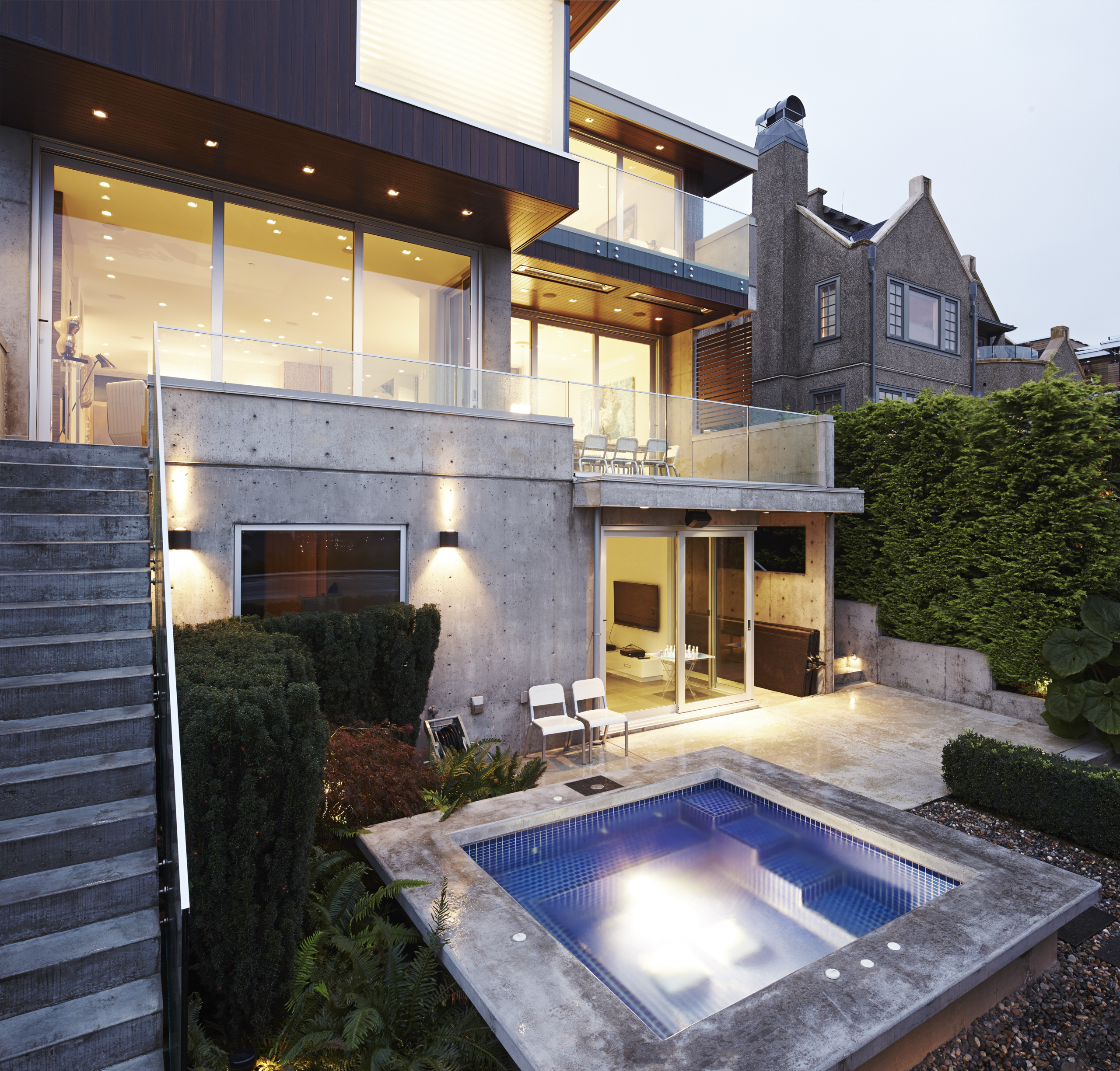 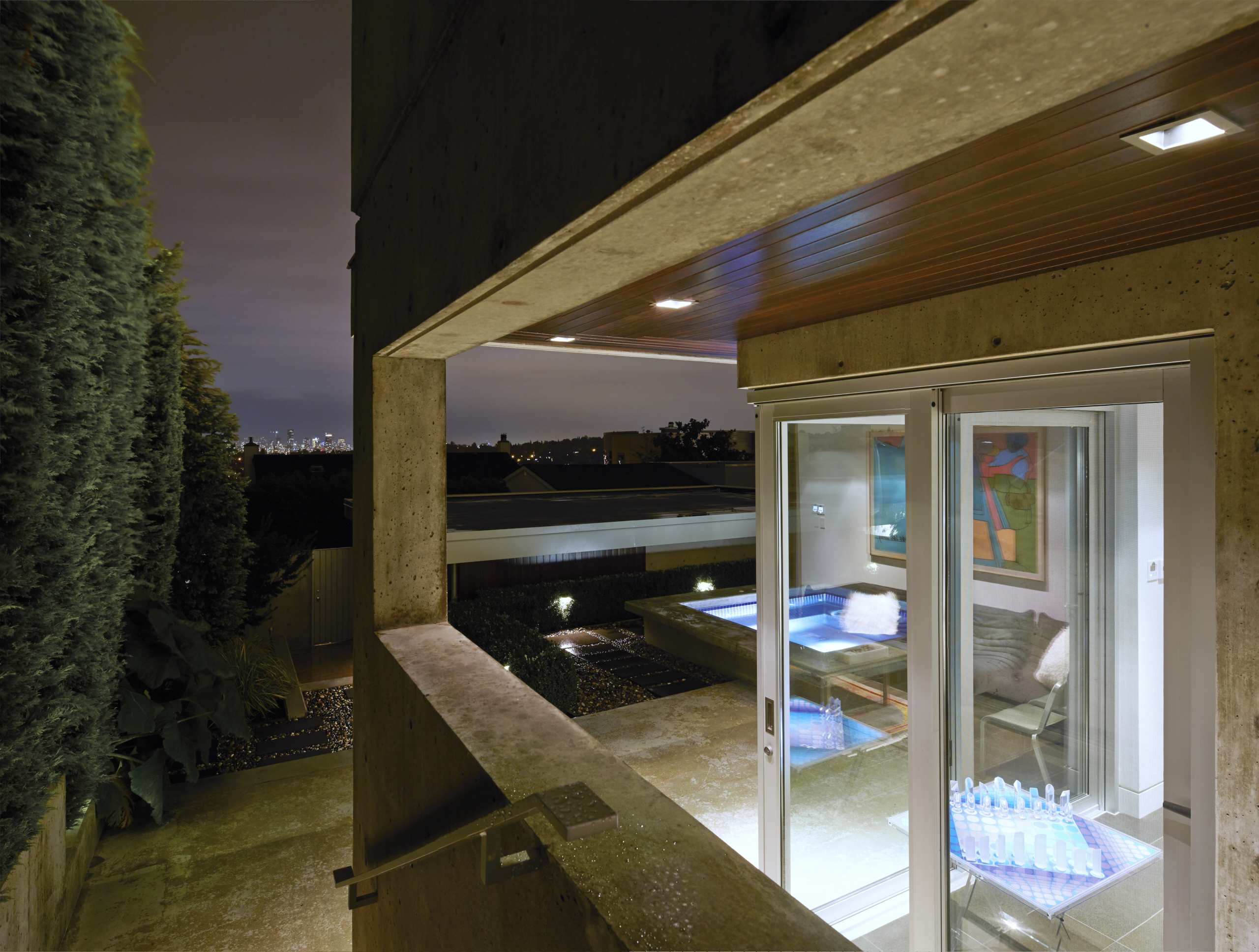 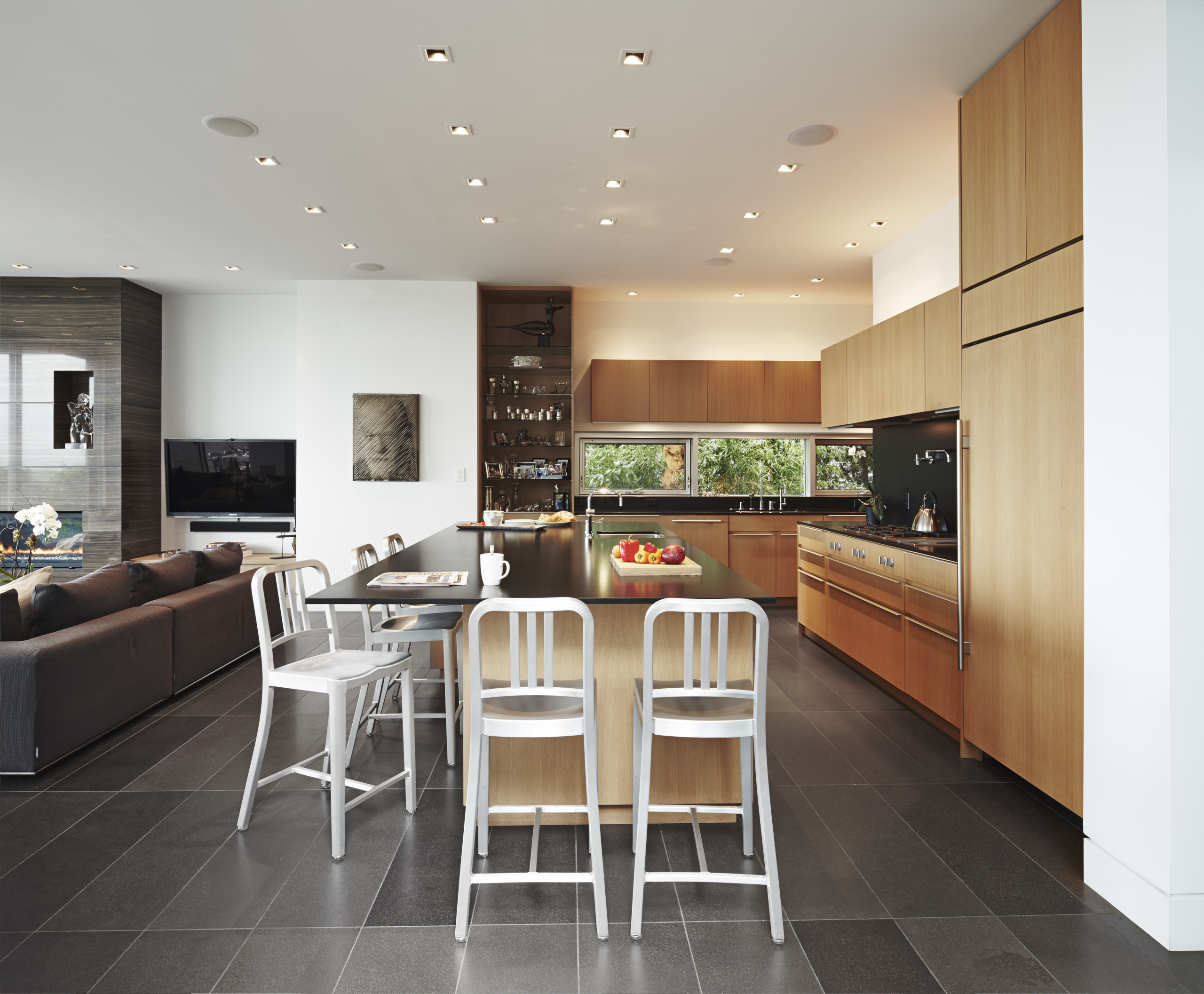 Lengthy process produces a home worth waiting for

The owner says he was “primed and prepped” when he and his wife began planning what eventually became this three-storey home in MacKenzie Heights. It took time for a lot to be scouted, bought and eventually built upon, but he maintained his enthusiasm throughout.

In fact, it still hasn’t flagged since he and his family moved in three years ago. Describing his home, he eagerly details its design, decor and function, and he sounds as enthusiastic as though he has just moved in.

The story began several years ago in Boca Raton, Florida. The family of four (including two teenaged sons) had had a spectacular home designed for them by architect Tom Benedict. The homeowner was then required by his work (he’s in global sales and marketing for a large firm) to move back to Vancouver.

“It took several years to find the Vancouver site,” he says. “The house then on the lot was 60 years old. It was charming, but it was time for it to go. We had our own vision of a place with city views from all floors, a clear 180-degree vista east to west as far as the eye can see.”

With input from Benedict and architect Shawn Blackwell, Henry + Glegg Residential Design gave the family their low-maintenance, dream home. It took a year before demolition of the former house and construction of the new one began. It took 18 more months until the new home was move-in ready.

The family is now happily living in a 4,300-square-foot home on three levels, complete with elevator.

The master suite shares the top floor with a guest bedroom, a bathroom, and a library. “From the bedroom balcony we can see ocean, mountains and downtown,” the homeowner says.

But it’s in the master bathroom that the view might be best appreciated, from an oversized soaker tub placed in a windowed corner.

The middle floor is given over to the public spaces: main entrance, powder room, and open-plan living, dining and kitchen space. The kitchen is set off from the living area by an enormous island housing a Sub-Zero under-counter wine fridge and twin Asko dishwashers. The rest of the large space holds other appliances that are much loved by serious cooks: an oversized Sub-Zero fridge, a Gaggenau cooktop, a plumbed Miele coffee system, steam oven and a wall oven. There’s also a covered outdoor kitchen.

The bottom floor was designed as a space for the two sons of the family. There are two bedrooms with ensuite bathrooms. Doors lead outside to an oversized hot tub.

“Businesswise, I’m ‘on’ all day throughout the week,” he says. “I appreciate the opportunity to be at home quietly with my family and closest friends. In the evening from any floor we can see the Lions Gate Bridge twinkling.”

Rapid Global Urbanization is impacting people and communities worldwide and shifting the way we live, work and interact with our...

PHOTOGRAPHY: JEAN-FRANCOIS GRÉGOIRE The 1970s — the decade that brought us split levels, large windows and great flow — are...