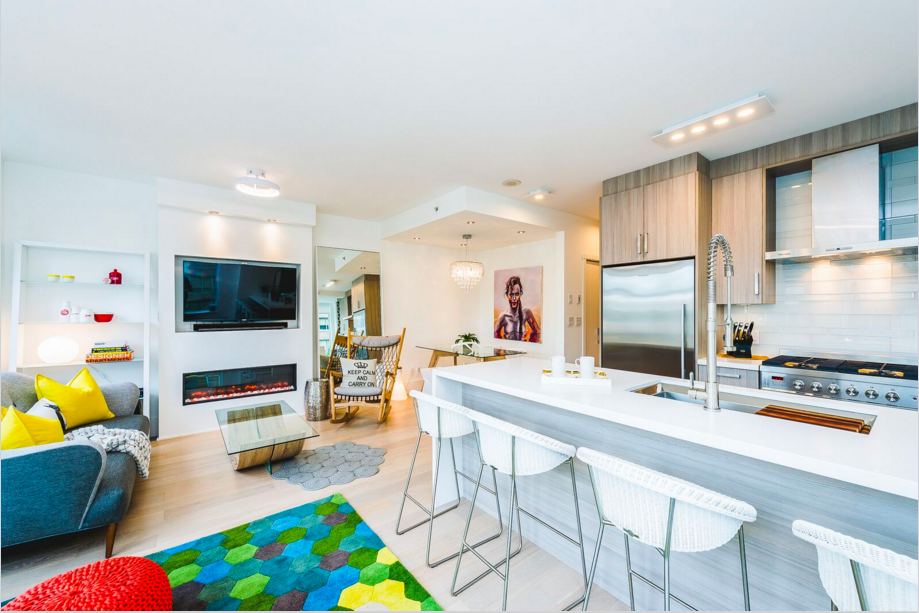 High Style On A Lower Storey 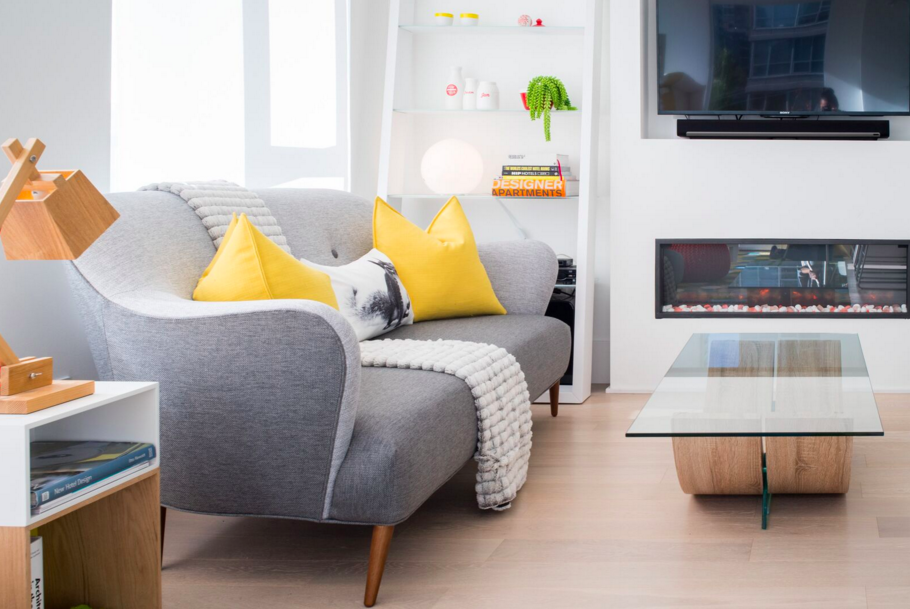 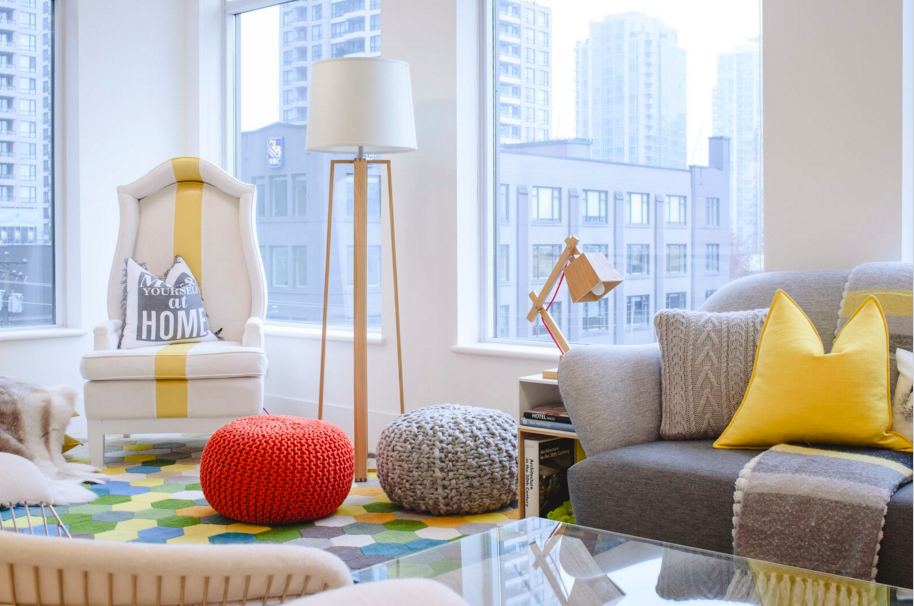 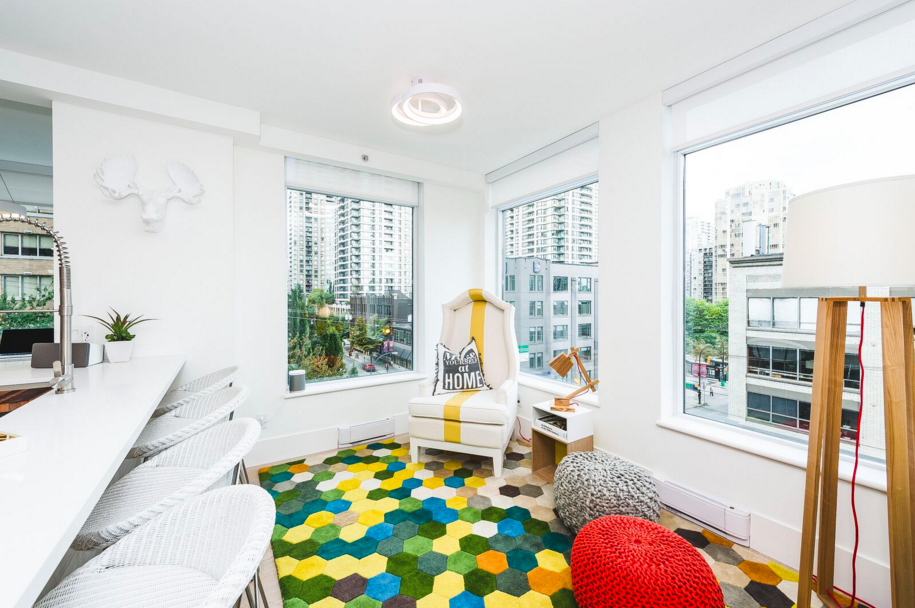 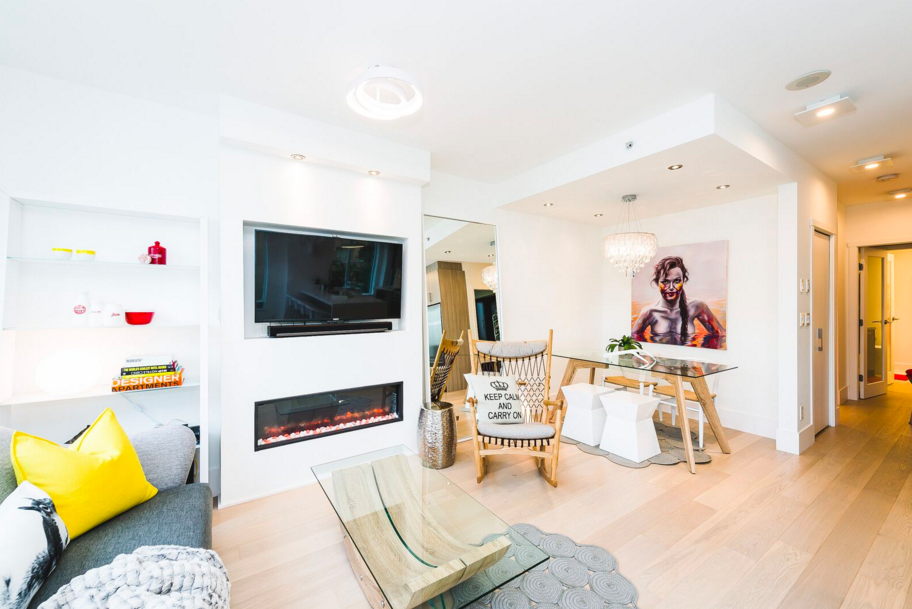 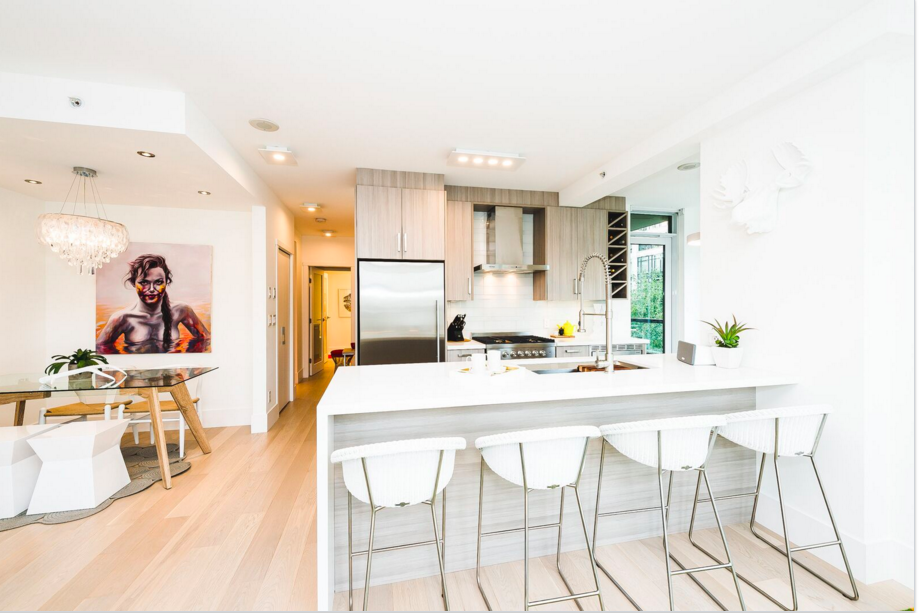 HIGH STYLE ON A LOWER STOREY

It was a case of moving down to achieve high style. At one hour to midnight on the eve of 2015, Vancouver interior designer Aleem Kassam, principal at Kalu Interiors, received an important phone call. The offer that he and his partner, Victor Kazakov, had put on a 900-square-foot condo was accepted. Instead of watching fireworks, the couple rang in 2015 by digitally signing the necessary paperwork.

“It was in Yaletown, an area we both just love, love, love,” Aleem says. “And we definitely needed more space than what we had at the time in the West End.”

The “comedown” lay in the fact that the new unit with its two bedrooms and full bathrooms was on the building’s fifth floor. That was a bonus for the couple, who had tired of living on the 26th floor of a glass-and steel West End condo tower. A lower floor brought them closer to their new neighbourhood and its gourmet eateries and hip nightlife. Also, their surroundings were viewed through what Aleem calls “picture-frame windows.” Wall space around the windows frames the view in the bright and airy unit.

However, the condo’s decor didn’t reflect either the surrounding urban renaissance or the designer’s tastes. Aleem decided to start afresh, taking two months to strip it down to create a clean canvas, removing walls to create an open-concept layout. “The condo was built at a time when builders were into many closed-off rooms,” he says.

It was a big issue in the kitchen area, which was crying out for a more open concept. It’s the true heart of the home for the couple: Victor loves to bake while Aleem does most of the cooking, and both wanted it to flow into the living and dining rooms. To that end, a wall facing the former solarium/breakfast nook was removed; it now serves as a bonus room that the couple used as a study. What was once an extra room on the opposite end of the kitchen is now an open dining area.

Somewhat ironically, it was because Aleem is a designer that choosing a design direction became difficult: so many trends, so many ways to go. He turned to fellow designer and business partner, Phyllis Lui, for feedback. “I reminded him that he always comes back to the new Scandinavian look,” Lui says, “very modern with a light, neutral palette, and that he likes to add intense touches of colour.”

Essential to the look are plenty of pale surfaces. Walls, trim and ceilings are the same pure white in varying finishes. Played against this snowy backdrop is wide-plank engineered oak flooring in a white oak finish throughout the condo. Aleem placed laminate millwork in the same finish on the kitchen island, running the grain horizontally. For contrast, it runs vertically on the cabinetry that extends to the ceiling. “Aleem really made a statement with the way he used textures,” Lui says.

Aleem laughs when he remembers how long it took to come up with the backsplash design. With Lui, he sketched scores of designs before settling on rectangular white glass tiles. They are laid horizontally to contrast with the cabinetry and set slightly off-centre to add that extra bit of design interest. The clean lines of the island’s white-quartz countertop with its waterfall edge help create a natural flow into the main living area.

The same millwork used in the kitchen also appears in the two full bathrooms, as do the countertop and tiles. In the master bathroom’s walk-in shower, for instance, the same tiles used in the kitchen backsplash were run vertically as a waterfall insert. “Continuity is important to flow, so I try to limit the number of different materials and finishes used in a project — including my own home,” Aleem says.

He took a somewhat freer hand when adding colour through accessories. Aleem is a fan of classic Palm Springs style, a chic Mid-century Modern approach that relies on the interjection of colourful accents. Having spent a romantic stay at Palm Springs’ Avalon Hotel with his partner, he decided that the look also had a personal appeal. “And there’s something about the yellow they used that really excited me as a designer,” he says. “Plus it’s a very light and happy colour.”

Aleem and Victor have since moved on and sometimes regret leaving this stylish nest in a great neighbourhood. “In the end I like to design and try new things,” Aleem says. “I was ready to move on from one thing to start the next.”

New Orleans's oldest neighbourhood is known as the French Quarter. Yet examples of the New France style of architecture are...

Iconic and quirky, for 90 years the Jacques Cartier Bridge has connected Montrealers — and in unexpected ways. Montreal was...

The Greening of Home

Jennifer Lynn Walker calls herself an “eco-realtor.” This Montreal real estate broker  says she’s interested in “anything and everything to...