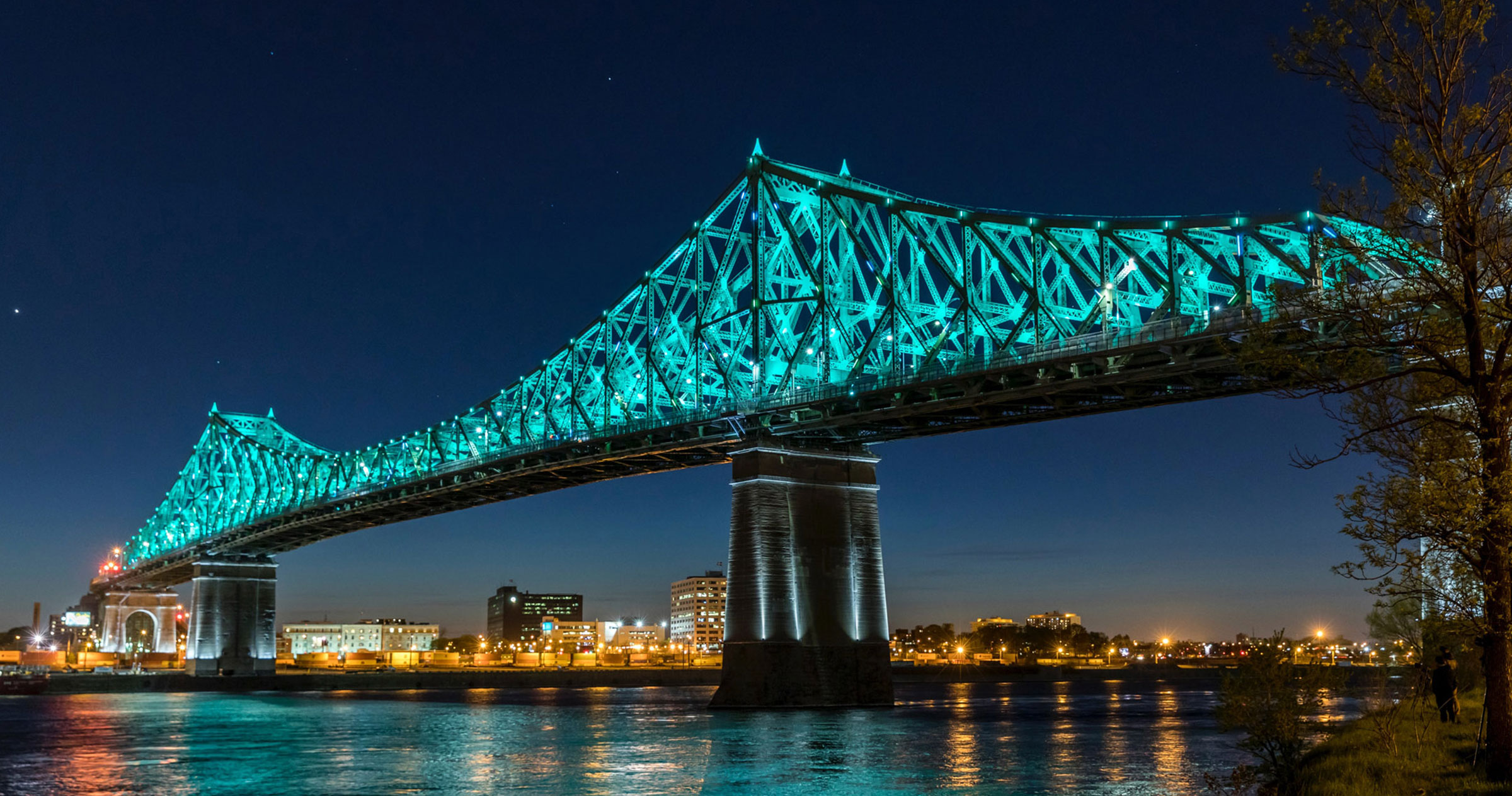 Iconic and quirky, for 90 years the Jacques Cartier Bridge has connected Montrealers — and in unexpected ways.

Montreal was a boom town in the post World War I era. More than 6,000 of the newfangled motorcars rolled along its streets. But getting to the suburbs to the south and arteries leading to communities beyond and the U.S. was tricky. For to cross the might St. Lawrence River, Montrealers would have to take one of two ferries or in winter risk the crossing via an ice road.

Plans were drawn up for a 3.4-kilometre-long bridge that would link Montreal Island with Longueil on the South Shore, touching on Île Ronde and St. Helen’s Island along the way. They would include provisions for not only vehicles, but a tram and two lanes for pedestrians.

After five years of construction, the bridge was inaugurated on May 24, 1930. And in a way that seems to foreshadow Montreal’s efforts in future decades to become a “wired” city, one that embraced emerging technologies. Canadian Prime Minister William Lyon Mackenzie King made a virtual appearance, phoning in his speech from Ottawa before pressing a remote-control button to unveil a ceremonial plaque.

The bridge’s design was entrusted to engineer Philip Louis Pratley. Its graceful curve was not so much an architectural embellishment as a necessity. Hector Barsalou refused the expropriation of his soap factory, necessitating some changes that would result in it being known as “the crooked bridge.”

Today, most people viewing the Jacques Cartier bridge overlook this flaw. Tourists go out of their way to view it from the Old Port and other vantage points. And it still wins almost universal admiration for the way its architecture combines concrete with steel latticework. And for the distinctive finials gracing the top of its four main columns, which seem to emulate the Eiffel Tower.

Not to be outdone by the City of Light, each evening the bridge is illuminated with thousands of LED lights. It is called the Living Connections Project, launched in 2017 to commemorate the 375th anniversary of Montreal and the 150th anniversary of Canada. The span dances with ever-changing vibrant colors and animations thanks to an intricate digital web.

Multimedia entertainment studio Moment Factory served as the project’s creative lead with help from six local Montreal design studios. They claim that the show is a real-time response to the rhythm of the city, as reflected in data collected through social media and other channels “to reflect the energy and pulse of the city.”

The Jacques Cartier Bridge is still very much a working bridge. Some 98,000 vehicles traverse it every day, making it the third busiest bridge in Canada. A 2.7-kilometre multipurpose path keeps it open to pedestrians and bicycle commuters during warm months. •