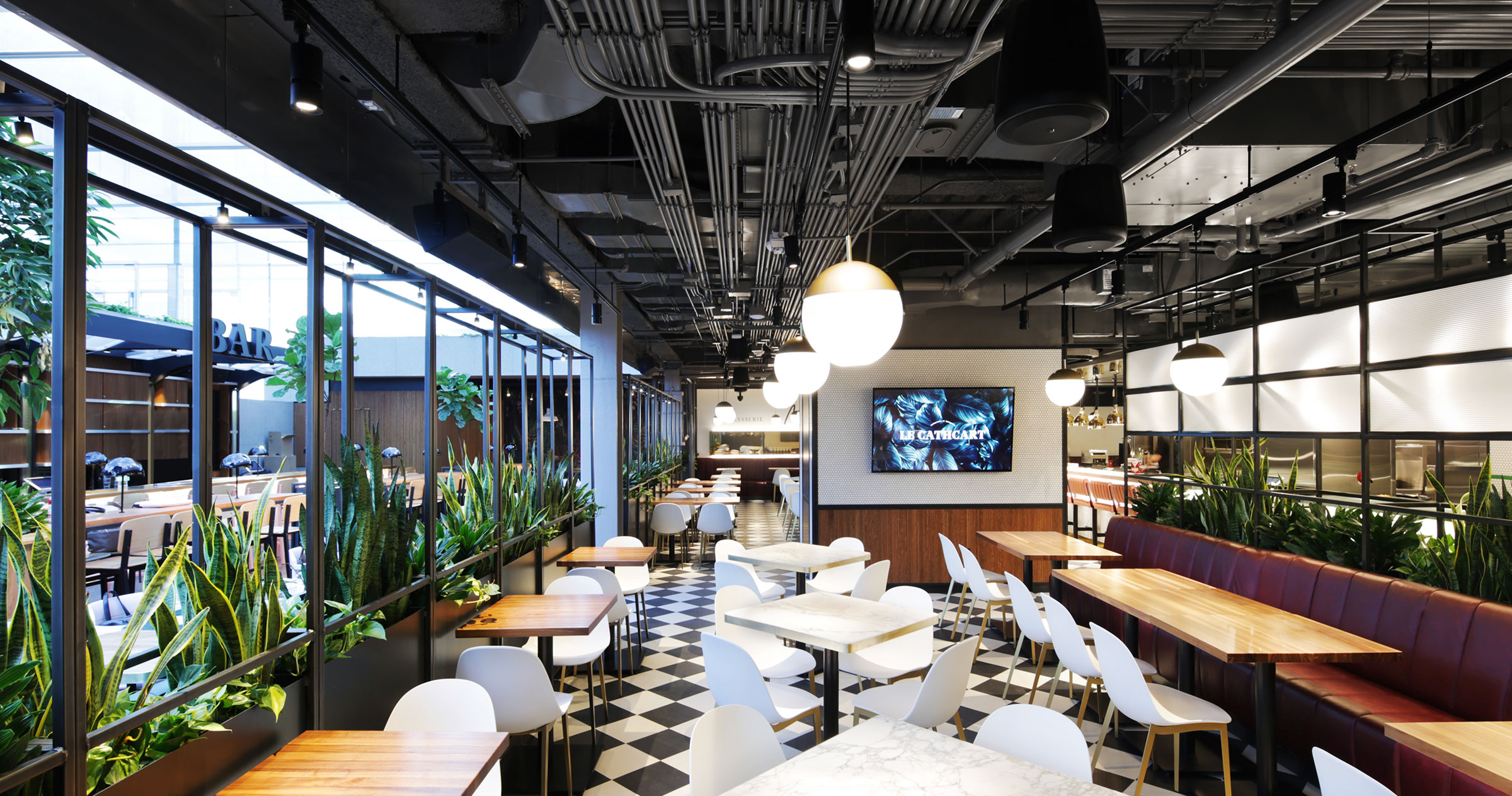 Picture yourself at one of  Montreal’s many foodie hotspots and the term “beer garden” probably does not spring to mind. Le Cathcart Restaurants et Biergarten might change that. Officially opened in January, 2020, the architecture is proving as much an attraction as the culinary delights on offer.

While the COVID-19 quarantine kept the space closed for a while, it has now reopened, albeit with standard health and safety protocols in place—the wearing of masks, physical distancing and hand-sanitizing, among them.

Le Cathcart is the third of the reimagined upscale food courts in the city. Time Out Market at the Eaton Centre and Le Central on St. Laurent Boulevard opened in 2019. They were in the vanguard, combining chic surroundings and the convenience of tray service with offerings from some of the city’s top culinary talents.

And they were obviously thinking big when it comes to the revitalization of what was once a wasteland on Place Ville Marie’s esplanade. Now a dazzling 7,000-square-foot glass pavilion—one of the largest glass structures of its kind in North America—it houses two sunken courtyards, an indoor garden, and an expansive open dining space supported by 18 glass beams. Diners are immersed in the surrounding cityscape while enjoying an unobstructed view of Mount Royal to the north.

“We used a refined industrial approach, beginning with lots of steel and other rough materials, and then softened them with more sophisticated finishing layers,” says Jean Pelland, architect and senior partner at Sid Lee Architecture.

Food operations are overseen by three partners: From A5, Alexandre Besnard and Patrick Hétu work with Antonio Park, superstar Montreal chef behind Park and other landmark Montreal restaurants.

The floating structure that is Le Cathcart Restaurants et Biergarten is intended to serve as a new and enticing gateway from the city streets to the boutiques of Galerie Place Ville Marie and beyond.

“Realizing a project in downtown Montreal for an iconic site like Place Ville Marie comes with immense responsibility: to create a living environment that thousands of people will visit daily,” says Yves Dagenais, architect and senior partner at Menkès Shooner Dagenais LeTourneux Architectes. •