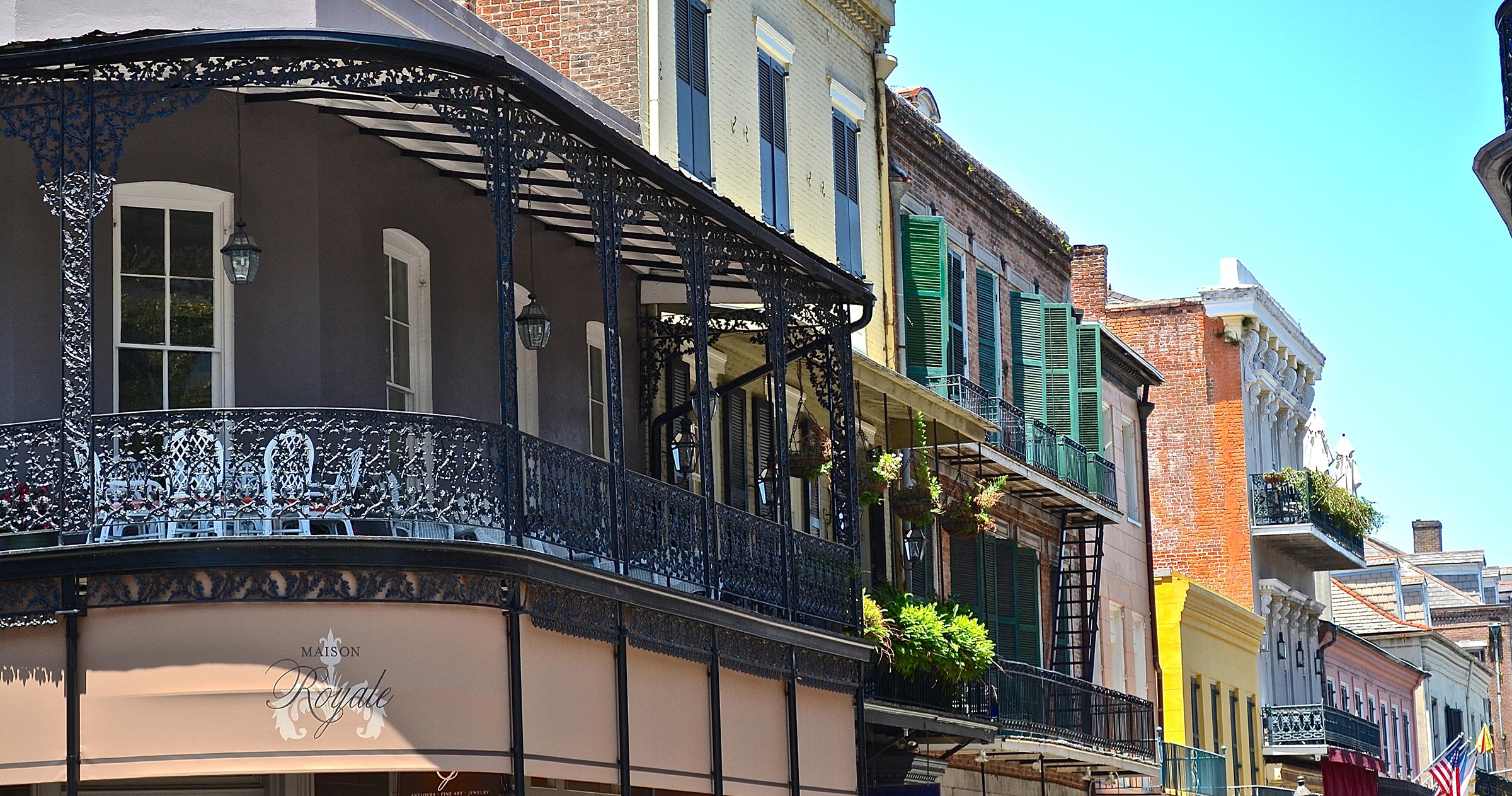 New Orleans’s oldest neighbourhood is known as the French Quarter. Yet examples of the New France style of architecture are a rara avis. Were they washed away by the many devastating hurricanes, including 2005’s Katrina?

Surprisingly, the real culprits were two 18th century fires that not only incinerated early French influence but gave the Quarter a decidedly Spanish flair.

First there was the Fire of 1788, a time when the then-province had been under Spanish rule for two decades. It began in the home of military treasurer Don Vincente Nunez. A candle left burning ignited some nearby curtains just as strong winds rose, helping it to spread quickly. Because it was Good Friday, priests refused to ring church bells in alarm.

When it was all over, 856 of the city’s 1,100 buildings were gone. Homes and stores were razed, as were a church, the town hall and the Charity Hospital. The city’s shaken governor reported to Spanish authorities of “a city, which in less than five hours has been transformed into an arid and horrible wilderness.”

A scant six years later, a hay store on Royal Street in the French Quarter caught fire. This 1794 conflagration caused far less damage, with only 212 wooden buildings catching fire.  But it did spur the Spanish government to offer citizens assistance in rebuilding. The catch: they had to conform with stringent fire prevention codes.

These included an edict that all new structures be built of non-flammable materials. Of such, the stone that was so beloved of the early inhabitants from France was not available. Brick and stucco walls and tile roofs began to appear.

The Quarter’s wood cottages surrounded by gardens did not meet the new code. Now, buildings were required to be attached and to front onto the sidewalk, the thinking being that this would create a firewall.

A few buildings still stand as testaments to the New France heritage, such as: