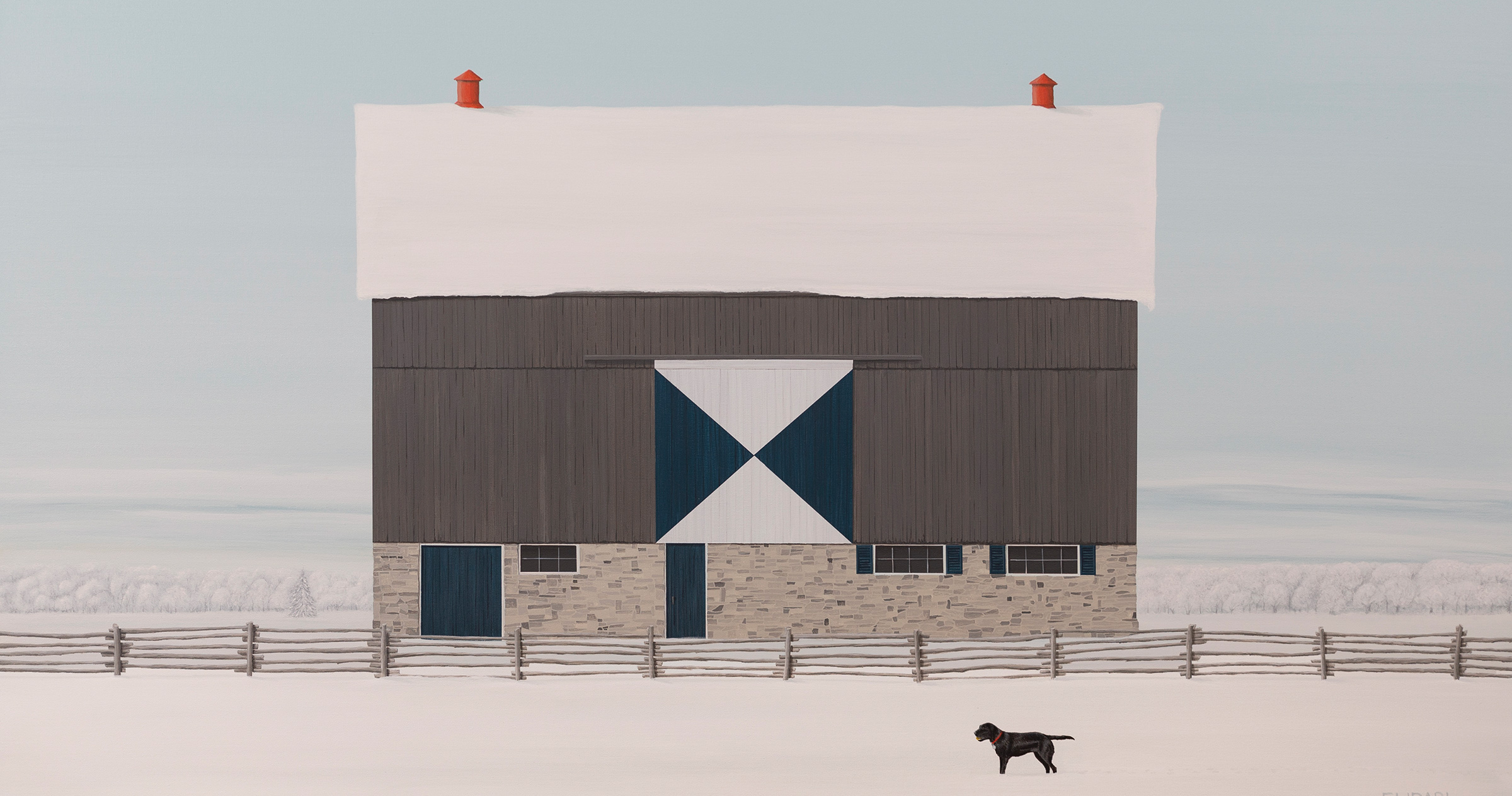 Frank Lipari is a late bloomer. That’s not to say that, in his 60th year, he hasn’t had a full family life or a productive career, but it’s only recently that he has devoted himself full-time to his passion: painting.

Lipari’s path through life was fairly conventional. He grew up in Montreal and was graduated from l’Université du Québec à Montréal (UQAM) with a degree in business administration and a major in marketing. He worked mostly in advertising, and by his late thirties was vice-president of creative and design at a retail marketing agency.

“For my 52nd birthday, my wife gave me a painting course at Westmount’s Visual Arts Centre,” he recounts. The course’s 10 lessons “brought me back to my teen days, when I used to draw.”

Lipari offered a painting to his mother-in-law, who hung it over her mantel in Kennebunkport, Maine. An interior designer saw it, and from there his reputation spread.

By 2014, he was “100 per cent dedicated to art.” His work is carried by several galleries in New England and two in Ontario.

But that’s just the surface of his story. The undercurrent runs much deeper. The main influence on his life was the death of his mother when he was 12 years old – a loss that has affected him profoundly and that strongly in- forms his artwork, with its moody landscapes, isolated animals, and brooding skies.

“When I began high school, I was a bit tormented, introverted,” Lipari recounts. “My father was preoccupied, and I turned into myself. I had a lot of time alone. My uncle took me under his wing, and we went fishing and hunting in the Laurentians. I turned to Nature as a focus.”

That uncle, his father’s brother, was “a seminal influence” on Lipari’s life. “As a kid I always liked Robert Bateman’s work, and I do like making animals,” he says. “With my uncle, I saw animals in the landscape. It was like a gift; for me, animals are part of the landscape. I like horizons, wide open spaces, a very minimalist approach. There’s a feeling of grandeur. It comes from, as a kid, being powerless, feeling so small. My life is so little in the big picture of things.”

Lipari focuses almost exclusively on Nature as a subject. Arctic landscapes are a strong motif in his work, inspired by trips with his uncle to go goose hunting in James Bay. He also went on an African safari two years ago. It was worlds apart in flora, fauna, and climate, but nonetheless immersed him in a landscape of huge vistas and skies.

His technique is his own. He credits the Visual Arts Centre course with teaching him about technical aspects of painting, such as the chemistry of colour, but he is otherwise self-taught. “I never really learned to ask for help,” he says. “I think I was always a bit creative in my approach for everything, and I have a certain type of discipline” that is evident in his technique.

Lipari paints on a large canvas (60 inches by 40 inches is not unusual), mainly in acrylics. An idea is inspired by something he’s seen in real life, or by a photo, but “most of the time I’ll compose an image from scratch in my head.” His years surrounded by graphic design in ad agencies have led him to painstakingly plot the proportions and layout of a picture. He sketches on paper with pencil to get the final look and then extrapolates the image to the large canvas.

On the canvas, he sketches in erasable watercolour pencils, and then starts on the background, using a four-inch-wide brush and thinned paint. He painstakingly builds up layers for the background, then does the same for the sky. “I use an inconsistency of paint when laying it down, tone on tone, very discreet, and then start blending,” he says. After that he adds in the water or land, then the background – for example, an island – and then the main subject matter in the foreground. “The main subject becomes more technical,” he says. It involves “precise work, small brushes and very liquid colour.”

“I haven’t done much research on artists,” Lipari says. “I want my art to come from me. This is how I’ve learned to do it. It’s completely me, from zero to 100 per cent completion.”

He says art must come from the soul. “It has to show the artist’s emotional being. I like art that means something to me and means something to the people who see it. If I were asked to do an abstract, I wouldn’t know where to start. Composition is important too. It’s all that: subject matter, composition, a mood. Touching emotions is my greatest motivation.”

While art comes from the soul, the world in which Lipari makes his art is crucial, too. He is emphatic about “the importance my wife Caroline plays in my life and how this wonderful woman helped me get in touch with my inner self. Without her understanding and love, I would not be the man and artist I am today.

“Caroline and our three girls make me feel like I’m not alone in this world and, because of them, I don’t feel so small. Caroline is not only busy handling galleries, market development and a host of other responsibilities, but she’s also my beacon.” •