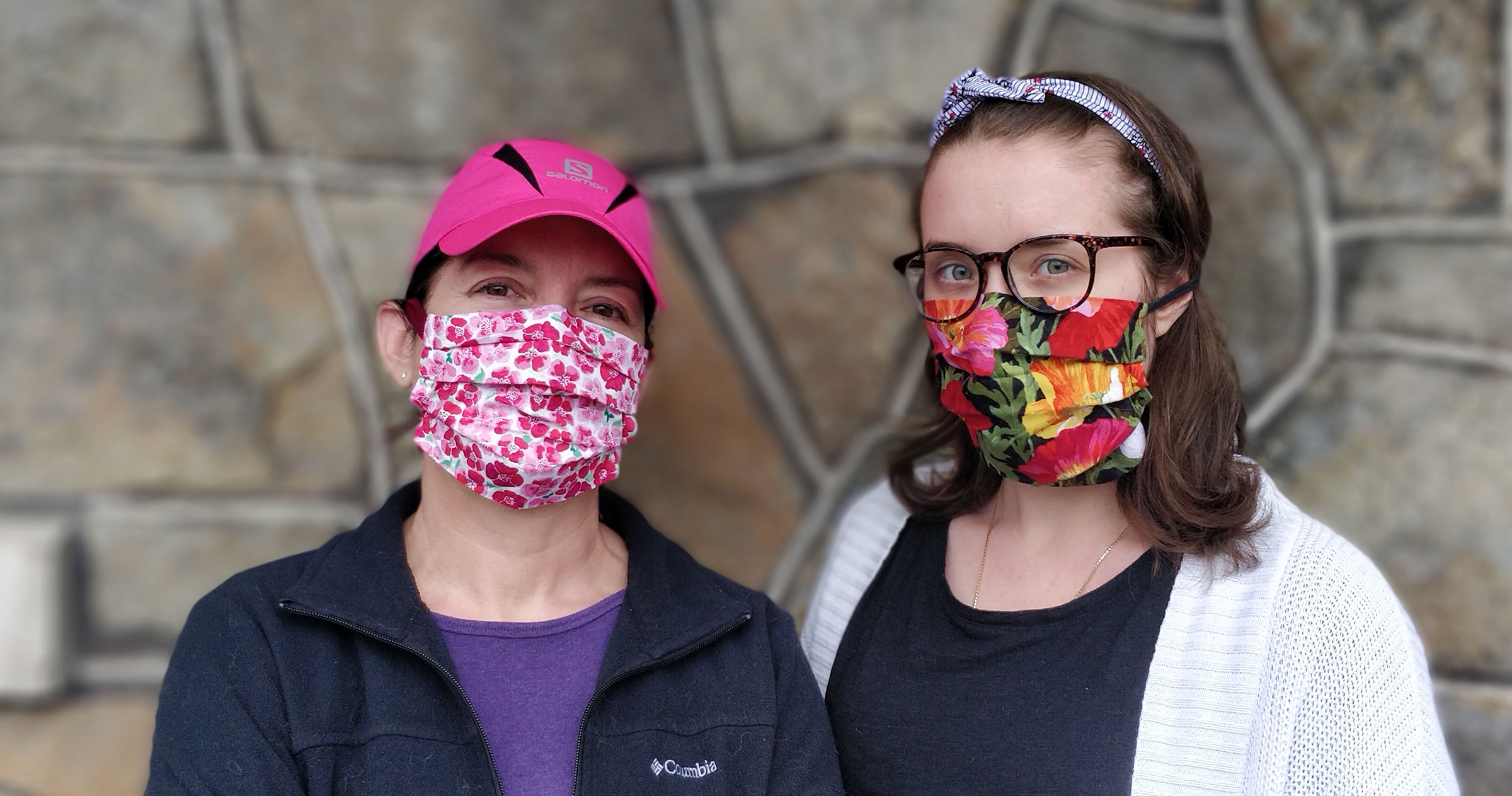 People who sew are busily stitching protective face coverings for healthcare workers, friends and family during the quarantine

The past two months have seen an unprecedented growth in an unusual new cottage industry: the home-based creation of face masks to protect against the COVID-19 virus. Once it became apparent that the health-care sector was facing shortages of the critical protective wear, an army of people across the country took to their sewing rooms and got busy.

“I started sewing masks because a friend of mine who is a nurse told me that she was afraid to go to work due to a lack of masks,” says Karen Ripplinger Wylie, a resident of Montreal’s suburban West Island. “So, I began sewing masks. I contacted a company that I know of and asked them if they could help. They cut out 1,500 cotton masks to be sewn.”

Wylie and her neighbour, Tracey Berman, have together produced 150 masks, which have been donated to a local quilters’ guild to distribute among health-care agencies.

Quebec is the hardest hit of all of Canada’s provinces, with slightly more than 50 per cent of the country’s COVID-19 cases.

Wylie says that when the pandemic struck, she felt a strong need to help. “I wanted to contribute in some way,” she says. “I spend between three and four hours a day sewing masks. Each takes about a half hour to make.”

There have been glitches along the way, she adds. “Other people who are doing this have told me that their sewing machines are breaking down because they’re not commercial machines designed for heavy work. And it’s difficult to get repair people to fix them because they’re not considered essential-service workers.”

Sonia Ruivo and her daughter, Tatiana Zamozdra, also residents of the West Island, have been busily producing masks through their home-based company, Windmill Creations (www.windmillcreations.ca). They donate the masks they sew to health-care workers and sell them to anyone who has been unable to purchase protective face coverings in the retail outlets that are still open. Before the pandemic, the two used to sew hair scrunchies and makeup bags as a hobby. “Once, the quarantine began, people started asking us if we’d make them masks,” says Ruivo. “We’ve made 250 and donated two batches to the Brunswick Medical Centre.”

The biggest challenge, they say, is a lack of available materials. “The longer you wear a mask that is attached with elastic, the more uncomfortable it is,” says Ruivo. “So, we use ties instead of elastic. It takes two yards of ribbon to make one mask. However, the ribbon we use for straps is hard to find right now.”

As a quilter, Franca Redivo has shifted her focus from stitching quilts to creating masks. A member of the Beaconsfield Quilters Guild, Redivo says the first question to address was the masks’ style. “There are so many opinions on what the best style is,” she says. “I am making the Olson mask, which looks like a muzzle. It’s curved and comes to the top of the nose and dips under the jaw.” It fastens with elastic, which, adds Redivo, is also in short supply now.

As of this week, the Beaconsfield Quilters Guild members and other volunteers had sewn 12,366 masks, which are being distributed to 15 sites throughout Montreal, including hospitals, community health centres and seniors’ nursing homes.

The Guild’s acting president, Fay Blenkhorn, estimates that as many as 200 West Islanders are sewing masks. The group’s project began at the behest of several doctors in various sectors. Guild members got to work and recruited other volunteers in several local community organizations. Blenkhorn says the group did research into “what types of masks were needed and logistics around laundering, sterilizing and distribution.”

“The important thing is that the masks are going where they are needed,” Blenkhorn, a retired nurse, said.

Redivo says the Guild has created a production line. “One person cuts the fabric and brings it to me. I sew the masks and then someone else attaches the elastic. I’m doing between 10 and 15 a day. Today will be particularly productive because the weather is bad; I’ll do 30. The masks have two layers with a pocket in case wearers want to insert a filter.”

Karen Wylie says she also sews pockets into her masks to accommodate filters. And a little online research has shown her that salt may be lethal for lethal viruses. “Salt water sprayed on the outside of the mask has been shown to kill viruses,” she says, citing academic research. www.ualberta.ca/engineering/news/2017/january/researcherturnssarsmaskintoaviruskiller.aspx?fbclid=IwAR3yE5A2v5L7Ij3vMw1HlaaVNrAPVhoCC66cKPwkQ5_5aWWazCPcx8mUzoA

Like other people who are sewing masks at home in the war against COVID-19, Wylie is accepting donations of thread and elastic to help defray the cost of creating the masks. “I will continue to do this as long as the masks are needed,” she said.