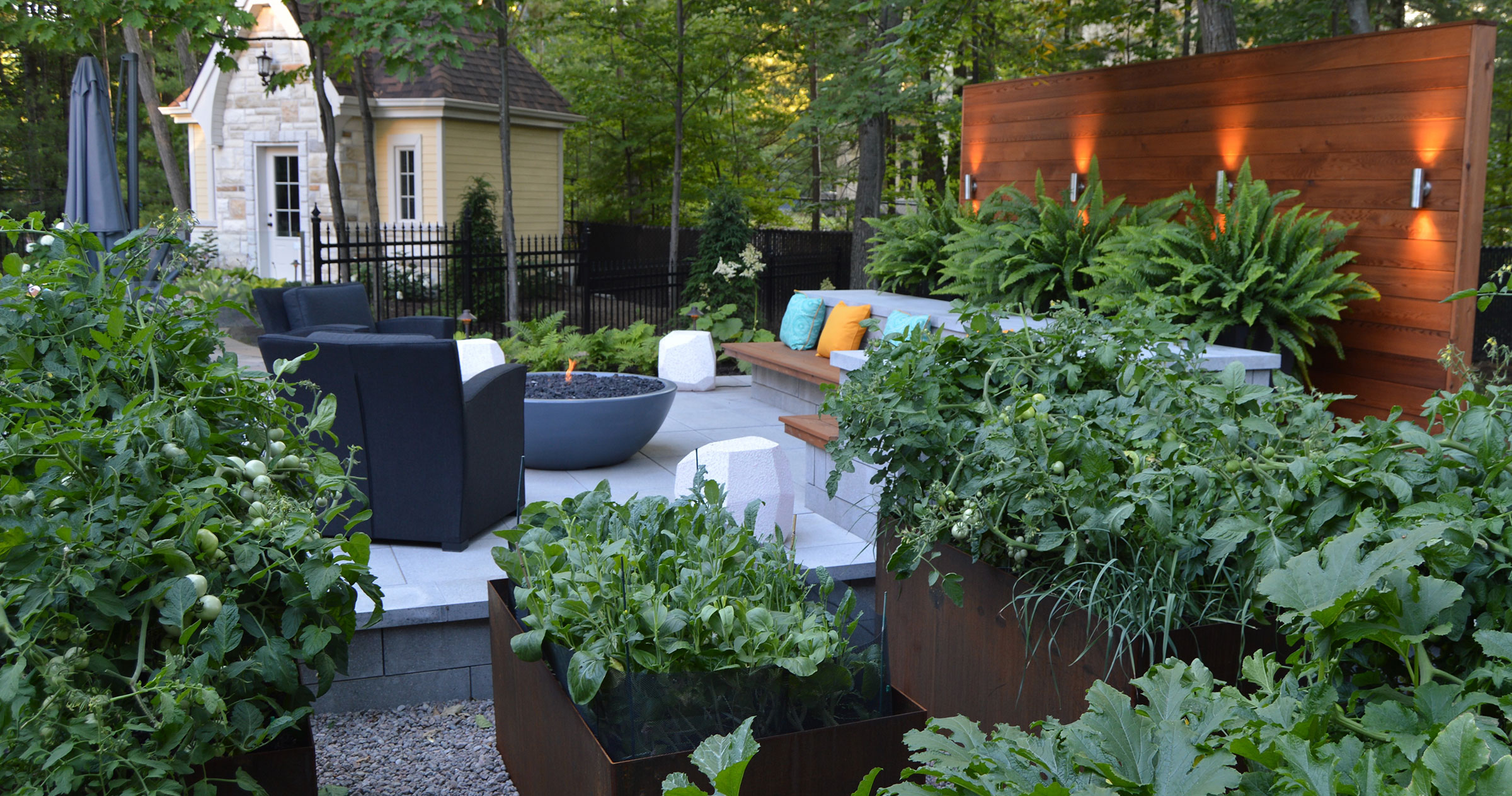 If there were ever a year to integrate a vegetable patch into one’s backyard, this year would be it.  A steady flow of fresh greens, herbs and other vegetables throughout the summer months can only be seen as a blessing in these COVID-19 days. A backyard garden created in Terrebonne, a suburb on the northeastern edge of the Montreal metropolitan region, is a perfect example of how a so-called kitchen garden (or potager, to use the French term) can be integrated into a modern garden in a stylish way.

It just takes a little thinking outside the box, says Tatiana Povereny, a garden designer with Prestige Paysage, the Terrebonne-based landscape design company that executed the work.

Povereny says the property had been already tastefully developed with a built-in pool, pool house, pergola for outdoor dining, and borders planted with perennials and ornamental shrubs. The idea now was to do away with the yard’s old kitchen garden, which consisted of two 12-by-five-foot beds that had been set off on one side of the yard and consistently ravaged by groundhogs. They were replaced with a new potager around a new raised slab seating area, through a network of raised garden boxes and paths made of pavers and loose river rocks.

“We suggested to the client that we blend the two areas together,” says Povereny.

The new raised seating area is made of straight-edged, grey-coloured slabs (Permacon’s Melville plank pavers) and measures 16 by 18 feet. It is bordered on one side by a seven-foot-tall architectural cedar screen that runs the full width of the new patio. A long L-shaped bench was installed in front of the screen. The bench, along with a collection of lounge chairs, creates an intimate arrangement around a new concrete fire bowl from Dekko Concrete that emits 60,000 BTU of propane-fueled heat.

The new potager abuts two sides of the raised patio and consists of 12 garden boxes, each measuring 60-by-30 inches. The custom boxes are made of Corten steel from Acier Urbain Inc. and come with irrigation. They are grouped in twos and threes, and one row of five boxes. Half of the boxes stand 30 inches tall while the other half stand 36 inches tall, creating visual interest.

Planted herbs, cherry tomatoes, mixed greens and other vegetables complete the scene. And because the planters are made of weathered steel, they warm up quickly in spring and stay warm later into fall, extending the growing season.

Povereny says she loves the way the project turned out—and so did the homeowner, who says: “I have to give her credit. She was courageous to go with the idea. It’s not something you see every day.” •