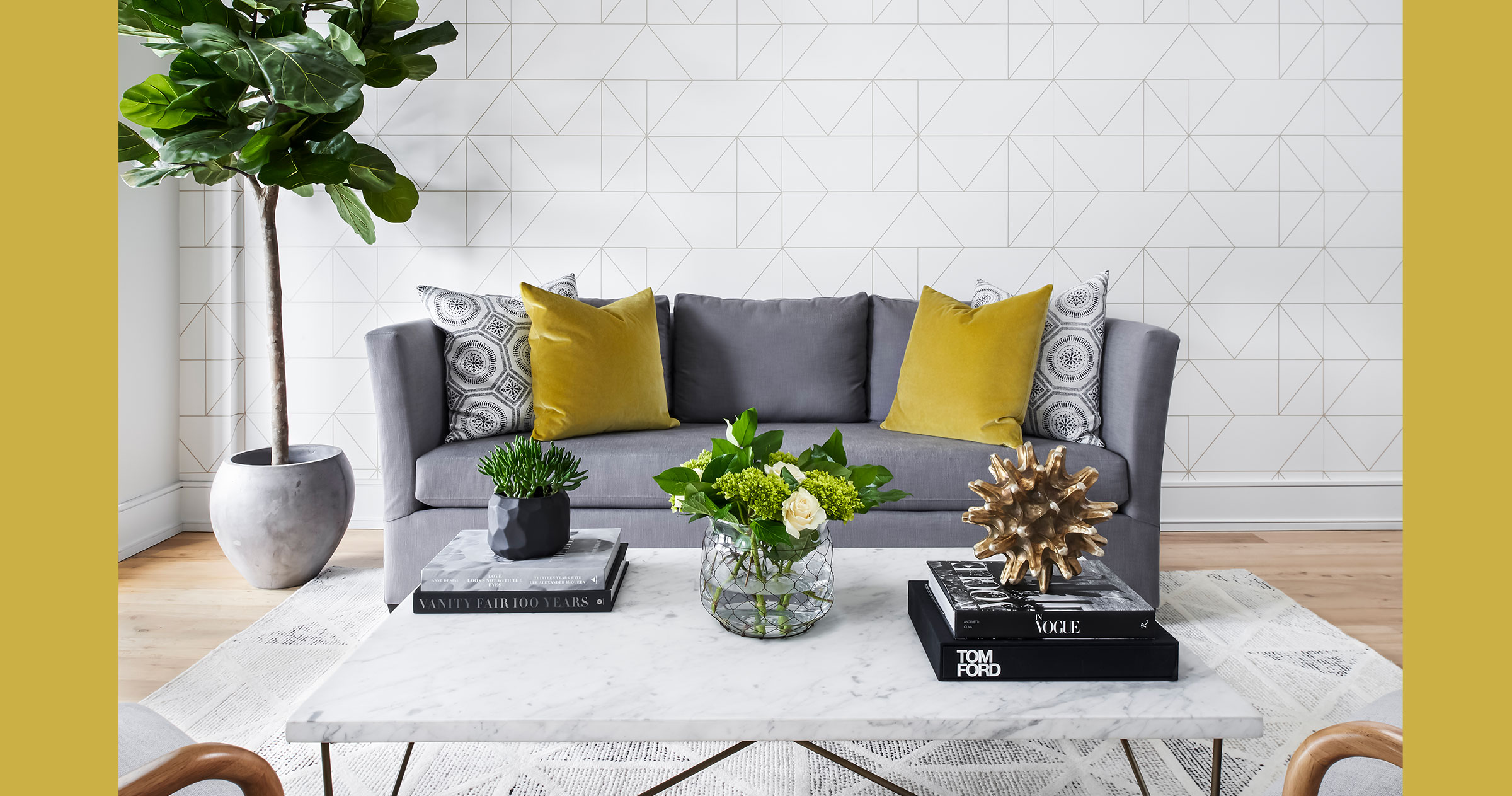 “Out with the old, in with the new” could be the motto that applies to the design of this two-storey contemporary detached home in the Yonge and Eglinton area. For not only was the structure constructed to spec from the ground up, but every element of the interior decor is new as well.

“We brought a couple of beds from our old home, and not much else,” says Simon Gray, who lives there with his wife Jacqueline and nine-year-old daughter Lily. “I guess we wanted a blank slate.”

Simon, a national account manager for a consulting firm, and Jacqueline, co-owner of an event-planning business, have been married for 12 years. They were delighted to find a property in their favourite neighbourhood, which is known as being home to a largely youthful and professional demographic.

But they were less than enamoured with the aging 1920s-era house that sat on the lot. No matter how they crunched the numbers, there was no way to convert its cramped, closed rooms within budget. And so they chose to tear it down and build a new home with three spacious bedrooms on the second floor, each with an ensuite bathroom, and a fourth in the finished basement.

For the design of the home’s interior, they gave carte blanche to Yvonne Whelan, principal at Yvonne Whelan Design. “At the beginning, we really had no idea what we wanted,” says Simon. “But she brought us such unique options, and it seemed we were always on the same wavelength. And I discovered that my own tastes were more on the modern side than I expected, which surprised me.”

The first challenge the designer faced was the home’s narrow profile. Like most in the area, it measures a scant 22 feet wide. To create a feeling of spaciousness, the architects made the most of vertical space. Ceilings soar to 10.5 feet on the main and upper floors, nine feet in the basement. “We wanted to further enhance the light, airy feel and give a look that was fresh and contemporary,” says Whelan. “So we went with seven-inch white European oak flooring throughout the home.” To complement it, most walls are painted in Silver Satin, a “greige-tinted” white from Benjamin Moore’s Off White collection. It was with some trepidation that the designer proposed punctuating the home with doors and moldings painted a contrasting black. But the homeowners enthusiastically okayed this bold and on-trend addition to the colour scheme.

They were also onboard with luxe finishing touches such as brushed gold lighting fixtures and statement wall treatments. Most rooms have at least one wall adorned with graphic-print wallpaper. For instance, a wall that spans both the living and dining rooms is papered with a fine cream-and-gold pattern that resembles abstract tilework. The approach was repeated in the downstairs powder room and in the daughter’s room.

A problem arose when it was discovered that the builder had installed red oak, a hardwood with a natural colour that jarred against the pale floors, on the main staircase leading to the second floor. The designer’s solution: stain the stair treads black, then paint the risers white, then add unique custom-crafted spindles, also black. “It added some drama, the big wow the front entrance needed,” she says.

A formal living room lies off the front entrance, with the dining room beyond; a half wall separates it from the kitchen and family room beyond. It was added to accommodate more storage and create an L-shaped food preparation area. Shaker-style cabinetry flanks the kitchen’s centre island and counter stools. Slabs of marble-look quartz form the backsplash, which creates a visual flow into the family room, the area of the home in which the family spends 80 per cent of their time together.

Because storage is so important for the homeowners, Whelan and her team designed an additional stunning bank of custom floor-to-ceiling cabinetry along the wall facing the kitchen. White Shaker-style cabinets extend into the living room, flanking the fireplace over which the TV hangs, and then on to the windows overlooking the back garden. A breakfast nook complete with inset upholstered banquette was carved from the area facing the kitchen.

Every room has at least one live plant. The precedent is set at the front door, adjacent which stands a stately fig tree. “I put plants everywhere in all my projects,” says Whelan. “They add a lot of warmth. I feel every room needs some greenery in it; it softens and adds a natural element.  To me, a room doesn’t feel finished without it.”

After living in the home for two years, the couple still field compliments on its interior design. They never tire of hearing how perfectly everything fits, both in size and style. Especially noticed are the sofas and dining table, all designed by Whelan and her team, then custom made.

And the family’s enjoyment of their home doesn’t get old, either. “With our designer’s help, it took on a life of its own and ended up being something very different than we could have imagined,” says Simon. “It really is our forever home, and I love it even more with every day that we live there.” •