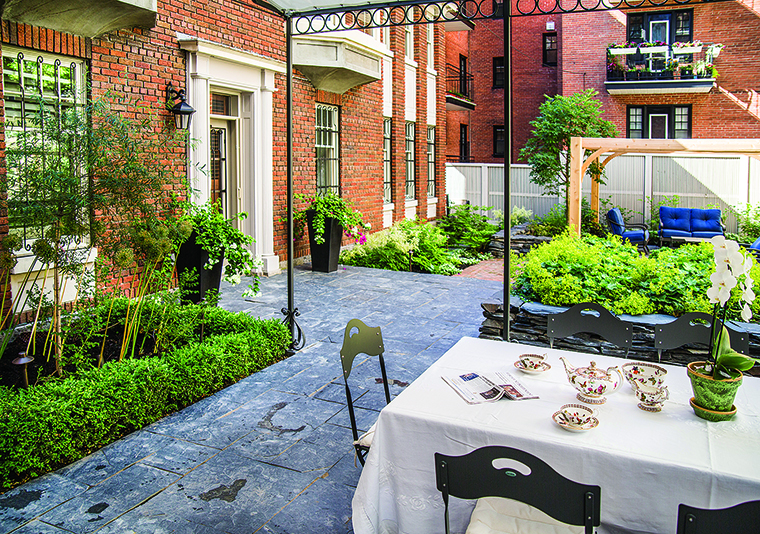 FROM BRUTAL TO BEAUTIFUL 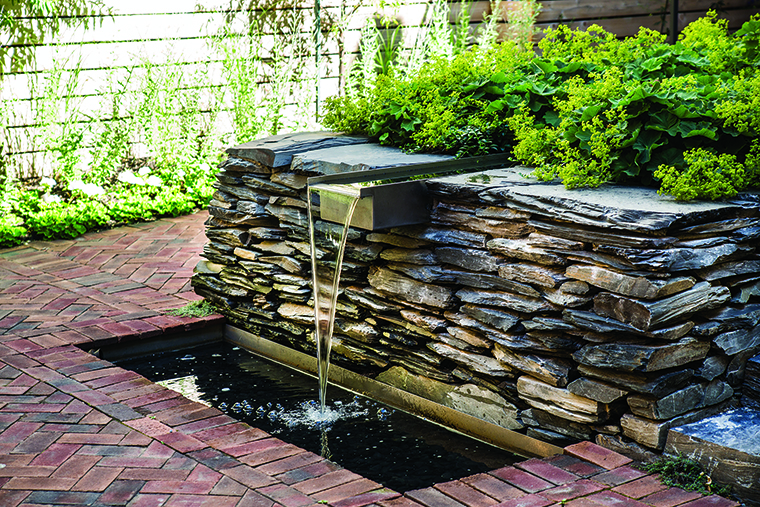 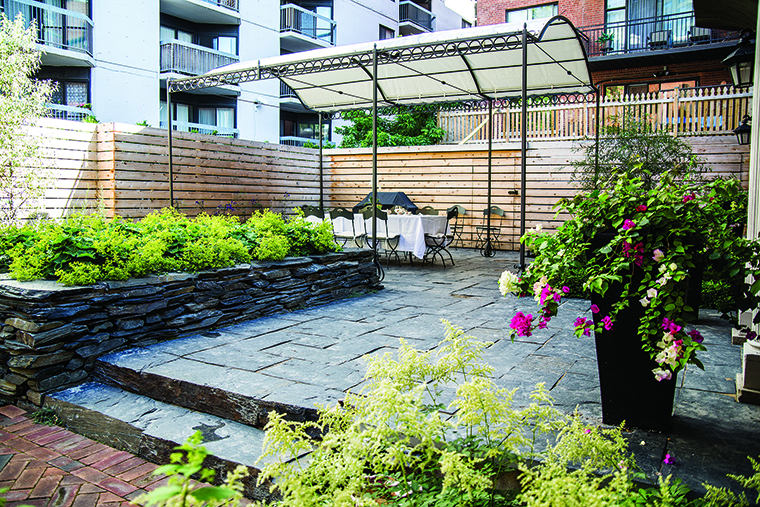 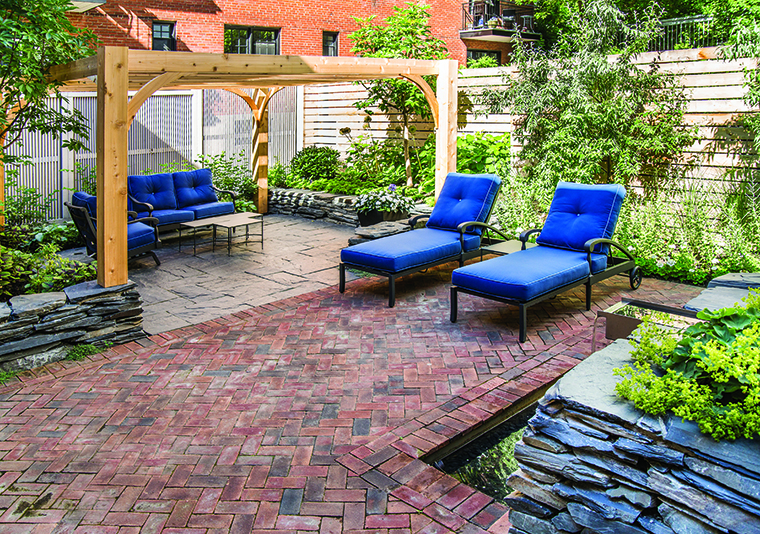 FROM BRUTAL TO BEAUTIFUL
Prizewinning garden flourishes in an urban canyon

Brutal. It’s not a word one often associates with a backyard, but landscape architect Myke Hodgins had hit upon the mot juste in this case. At the rear of a neo-Georgian house in Montreal’s Golden Square Mile, the yard is in a little urban canyon, surrounded on three sides by multi-storey apartment buildings. Both aesthetics and privacy would be important considerations in its transformation from a bland patch of grass and concrete to the elegant space it is today.
“We wanted something very quiet, no colours except for whites, greys, blues,” says one of the homeowners. “Shade and privacy are important, and my husband likes the sound of falling water.”
The homeowners had worked with Hodgins & Associés before. Armed with a sense of who the homeowners are, their wish list and photos of things they liked in magazines, the company devised a plan to turn the backyard from brutal to beautiful. It succeeded; the designers won first prize for the 2013 Le tour de la maison, sponsored by l’Association des Paysagistes Professionnels du Québec.
In a sense, the backyard begins in the front yard. A short flight of steps leads from street level through an arch-surmounted wrought-iron gate to a small courtyard with slate pavers interspersed with moss and lysimachia nummularia (creeping jenny). Ahead are the steps to the home’s front entrance, but to the left the pavers lead farther up through a narrow passageway between buildings.
“We wanted this front garden to be unpretentious and fun,” says landscape architect Danie Savoie, who led the project. “We played with texture in our choices of plants and in the spaces between pavers, so it looks a bit like a chess board. It’s more dense and formal leading from the street to the front steps, but the squares become stepping stones as you walk farther into the front garden and towards the side stairs.”
Follow that enticing path up the side stairs to enter the backyard, which stretches to the right across the rear of the house and features three distinctive “rooms.”
The sitting area’s main feature is a cedar pergola, which is slowly being covered by wisteria.
A large rectangle paved in brick, laid in a 45-degree herringbone pattern distinguishes the central room. “It’s not common in Montreal to have pattern and brick on a terrace,” says Savoie. “Here it creates a carpet separating two spaces.”
Much of this area is occupied by a raised planting bed, down the centre of which a rill burbles along, spilling water into a pebble-lined sunken basin.
The third space is given to dining and also features a pergola. “We didn’t want the pergolas to be the same in the sitting and dining spaces, so we chose a solid cover for the dining space,” says Savoie. “The structure has thin posts that seem to disappear, and the white canvas cover keeps everyone dry and private.”
“Everything turned out much more beautiful than I had hoped,” the homeowner says. “I am beyond thrilled.”