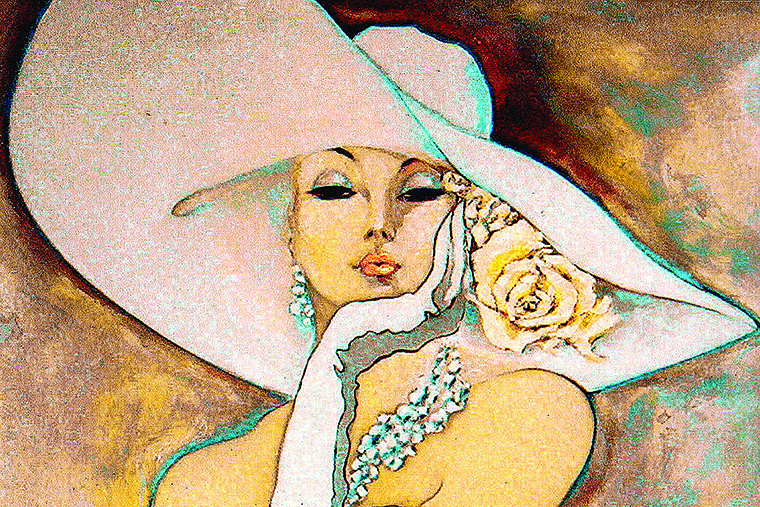 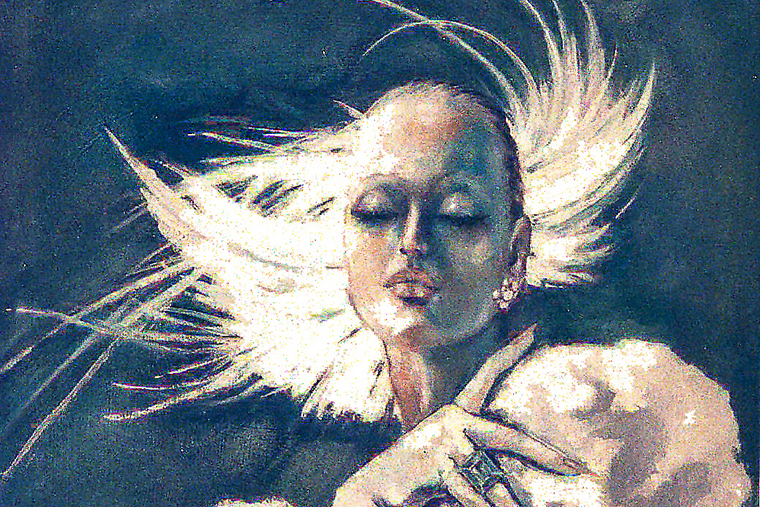 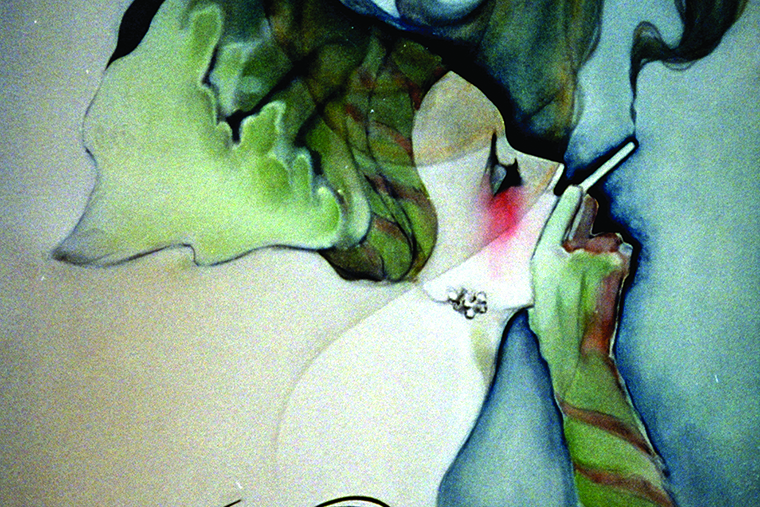 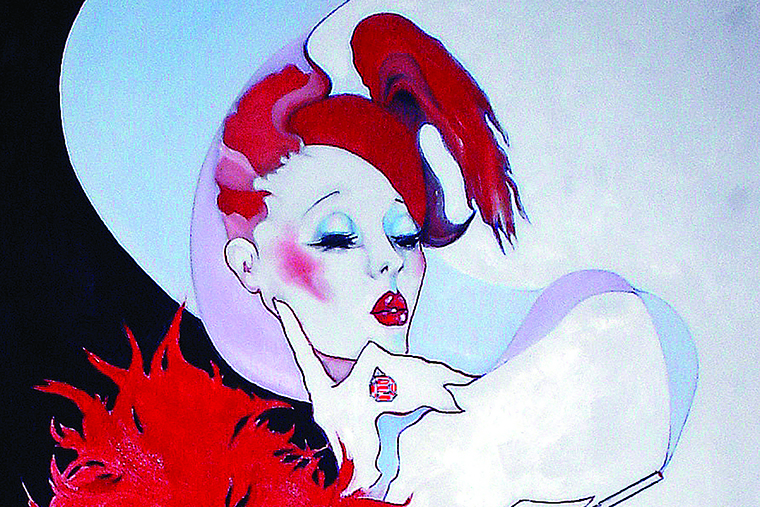 Glamour and sophistication are in when it comes to interior decor, and there are always those who appreciate some retro charm. These qualities define the work of Frederick Watson, who has enjoyed a career that has spanned close to five decades, first as a fashion illustrator, then a fine artist. “I’ve always loved the glamour of the Gatsby era, and of films from the 1930s and ’40s,” says the artist from his Toronto home. “The furs, the hats, the veils, the mystique — I love it all.”
Watson’s own bio reads not unlike an Old Hollywood script: When not riding bareback across fields, a southern Ontario farm boy avidly watches old movies on TV and sketches elegant women in his notebooks. Moves to Toronto at age 20 to join a tap dance troupe and acting company. One day in 1957, while working as a coat-room clerk at Simpson’s department store, a flamboyantly chic lady, one of the many he admires, leaves behind a portfolio. She is legendary fashion illustrator Jean Miller, who quickly becomes his mentor. A new career as fashion illustrator begins, changing his life forever.
Fashion illustration was a hot commodity until the 1980s. “But our work was disposable,” Watson says. “People would throw away newspapers and the companies did not archive illustrators’ work.” He made forays eight times a year to New York City to observe glamorous ladies. His credentials earned him a seat at couture fashion shows where he cut a stylish figure himself. Today, at age 80, the artist still aims for an appearance that is “dapper but not a dandy.”
Watson began oil painting on canvas 20 years ago as a sideline and it is now his primary focus. Although he occasionally paints portraits, most of his works depict composite women.
Eminent fashion journalist Jeanne Beker has known Watson for almost two decades. Over the years they’ve collaborated at fashion events and she owns several of his works. She was first attracted by the sense of history and fashion illustration aspect, a lost art now making a comeback. “He has turned it into a fine art through these glorious canvases,” Beker says.
Her favourite Watson painting, one that has a place of prominence in her home, is a very early work from the 1950s. Its subject is a high-fashion woman at an art gallery, seen from the back with a white fur wrap draped across her shoulders.
Watson’s works have also appeared in several major shows in Toronto and New York over the years. He’s currently busy selecting works to appear in an upcoming show at Gallery Thirty Six on Avenue Rd. There is an inventory of 150 large-scale paintings on canvas, the smallest of which measures 30 inches square, and a large selection of limited- edition prints to sift through.

It has been two and a half months since the start of the COVID-19 lockdown. Although I’m enjoying the funny...

Street Art – A Message of Love

Street art is often used to provoke a discussion or an emotion. It can depict violence. However, in recent days,...