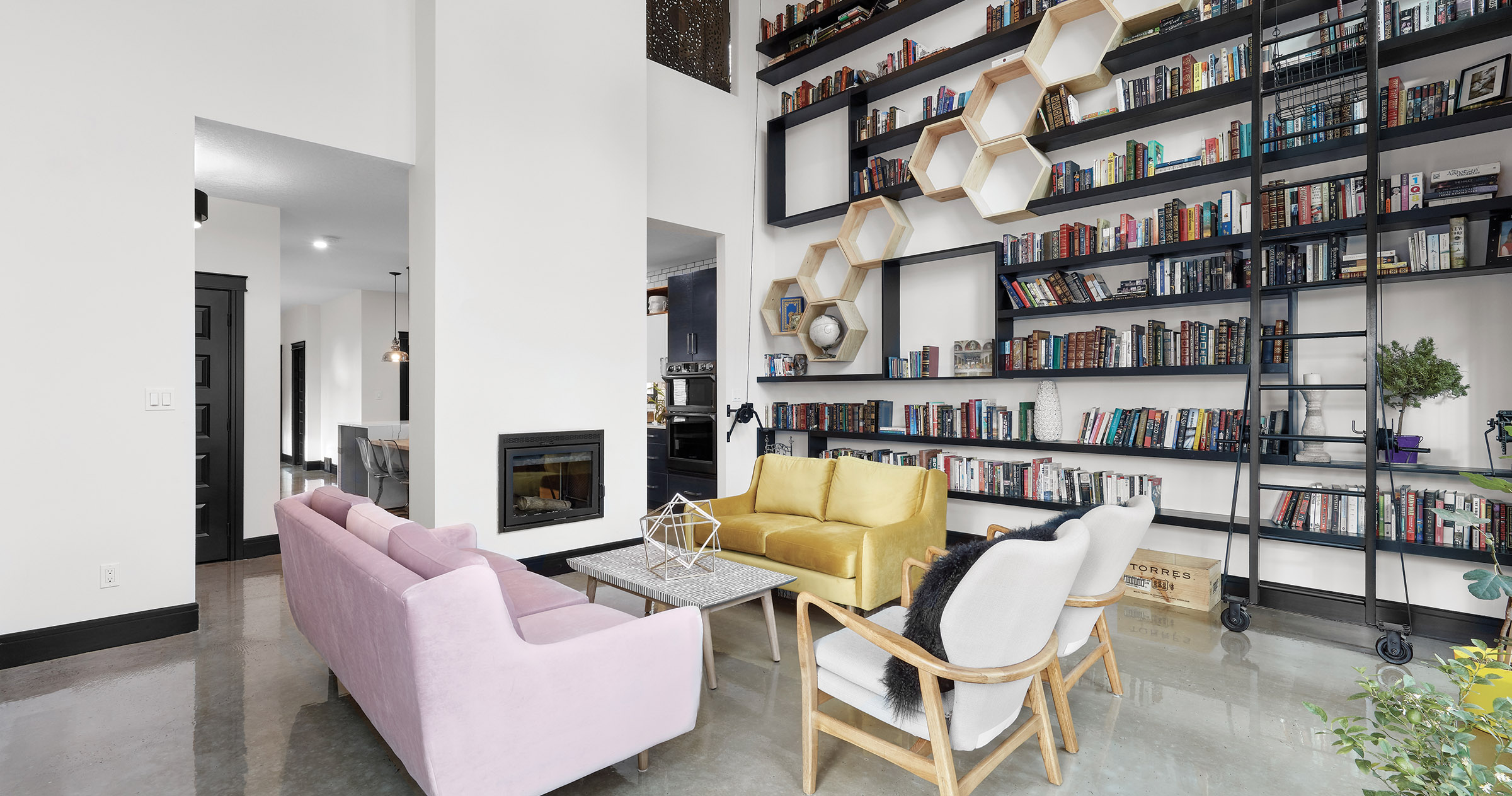 A net-zero home in Edmonton is built to be highly energy-efficient and aesthetic, too

Lindsay Brommeland and her husband, Todd Homan, describe themselves as modern-day hippies: they are vegetarians, urban beekeepers and have a focus on edible landscaping around their new home in downtown Edmonton. So it was only natural that, when they decided to build their new home, they wanted a net zero (or carbon-neutral) house that would meet their goals for sustainability.

“There was nothing we wanted to do more than contribute to an environmentally friendly way of building and living,” says Lindsay. “This was something that was very important to us.”

Of equal importance to the couple was that the home should have a contemporary and cool vibe: “I would call it modern glam,” says Lindsay. “I didn’t want it to be cold, but I wanted it to be clean.”

Lindsay devised the layout and design of the home, but the couple hired Koen de Waal of De Waal Developments Ltd. as the builder because he specializes in creating net zero homes.

It’s a niche area he developed after trying to build an energy-efficient home for himself in Edmonton several years ago. There were no builders willing to do it in his price range. A civil engineer by profession, de Waal decided he could use his expertise to do it himself, and in a more affordable way. Four years later, he left his engineering job to build homes full-time.

The striking two-storey-high bookcase in the living room fulfilled a lifelong dream of Lindsay’s. She wanted a bookcase with a sliding ladder; the honeycomb motif that overlays it was her daughter’s idea as a reference to her parents’ beekeeping hobby.

That is not the only personal touch Lindsay was able to work into the home. The wallpaper used in the TV room resembles a jukebox, and she was able to incorporate the couple’s favourite rock songs onto it.

And the custom floating staircase, constructed of ash wood, incorporates pipes that were specially welded to create its spine – a unique feature that references Todd’s career in the oil and gas industry.

Although not a designer by occupation, Lindsay relied on her life experience to create the home of her dreams. Her former house, built in 1912, was dusty and lacked cupboard space as well as a spacious kitchen. Her displeasure with some of those features fueled many of her design decisions regarding the new home.

“This is my passion project,” she says. “I wanted to create the perfect flow and I think I have.” She also worked with de Waal to develop a perfect net-zero home, and they have succeeded on that level as well.

The house he built for the couple relies on no natural gas or oil. Instead, it has air-source heat pumps that move heat from one place to another and provide all the heating and hot water for the house. Even in minus-20 Celsius temperatures – in fact, in anything that is above absolute zero, which is minus-273 degrees Celsius – the system can take whatever heat is there and use it to heat the air and water. “There is no combustion of any natural gas or oil,” explains de Waal. “There’s just a little compressor which takes heat from one place and moves it to another with the help of electricity.”

It relies on a complex calculation, he says, but the system is two times more efficient than most available heating systems. And it can save homeowners about $1,000 a month. An added bonus is that it also cools the home in summer. All of that at a cost of only about $5,000 to $8,000 more than a regular furnace.

One of the things the system depends on is the home’s air-tightness. “The leakier a home is, the more heating you need to stay comfortable,” says de Waal. Newer homes are typically five times more air-tight than older homes, he says.

The home used almost twice as much insulation in the walls and attic and under the concrete floor as a typical house. This ensures that less air escapes. It also means that the concrete floors – something that might seem cold for the Edmonton climate – stay warm without requiring heating. “The floors are always warm – warmer than my wood floors,” says Lindsay.

The concrete acts as a thermal sink which absorbs any heat in the home and slowly releases it overnight, says de Waal.

“It’s almost like a solar panel that helps regulate the temperature in the home,” he says.

Other features of this very green home include triple-paned windows to retain more heat, and solar panels on the roof which produce all of the electricity to operate the home. The homeowners also invested in heat-recovery ventilation, which brings fresh air into the interiors and expels stale air.

From his point of view, de Waal was pleased the clients had as much interest in design as in sustainability. “If a house doesn’t look good, nobody wants to buy it no matter how green it is,” he says. “This home sets a very high efficiency standard. This is the future of homes. It’s just a matter of time.” •