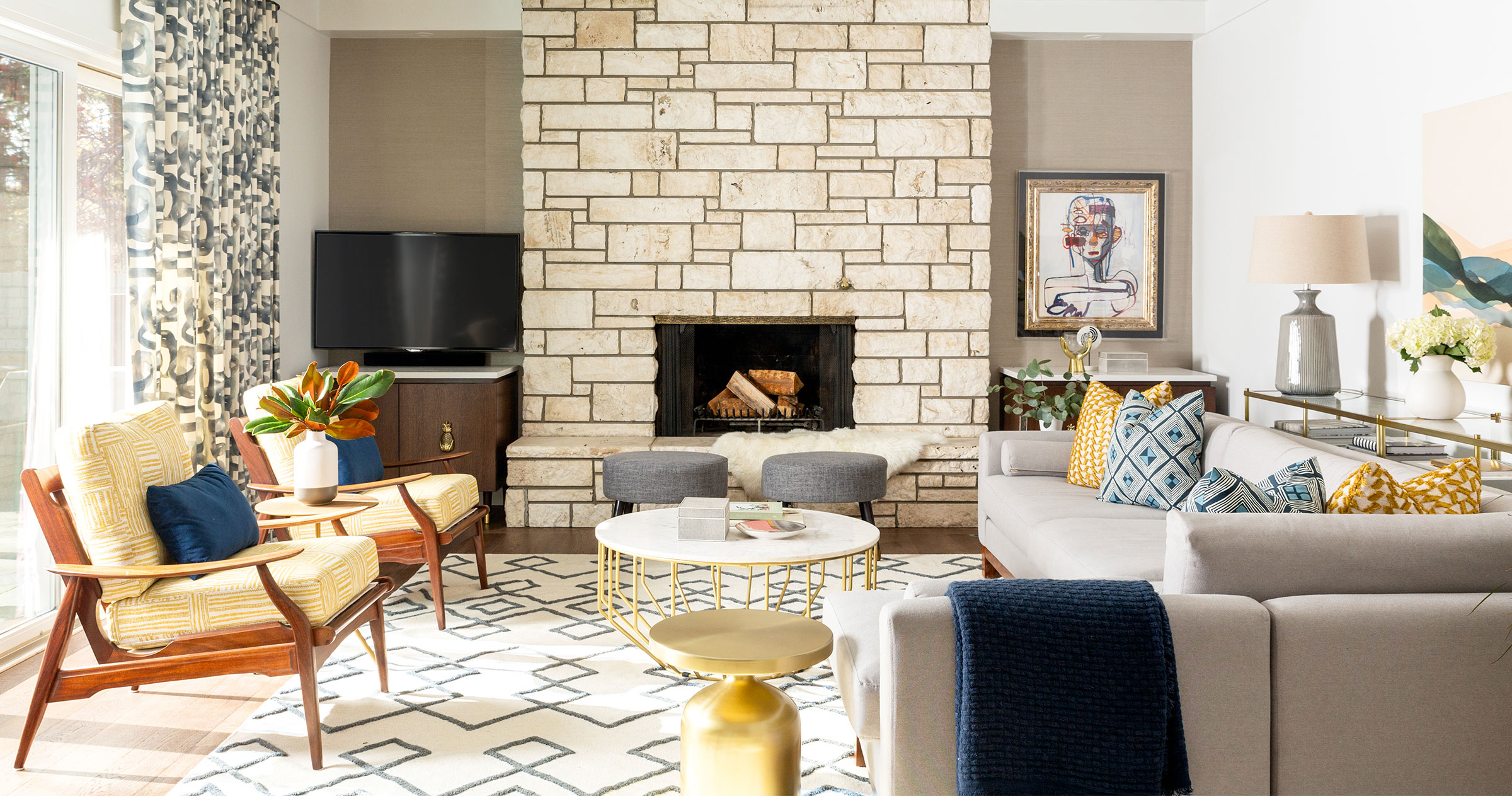 Jody McGinn and her husband Troy knew that when it came time to renovate, they would want a new eat-in kitchen, more storage, a new home office and a large, functional mudroom that would look tidy, even with all of the family’s comings and goings, including those of two tweens and a dog. But at the same time, the Calgary couple knew that they didn’t want their two-storey house, circa 1967, to lose its mid-century charm in the process. If anything, they wanted to see that Mid-century Modern style ramped up.

Their 3,400-square-foot, five-bedroom home is located in Calgary’s southwest Lakeview Village neighbourhood. When the couple first saw the property in 2013, the year they bought, they were immediately attracted to how the home connected them to simpler days and happy memories, made at mid-century homes belonging to their grandparents.

A bachelor had been living in the house and very little had been changed. The kitchen still had its original linoleum flooring and Arborite counters. There was even a blender/knife sharpener built into the kitchen counter and a vintage home intercom system, recalls Jody. All of it would eventually have to go, she remembers thinking, but the features vouched for the era.

When it came time to renovate in 2018, the couple sought out Alykhan Velji of Alykhan Velji Designs, the eponymously named Calgary design firm. Velji is also a fan of Mid-century Modern design; in fact, he incorporates the style into many of his residential and commercial projects.

In explaining what needed to be done, Velji prefaced his remarks by underscoring how certain structural issues needed to be addressed. The house lacked storage. The entrance from the garage into the house was too small. There was no mudroom or main-floor laundry room. It was difficult to see how to accommodate a home office to be shared by both daughters.

Velji gutted the entrance from the garage into the house and installed a combined mudroom/laundry room. To create the extra space needed to do that, a wall of a room, located immediately adjacent, was moved farther back. With the custom millwork and lockers, Jody says, she couldn’t be happier with the new dual-purpose room: “There’s no chaos, backpacks or swim bags,” she says.

The new home office, although reduced in size, was redesigned with custom millwork for more space efficiencies. With new storage cabinets, shelving and floating desks, there is a place for everything and surface space for both daughters to do homework at the same time, and for mom to take care of her own business, too.

Another change involved the new kitchen and adjoining family room, or as it is known in the house, “Mom’s room.” The opening in the wall between the two rooms was moved over. With the newly positioned opening, the sight lines were improved; the fireplace is now visible from the kitchen.

The new floor plan also created space for a custom-built leather banquette. Here, the family can dine facing one another instead of lined up on stools at an island.

The handsome blonde-stone fireplace in the family room was retained. But the shallow shelving on each side of the hearth was removed to create a cleaner look, says Velji. The yellows and blues used in the kitchen were carried over into that room.

In the more formal living room, the fireplace was reworked. The new hearth is marble, and the surrounding wall is covered with a custom architectural screen made of walnut slats. The new feature gives the room a focal point and a decidedly mid-century feel. The same dark-wood screening wraps around the wall from the fireplace and connects to the adjacent dining room. A chandelier original to the house continues to overhang the table and warms the space.