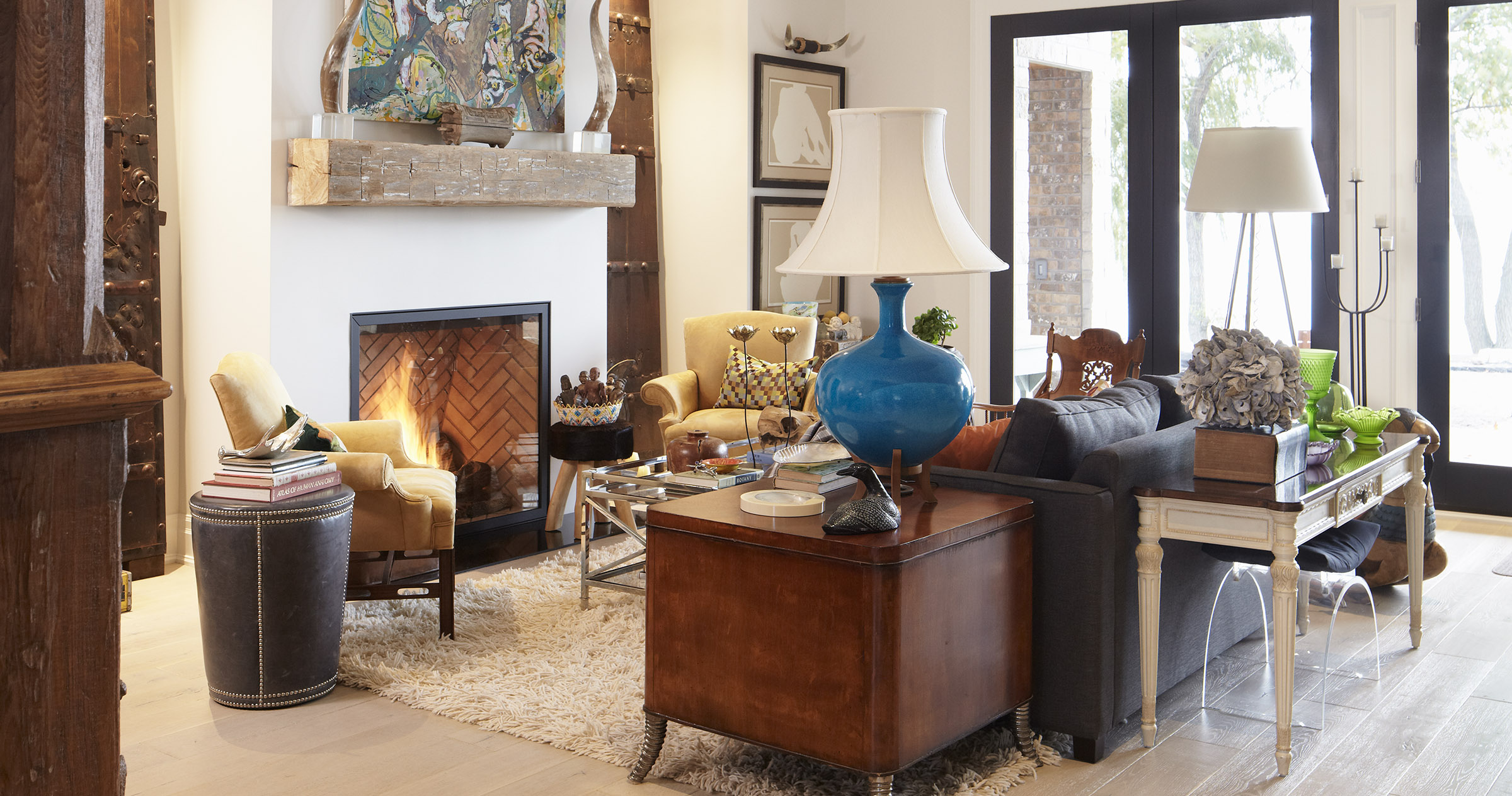 A couple creates a delightfully eclectic decor from their global peregrinations

If you subscribe to the notion that a home is a reflection of the people who live in it, designer Anne Marie Wolochatiuk of AMW Design Intervention would like to challenge you to broaden that view. She believes a home should do more. It ought also to tell a story. More specifically, it should tell your story.

So what does that look like? Well, that all depends on your tale, of course. Everyone’s story is unique. If you would like to hear hers, just knock on the door of her home in St. Catharines. As soon as you walk into this modern 3,600-square-foot bungalow, the narrative begins to unfold. “This house is sort of like a scrapbook of everywhere we’ve been,” Anne Marie says. And she and her husband, Rick Wolochatiuk, have been a few places. Point to an item in their house – and there are plenty to choose from – and Anne Marie will tell you about its origin, how she acquired it and how it has come to be part of her story.

Take the impressive hand-carved wooden columns in the great room. You can’t miss these floor-to-ceiling pillars with stone bases, turned upper sections and ornate detailing. “They are originally from India,” Anne Marie says. But she bought them from the owner of a framing shop in Seoul, South Korea, while she and her husband were living in Asia. No one, including her contractor who built the house, has been able to identify what type of wood they are made of.

She continues the story about the shop owner in Seoul and how they became friends. When the couple returned to North America, Anne Marie had the columns shipped back. They were kept in storage until her contractor installed them in her new house. “There are definitely things from all over the world here,” she says. “They were someone’s story and now they are part of my story.”

Anne Marie, who is both a designer and certified home stager, has visited 45 countries; Rick has travelled to about 70. They have lived in Seoul, Singapore, Florida, Chicago and Texas before returning to their native Ontario.

The columns are not the only striking elements in the room. The frame around the doorway from the front foyer is also originally from India. It was once painted; flecks of bright red are still visible in its crevices. The statue next to it is from Thailand; it was bought in Singapore.

She also has incorporated a little home-grown history into her house. When Anne Marie and Rick bought the property, an old house that dated back to the early 1800s stood on the lot. The couple had considered renovating the structure but abandoned the idea when they discovered how much work would be needed to update it. They tore it down in August 2013 and immediately began construction of their new home. But before demolition began, Anne Marie salvaged many of the baseboards, moldings, cabinets and hardware. These items are incorporated throughout the new house.

She calls the overall look “definitely eclectic.” That was what she intended.

From the artwork and carved wood boxes to the sculptures, light fixtures and various styles of chairs around the dining room table, every corner has something unique that catches the eye and is linked to the couple’s adventures. “I really like the juxtaposition of the modern and vintage. It creates a little bit of tension. And tension is much more interesting,” Anne Marie says. “I think it is a pulled-together look.” However, she admits that she is not sure what pulls it together.

“Did I worry about everything being cohesive? Sure,” she says. “It worked out better than I had imagined. I didn’t stress out about it.”

The look has evolved over time. In fact, it continues to change. She is always on the hunt for an original item, a vintage-shop treasure. “Good design doesn’t need to be expensive,” she says. “Your house evolves, just like your closet and your wardrobe.”

She says the look gets a bit of a mixed reaction. “Some people are wowed by how much dusting would be involved. Others are wowed by how everything is so different, but it works,” she says. “It’s a labour of love.”

This is the home they now hope to stay in for awhile, Anne Marie says. “I would like to stay here as long as we can take care of it.” •

It Started Out Small