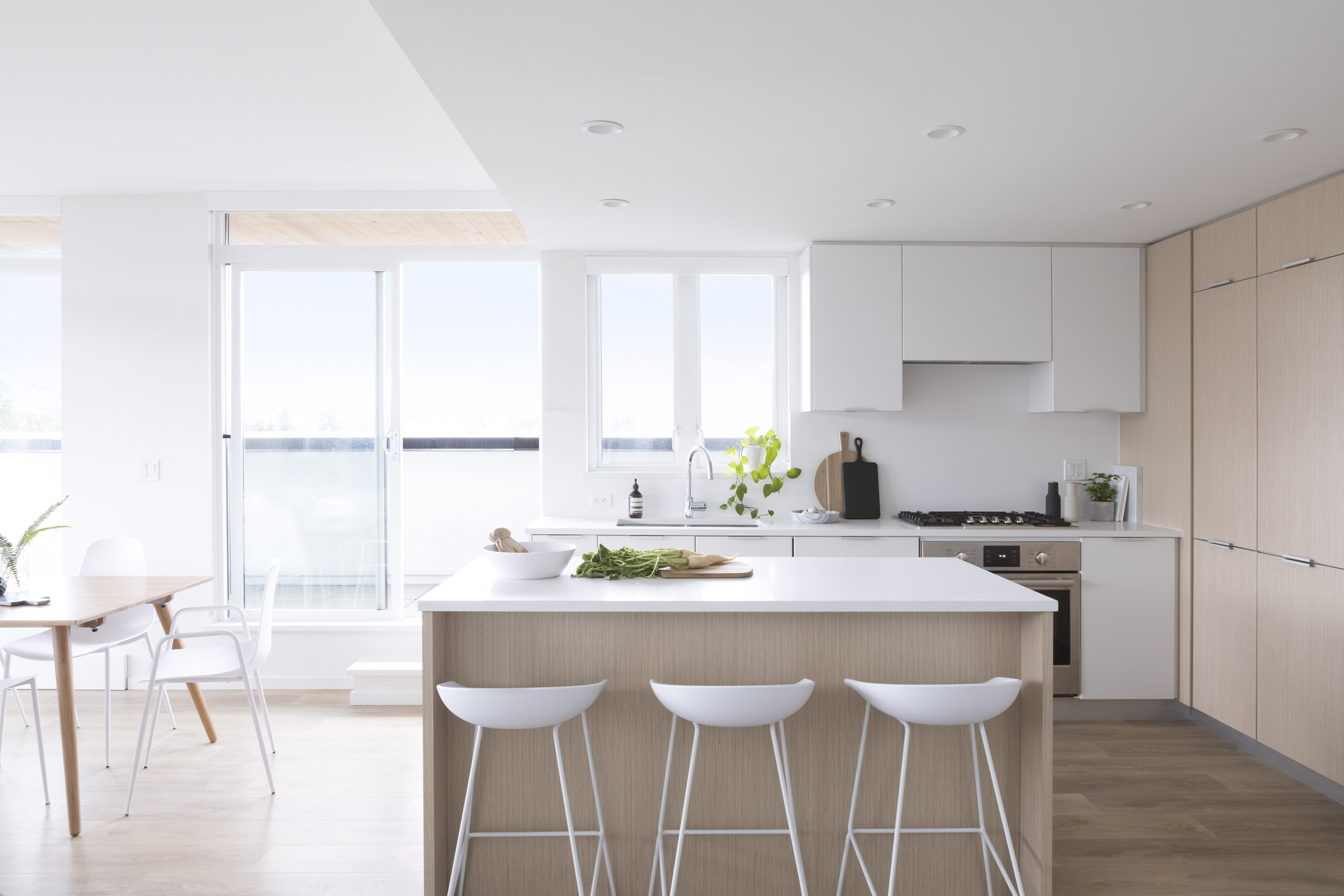 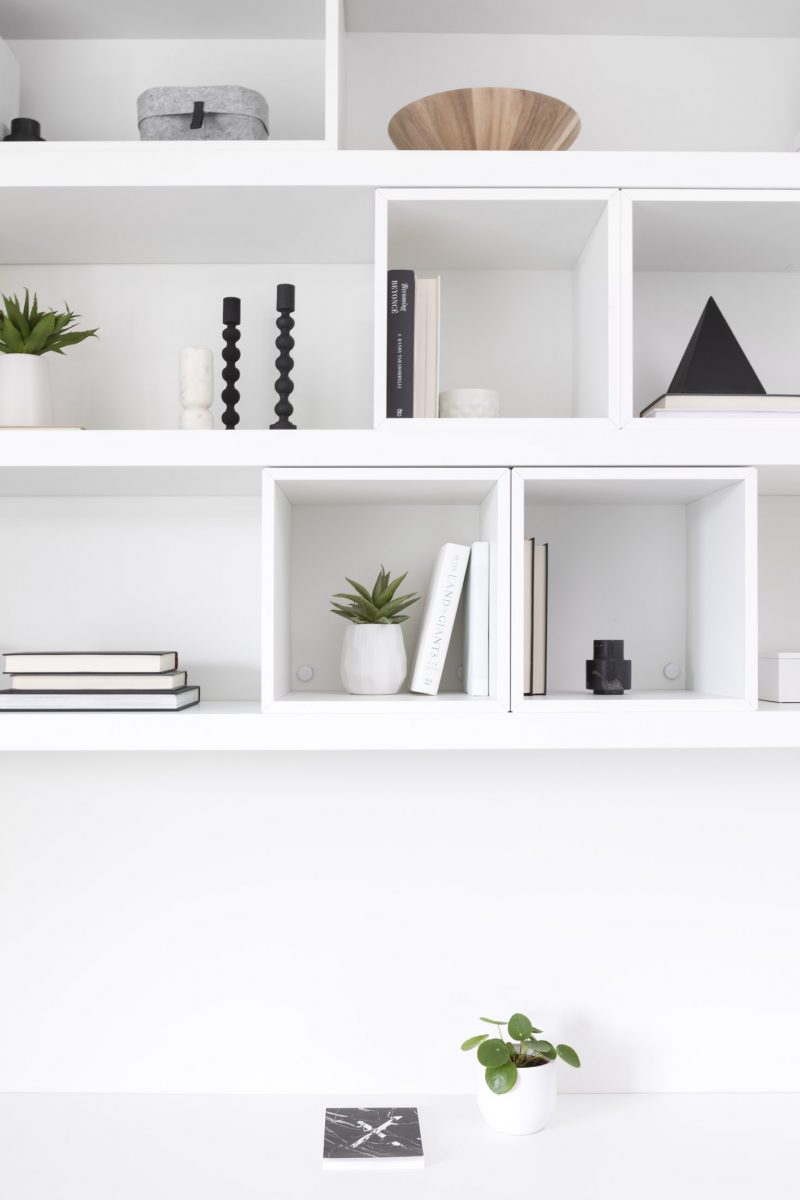 When designer Jamie Deck got her instructions from a young couple who were decorating their new penthouse condo in a trendy area of Vancouver, there were two main conditions: Keep it on budget and make it white.

Well, it is white. “They love modern design and wanted a bright, organic, modern home,” Deck says of the couple, Melanie and Chris Adkins. 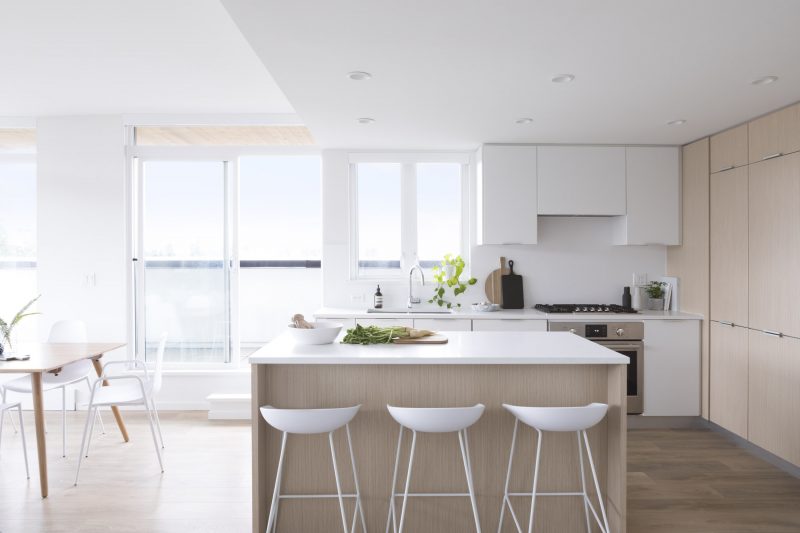 As for the budget, Deck, owner of Shift Interiors, says they worked on a high-low premise, going for some custom items but reining in costs by also using inexpensive Ikea pieces that fit the condo’s modern decor.

“The budget was the challenge to get the look they wanted,” Deck says. She offset the cost of some premium items, such as the stylish Bensen sofa, with some inexpensive ones, including the Ikea console that sits beneath the TV in the living room and offers great liquor and wine storage as well as a bar that opens up when the homeowners entertain. Next to that console is a custom light-oak cabinet. And that sits next to the inexpensive but trendy dining room chairs from Article. 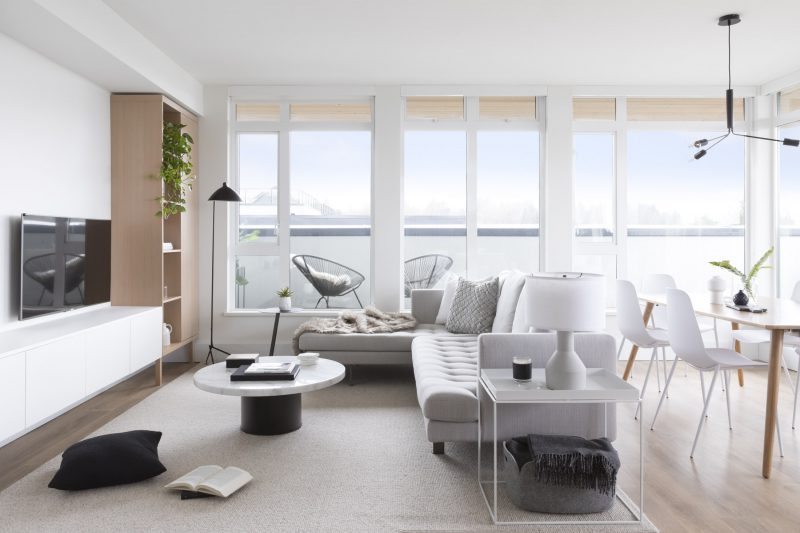 When intermingling such items, Deck says, it’s difficult to tell the high-end pieces from the low-end ones. It all just looks great. She has mastered this technique so flawlessly that in some instances the custom pieces blend so perfectly with the lower-end items that they create a whole new entity. That seems to be the case in the condo’s office, where Deck used custom-made floating shelves interspersed with boxes from Ikea to create a unique wall storage space.

“The open-concept shelves add layers of texture,” she says. “Having that architectural element on the wall is quite beautiful and creates a really timeless look.”

That, she says, is exactly what her design firm wants to achieve for clients: a clean, timeless, long-term design. “Where are you going with your life?” is the question she wants her clients’ homes to answer. 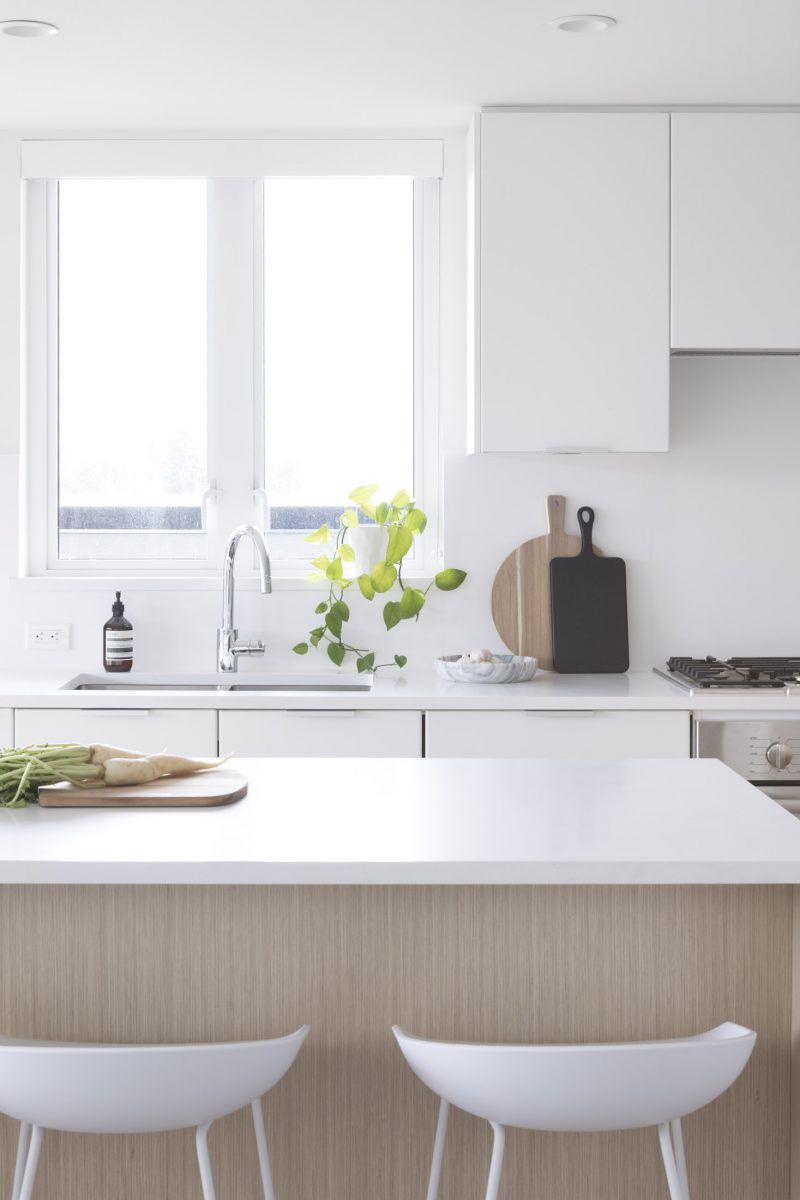 Despite the couple’s request for an all-white look, with a few black elements – which Deck encouraged them to include for some dramatic effect – she believes the outcome is surprisingly warm and inviting. “It’s contemporary-modern but not cold-modern,” she says. The designer can take credit for part of that, including the decision to use Benjamin Moore’s Oxford White paint, which creates a warm white, and for integrating texture and richness from the wood floors and accents. But part of the warmth comes from the panoramic views; wraparound windows and a balcony on the 1,263-foot corner penthouse condo brings the outdoors inside. The condo faces northwest and has sweeping views of the mountains and all the way from Burnaby to Queen Elizabeth Park, with parts of downtown. 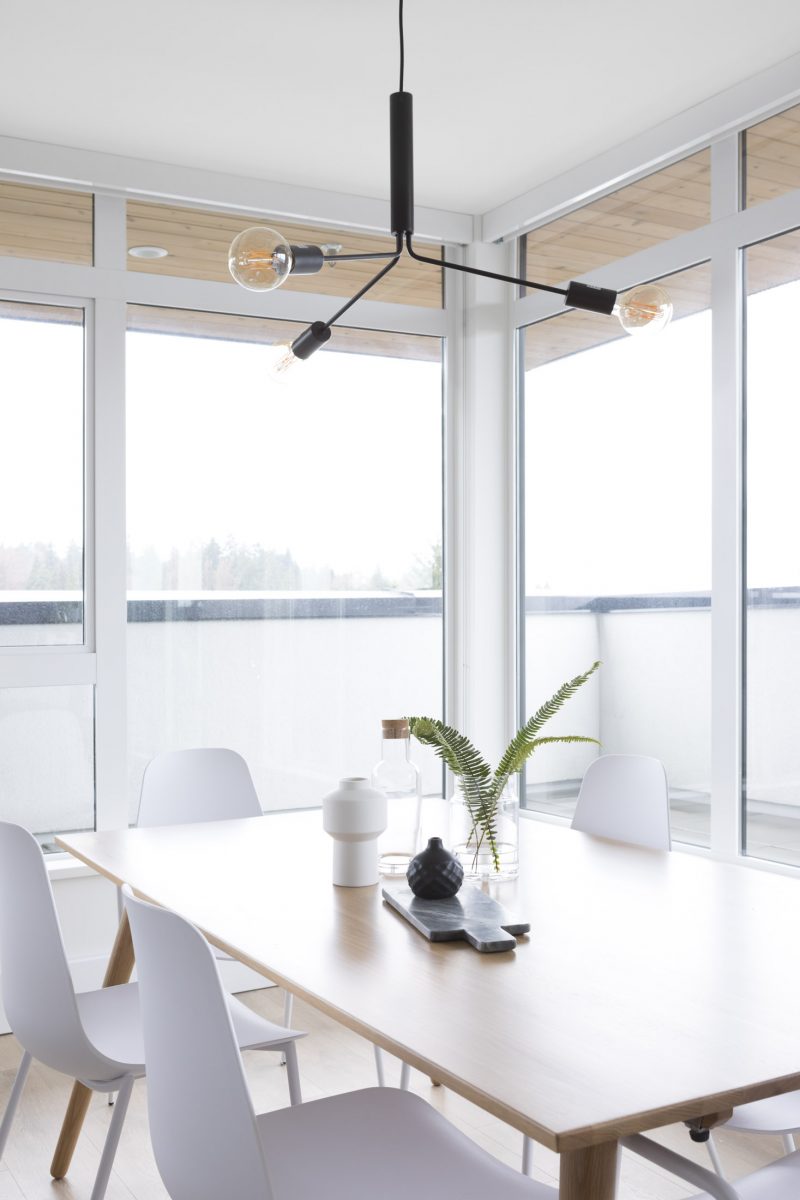 “It’s a modern space but around it is organic, there’s greenery and mountains that bring in colour and warmth,” Deck says.

And let’s not forget that this is Vancouver, where the weather can best be described as grey. The pervasive white, the wall-to-wall windows and the skylight all work to make the home bright and warm even on those dull, overcast days.

Another challenge Deck faced with the project was creating ample storage space.  Some cabinetry helped, but she also chose a bed from CF Interiors and customized it to create storage. It lifts from one end to store winter clothing.

A staircase in the condo leading to a private rooftop patio provided an opportunity for custom storage underneath; it houses overflow kitchen appliances and dishes, shoes and books. “All of the storage that she created is a condo owner’s dream,” says homeowner Melanie Adkins.

She says Deck overcame all obstacles to provide her clients with the stunning, white contemporary home they wanted. “We are beyond thrilled with the home that Jamie created,” Melanie says. “She took all of the ideas that were in our heads and brought them to life. Her use of neutral tones really creates a calm space and allows for the beauty of the outdoors to come in.” •

From The Outside In