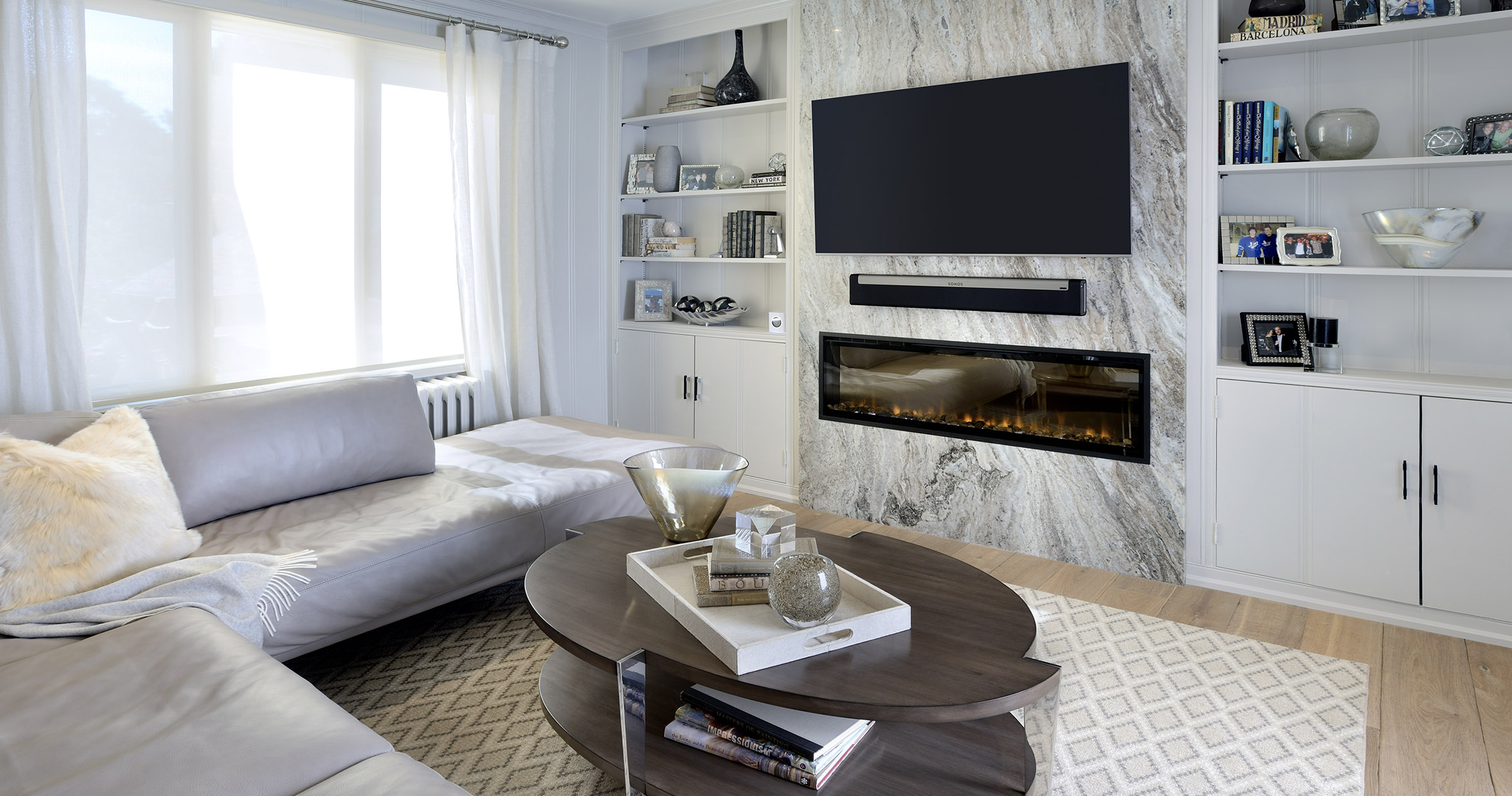 It’s true what they say: Everything old can be new again. But it doesn’t just happen on its own. Not with your interior space, anyhow.

When it comes to your home, if you do nothing, it just gets older. And it shows. But if you opt to modernize its look, your older house opens up to the world of “and,” where your options are not limited to “this” or “that,” but include both.

Yes, an old house can have the best of both worlds: accentuated charm and a fresh contemporary edge. And doing it in Toronto’s hot real estate market just makes sense. Have it all and then watch the value rise.

If you doubt it, just ask Alyce Drenth. She is a designer and owner of Creative Avenues, a design and contracting studio. She just completed the remodelling of a stately three-storey Forest Hill home that is about 100 years old. This residence went from dark and cramped to bright and brilliant. The worn look was ripped out and repurposed. For this house, there is now only one word: Wow.

“They were hesitant to entertain and now they love their new home,” Drenth says of the couple who have owned the home for the past 15 years.

“My goal was to essentially make the house beautifully comfortable for them for the next 10 to 15 years. I’m very proud of it.”

The owners had two “musts” on their list of requirements before the planning work began. They wanted a main-floor family room and a little bit of an edge, Drenth says. The rest was left to her to re-imagine.

The first thing that was done was a plan to reconfigure the space. Like many older homes, this one had small, enclosed rooms. Each had a door.

Drenth opened the small den into the kitchen, in which she ripped out an old narrow service staircase that went from the basement to the third floor. It was a century-old throwback to when servants lived in the house. Drenth also removed an old mudroom to create a spacious pantry. “I reconfigured the space to make it work better, to make it comfortable,” she explains.

She also opened the foyer and changed its floor, installing a platinum-coloured honed marble with high-gloss chocolate-brown square insets.

The second-storey space was reconfigured, too. Here, Drenth eliminated a bedroom next to the master ensuite to create an adjoining dressing area for the master bedroom. She enlarged the couple’s ensuite bathroom while updating its look and installing a curbless shower, clad with floor-to-ceiling porcelain tiles. The bathroom includes a quartz countertop along the vanity and a quartz bench within the shower.

In the other bathroom on the second floor, Drenth created a cheater ensuite that opens to both the room that is used by the couple’s son and the hallway. She removed the tub and installed a large steam shower.

When the structural changes were completed – with help from T&B Homes, she turned her attention to creating a little modernizing magic. The most dramatic cosmetic transformation involves the staircase. Dark wood-panelled walls that frame the stairs were painted soft grey, transforming the entire look of the space. The original handrail and stair treads where kept, while the spindles were painted a high-gloss grey. The effect, with the new floor in the foyer, is elegant and modern.

In the kitchen, the move toward adding a little edge gained momentum. Here, Drenth designed a unique cantilevered round table that is supported by the counter, which tapers to a point. She used a mix of textured materials, such as alder wood for a backsplash and the base of the island. A stainless-steel apron sink cuts into the quartz countertops. The floors are a wire-brushed northern wide-plank oak that is heavily distressed, while the backsplash behind the cooktop is a leathered quartzite, a natural stone with a textured grain. She designed the custom cabinetry, and the millwork was built by Cando Woodworking.

“There’s nothing typical,” Drenth says. “To make it really special you have to have these elements that are completely different.

“It’s a mixture of all the different finishes. That is what gives it character. It makes the island look like a found piece.”

A Cozy Contemporary Home Is Redefined