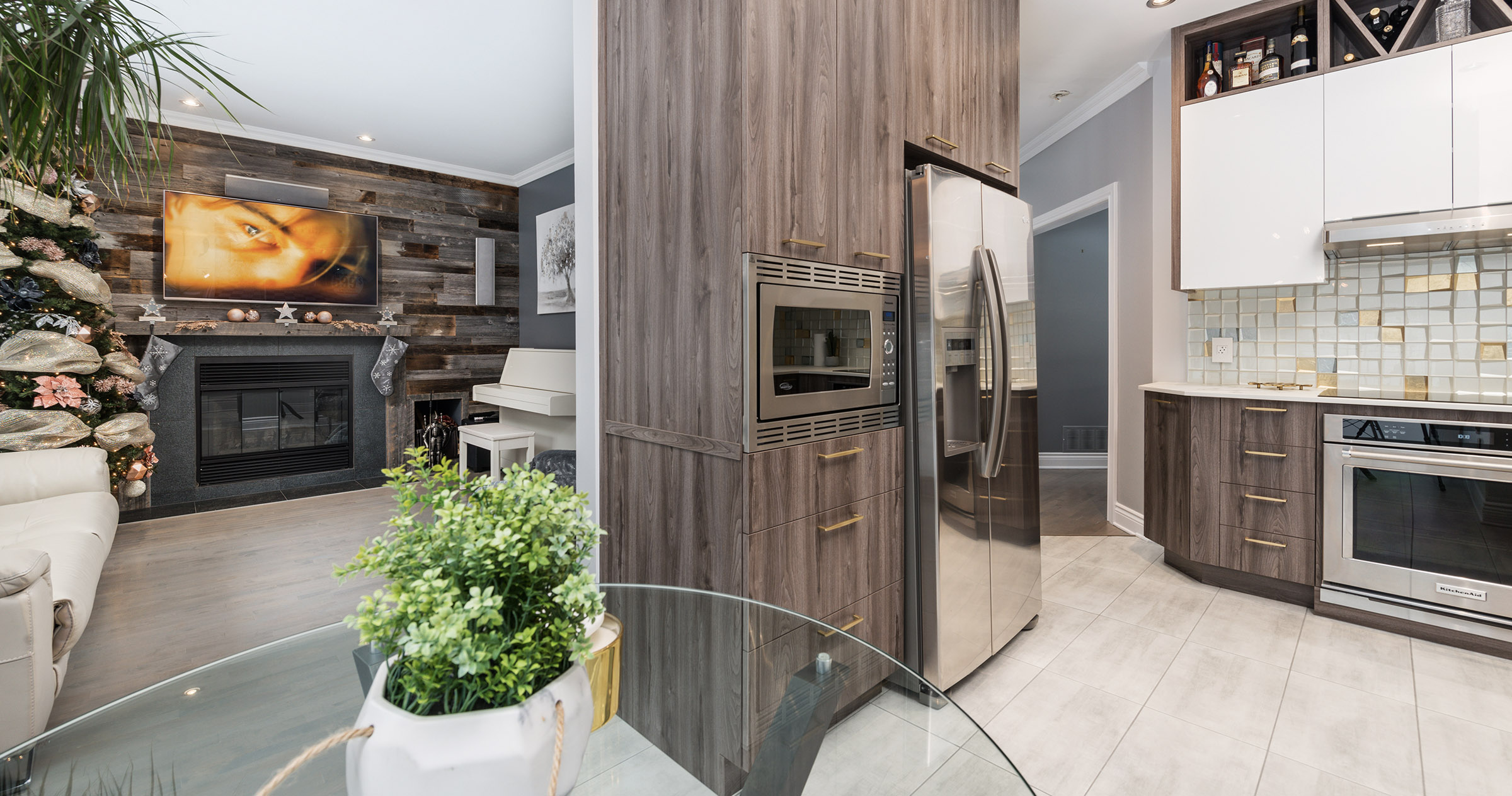 The Best Use of Space

A modest-sized kitchen is reconfigured to feel more spacious

A small house usually means a small kitchen. The owners of a compact three-bedroom cottage in Lorraine, northeast of Montreal, wanted to turn their 147-square-foot kitchen into something that felt more spacious and functional than what they had been living with since they bought the home in 2007.

To that end, designers at Centre Design Réalité, a one-stop kitchen and bathroom renovation centre in Laval, recommended that the couple, who are empty nesters easing into retirement, start by doing away with the existing kitchen peninsula that jutted out from the former cabinets. The problem with the peninsula was that it separated the long, narrow kitchen into two smaller separate spaces, neither of which worked very well. To give the 147 square feet a more open feel, the designers suggested the second entrance to the kitchen – a doorway, in effect – be opened from floor to ceiling. Doing so would provide enhanced sight lines to the dining room and front doorway.

“They didn’t want a totally open-concept space; they still wanted separation between the rooms,” says Magaly Archibald, a Centre Design Réalité designer. Reconfiguring the long, narrow space into more of a galley-style kitchen was a compromise that worked, especially with the new contemporary cabinetry in cherry wood and white Similacquer, durable Dekton countertops, and new 12-by-24-inch porcelain floor tiles. The new elements were in a neutral palette that was then accessorized with the addition of an eclectic mix of gold, silver, brass, stainless-steel and brushed-nickel in the plumbing and lighting fixtures, cabinet knobs and the Italian glass-mosaic backsplash.

“They were pretty happy in the end,” says Archibald. The woman in the couple was especially pleased with the glittering backsplash, and her husband was over the moon with the new custom-made wine rack and liquor display cabinets that were built right into the kitchen cabinets. •