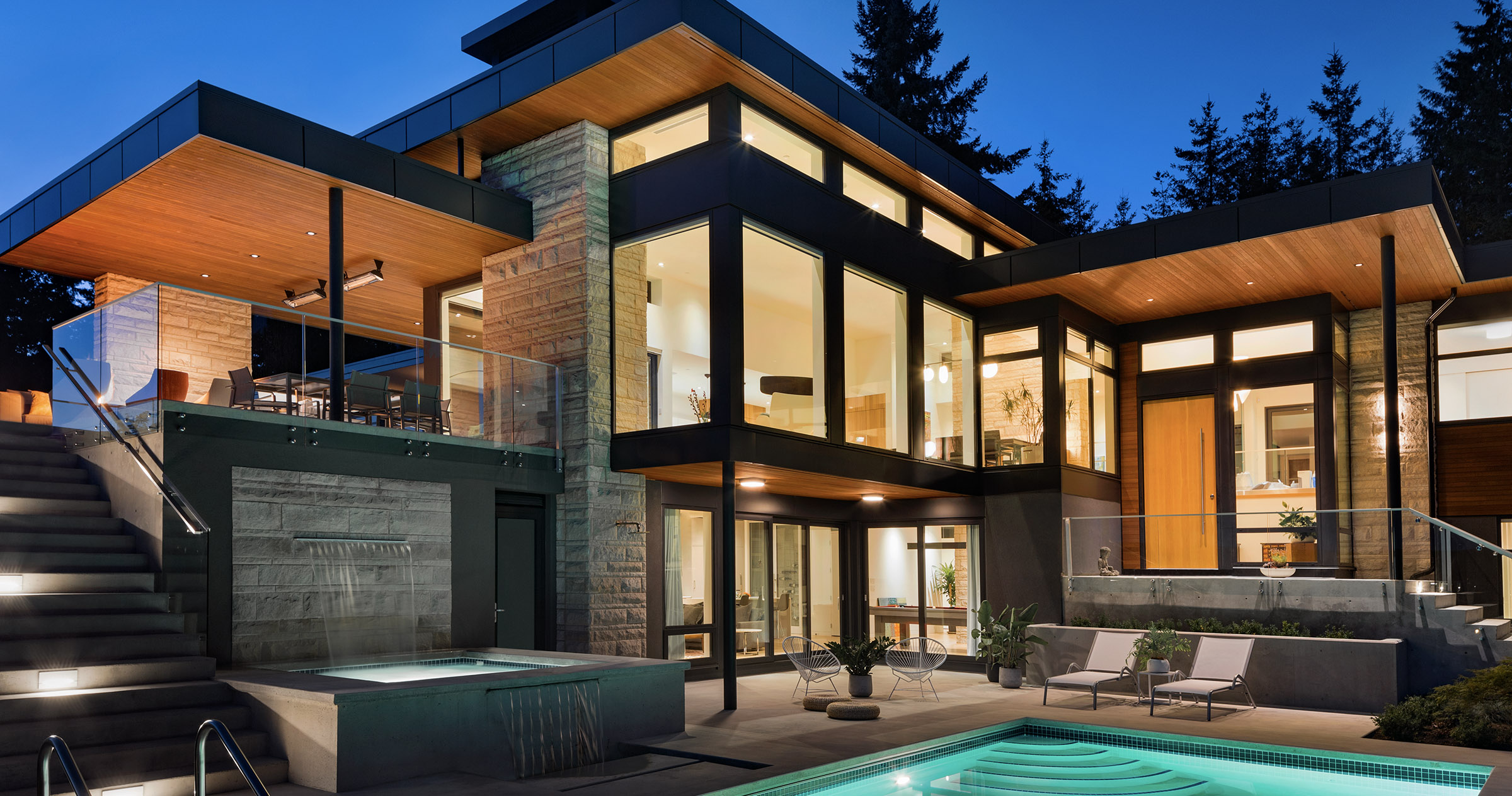 The Best Of Everything

Todd Best works closely with all his clients. He is a custom builder after all, and each of the projects that his company, Best Builders, takes on is a close collaboration.

But never have homeowner, builder and designers cooperated with as much synergy as they did on this West Vancouver house.

Best says it was impossible not to share the homeowner’s excitement over the 7,000-square-foot stone and wood house as it was going up.

The house had to be just so: a West Coast contemporary building with soaring ceilings, open living spaces and plenty of wood and stone. But it was also to be imbued with the clean lines and simplicity of contemporary European design. It needed to reflect the homeowner’s love of the rugged landscape as well as his personal passion for cooking.

“It was a real team project. No clashes of egos, just lots of discussion about every detail, from where the kitchen should go to how to maximize the views from every spot,” Best says.

The homeowner would live in the house with his wife and two children. And it needed to be expansive enough to welcome a large extended family that visits often from across Canada.

To create a home that could be both big and small in spirit, residential designer Craig Chevalier conceived a two-storey, six-bedroom house with an unorthodox positioning of living spaces. “Most houses are three-storeys with a basement, a main floor and all the bedrooms situated on the floor above that,” says Chevalier. “But this house is separated over two floors, with the main living areas upstairs, where the views are best, and with bedrooms on both floors.”

Chevalier says the layout allows the family to live within the cozier confines of one floor, but they have the option of sprawling out over the whole house when there are guests.

“If they so choose, they never have to climb the stairs, except when they are entertaining in the “resort” portion of the house,” Chevalier says. “When it’s just them, they don’t have to feel like they are rambling around in a massive space.”

That so-called “resort” area is comprised of a games room with pool and ping-pong tables, a wine room, and a gym. It also leads out, through lift-and-slide patio doors, to the outdoor swimming pool area, which boasts a hot tub and outdoor kitchen.

Best says the home’s wide-open floor plan makes it perfect for entertaining large groups. “The owner loves to entertain. Sometimes the group is up to 30 people,” he says. “And he says he could easily fit another 30.”

The grand sweep of the house is revealed outside and inside. The L-shaped building’s exterior is clad in metal, wood and stone, with strong vertical stone elements to counterbalance the horizontal line of the flat roof. Guests enter through 10-foot-tall front doors and find themselves in a grand entry with a ceiling that soars to 18 feet. In the joined great room and dining room, Chevalier varied the ceiling heights to create volume and to differentiate the spaces.

And because the owner is a serious cook, interior designer Anja Henche of AH Design, planned the kitchens meticulously. Yes, kitchens. There’s the large open “show” kitchen used for entertaining and light food preparation. It’s equipped with Poggenpohl cabinets from Germany, a Wolfe gas range, a double-width Sub-Zero fridge, and a whole kit of Miele appliances, including induction cooktop, steam oven and coffeemaker. But behind a set of sliding doors is where the real cooking action takes place. This is the closed-in wok kitchen, outfitted with another set of appliances and a heavy-duty fan for evacuating grease and cooking odours. And then, when the weather is fair, cooking and eating move to the outdoor kitchen, equipped with a barbecue, fridge and sink.

Henche says the materials in the kitchen echo those used in the bathrooms. “In the kitchen, the white laminate Poggenpohl cabinetry contrasts with the walnut millwork,” she says. “I chose these materials for the contrast and to give the space lightness.”

In the spa bathroom on the lower level, she used teak, which would withstand the rigours of moisture and heat better than walnut.

She says the rift-cut white oak flooring throughout the house “is a classic material that is durable and clean-looking.”

Other luxe touches include steam showers in the bathrooms, custom-built eight-foot-high interior doors, clerestory windows, and a large projector/media room with wirelessly activated blackout blinds. The owners also opted to include in the build a fully equipped gym, camouflaged behind frosted glass sliding doors. It includes a Swedish sauna and steam room.

“This is a man who waited to build this dream home,” Best says. “And when he did, he wanted only the best of everything in terms of quality.” •