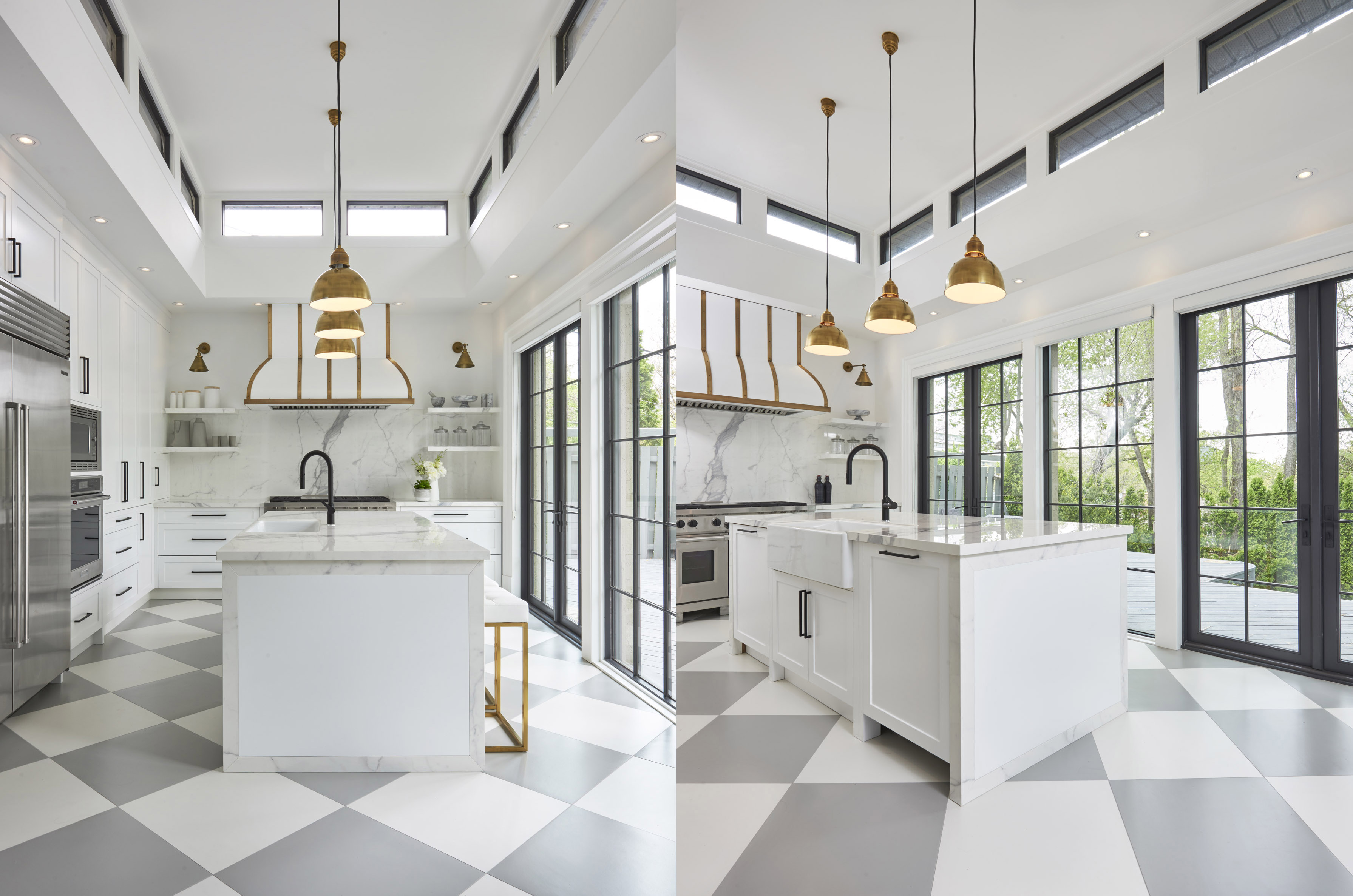 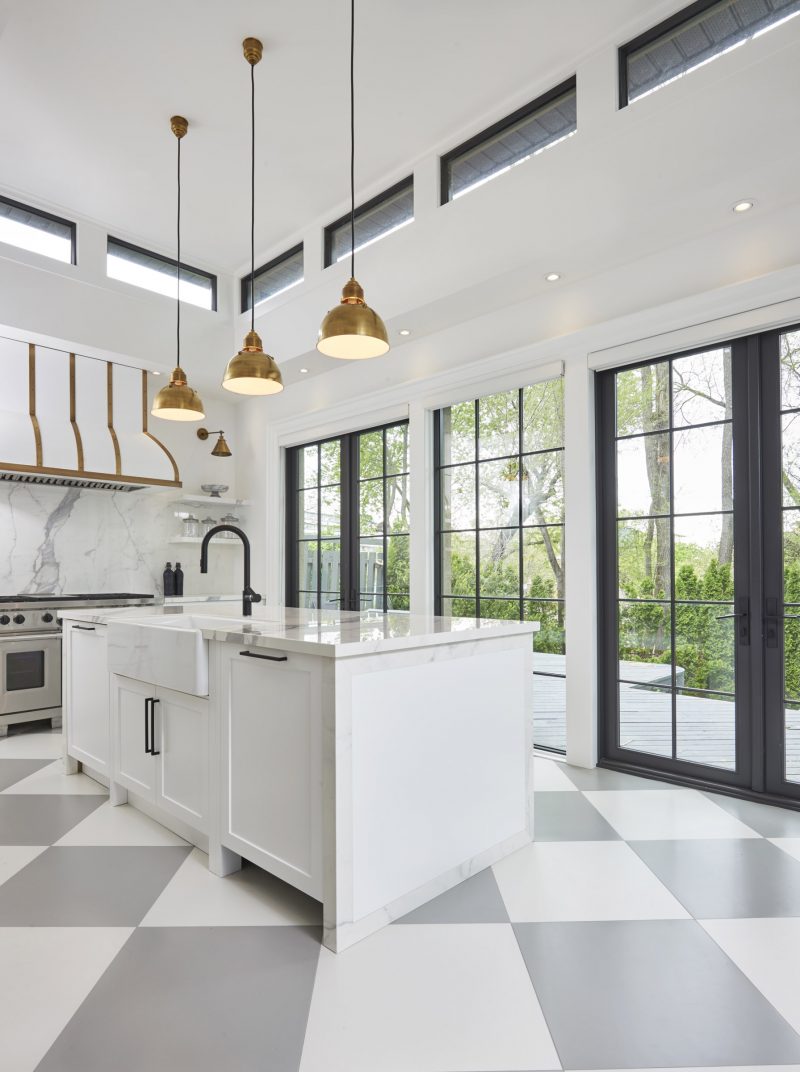 There are styles: contemporary, transitional, traditional. And then, there are statements. They don’t come with labels or fall into categories, though. They tend to speak for themselves. But what if the two were combined? And showcased in a kitchen? That’s right, a kitchen. What would a stylish-statement kitchen look like? 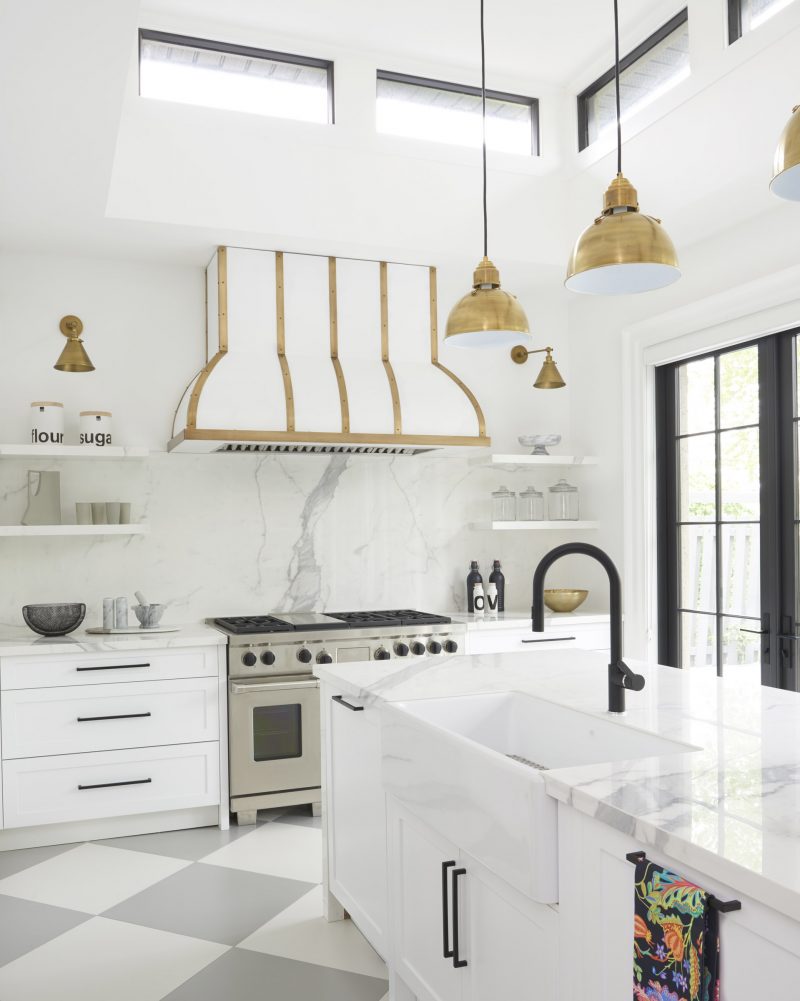 It’s a notion that architect Brenda Izen and interior designer Ali Budd did not directly set out to explore, but that is exactly what they created in a two-storey home in the Forest Hill area of Toronto. It was due, in part, to their unique and intricate collaboration.

Izen, the principal architect at Izen Architecture Inc., and Budd, the owner of Ali Budd Interiors, share office space. This proximity allows them to continuously consult, adjust, improve and integrate the smallest of architectural and design elements that go into re-imagining a space.

In this instance, it meant infusing the kitchen with a sense of grandeur. It’s an effect created not only by the height of its new soaring ceilings and the light streaming through clerestory windows on four sides, but also by the sophistication that reverberates from the combination of the finishes.

“We really wanted this to be the heart of the home,” Izen says of the kitchen. “We reconstructed the back wall and created a space that is seemingly bigger. We brought the natural light in and made this a dramatically different kitchen.”

The magnificence results from the decision to take advantage of the fact that this area of the house, which was previously a den at the back of the residence, was a section that had only one storey. Izen raised the roof, adding clerestory windows to create height and invite in light.

“The clerestory is the most special feature of the house. It makes the kitchen so bright,” she explains. “We didn’t want skylights. We wanted something more. It was a unique situation. It gives the kitchen so much depth.”

But more than depth, this space also has an air of sophistication and is very functional. One of the owners is a dietician, “whose life revolves around food, so the kitchen was very important,” Izen says.

The architectural treatment reflected the importance of the space, but it also needed to be addressed in how it was finished and styled. And this is where Budd’s expertise came into play.

This edge is introduced with the use of brass and black. Brass detailing is showcased on the custom-made range hood and is echoed in the pendants above the island, the frames of the stools, and the unique use of painted detailing above the opening that leads to the breakfast room, where brass picture lights are installed. The black elements include the interior window frames and the faucet; they’re also carried throughout the rest of the main floor. 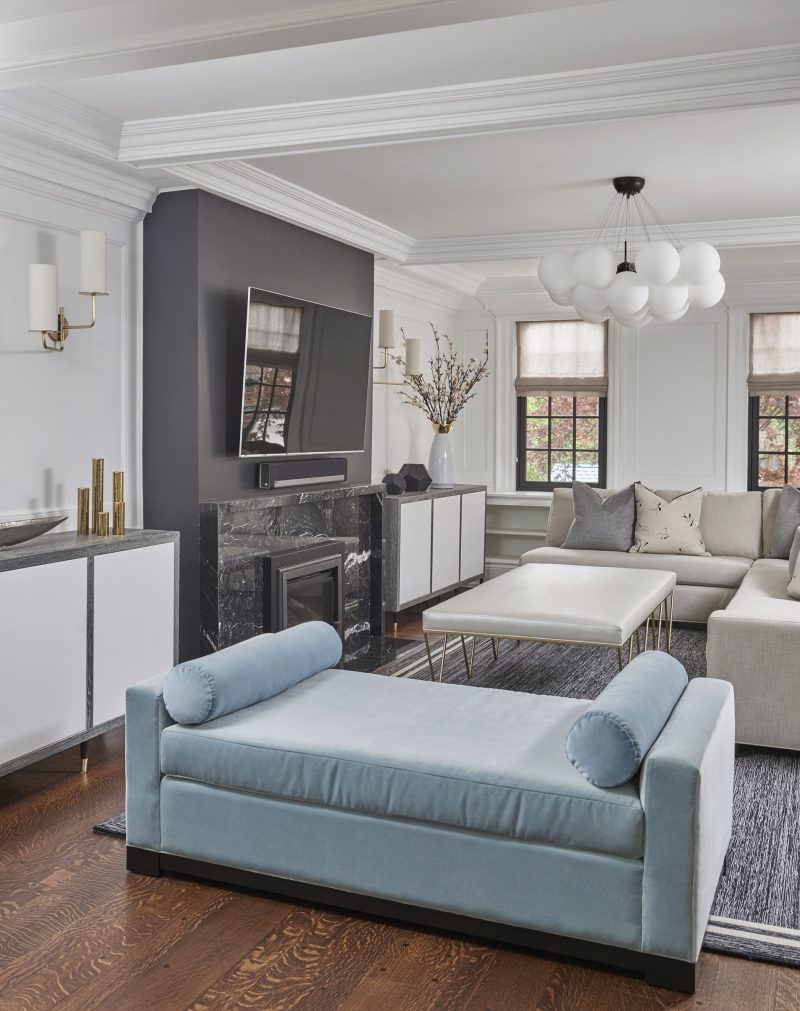 Her favourite space on the main floor, which was completely reconfigured, however, is the breakfast room. “It’s so special, so different,” she says, explaining how the use of the dreamy blue wallpaper and the sheer size of the round table give this space a unique quality.

Budd admits that introducing the blue was “a bit of a trust-me moment,” when the homeowners allowed her to implement a big-picture approach. “This is a full-concept design, not a piecemeal design,” she says.

“It was the perfect space in the house to do something impactful,” she continues, pointing out how the construction of the banquette “was a great way to frame the window. “This is a really good example of how to live with colour.”

The choice of over-sized grey and white tiles in the kitchen and breakfast room speaks to the role that colours play, she adds, explaining how the choice of grey rather than black softens the contrast. The floor is not only aesthetic but practical because it is heated, Izen says.

“This project was a collaborative team effort,” she says. “We focused on the details. We revisited each decision. We adjusted every detail architecturally and design-wise. The vision was to make a really beautiful, functional home that could be lived in.”

The end result, Budd says “is specific and unique to them, and they are a very special family.”

It’s a great example of how to employ style to make a statement. •

The Search For The Perfect Dream Kitchen