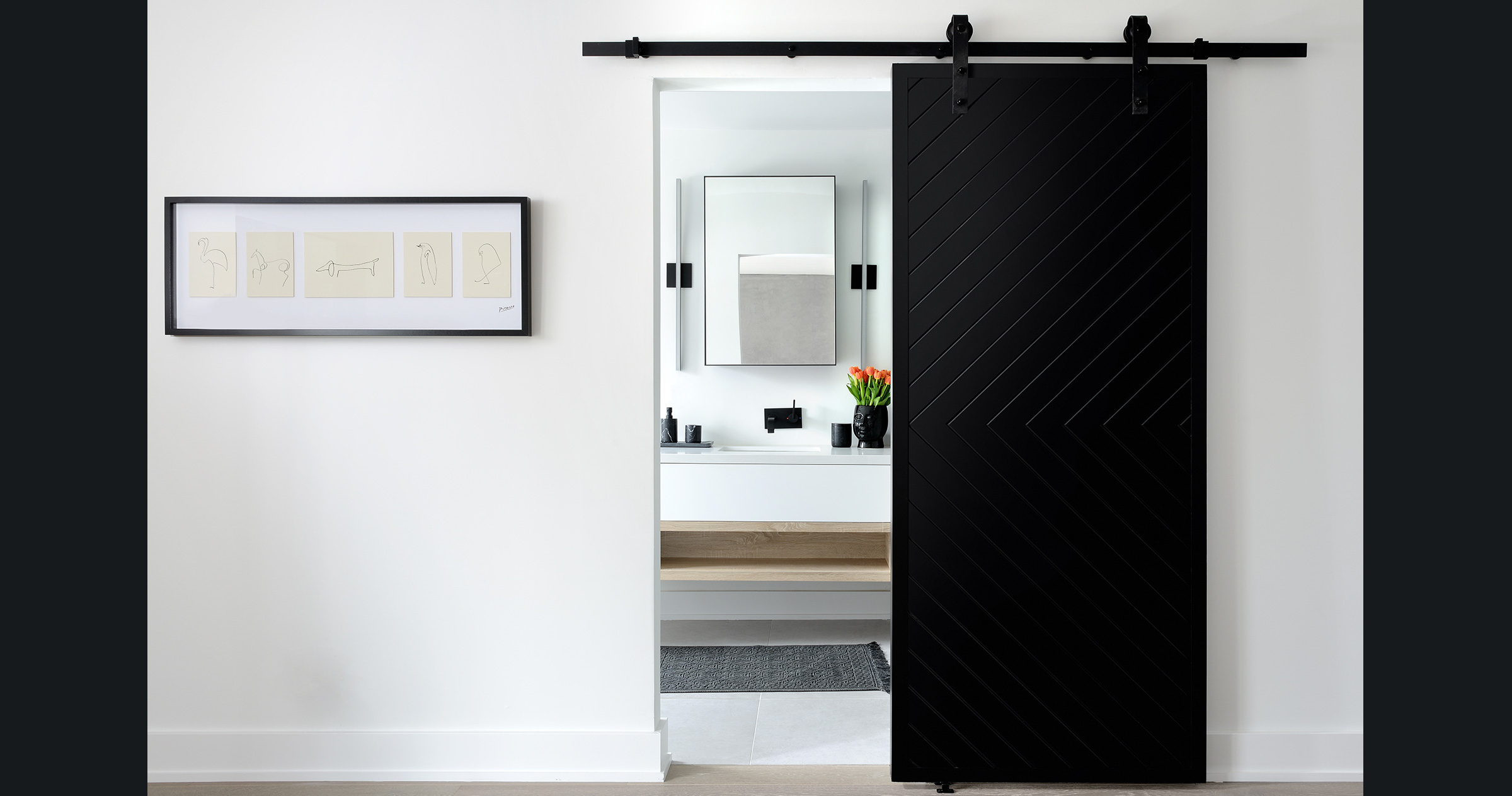 Andy Hsu and Ruobing Zhang had done their homework before they started renovating the 35-year-old home in Vaughan that they had bought. The couple had spent hours looking at magazines and online, and knew exactly what they wanted: a modern Scandinavian design, very light and quite minimal.

“We really liked the simplicity of the Scandinavian feel,” Ruobing says. Then, on a trip to Asia when they were already partway through the remodel, they bought a few vases and other art pieces. When they returned home and showed them to designer Michelle Berwick, they joked that they were creating a whole new style: Scandinavian-Chinese.

At first Ruobing worried that the new pieces might clash with the carefully considered look they’d planned. “Scandinavian-Chinese is a bit of an oxymoron,” she says, laughing. “But it really worked.”

None of it fazed Berwick, the owner of Michelle Berwick Design, who integrated the art throughout the home; for example, she mixed new green pottery with other accent pieces she found at Elte MKT, showcasing it on black shelves in the kitchen/dining area.

In addition to creating that shelving, Berwick used black as both a feature and accent colour throughout the home – on light fixtures and the fireplace, for example, so it made sense to bring that into the kitchen as well. She chose black faucets, ceiling lighting with a black base and black island chairs. She also suggested the owners opt for black stainless-steel appliances. “It all lends itself to this look that they were going for,” she says.

At first, Andy was a bit skeptical about adding so much black, especially when it came to black appliances. “I love how it turned out,” he says. “It adds warmth and sophistication.”

The original kitchen was quite small, so they removed a wall to make room for the island. Berwick says she chose a simple light fixture over it so it would not compete with a larger starburst light over the nearby dining table. Because of the position of the back door, the cabinetry needed to be slightly less deep than standard size. “We used lots of lazy Susans and things to maximize every inch,” the designer says. “And we left off using knobs and handles, again to get that sleek, modern look.”

Size was also an issue when it came to renovating the bathrooms. The original master bath was so narrow, Andy says he could stretch out his arms and touch the walls. “The master was definitely the most dramatic change,” he says. By taking space from a walk-in closet that had a window in it, they were able to have both natural light in the new bathroom, as well as enough room to include a free-standing tub and walk-in shower. As in the kitchen, the faucets, other hardware, and light fixture are all black.

For access to the bathroom, Berwick installed a barn door, custom-built with a chevron pattern, painted black. It’s a feature that clients ask for in almost every project she works on now, she says.  They work well for the master bath, but she cautions that they’re not soundproof and so are a risky option for powder rooms and other guest spaces.

The home’s other bathroom also has a stand-alone shower, this one clad in black hexagonal tiles. A larger hexagon is used on the walls, a smaller tile on the floor. Because the shower is totally black, Berwick eschewed the use of black faucets in this bathroom. She did carry the same hexagonal tile into the powder room, using it as an accent on the wall, behind the mirror. By “bleeding” it – placing the tiles in a random pattern – it has created a look the homeowners hadn’t chosen when they were doing their research, but it’s one they say they love. “Before that, the bathroom was light and plain,” says Ruobing. “With that added, it looks fantastic. Now it’s a big-impact space.” •