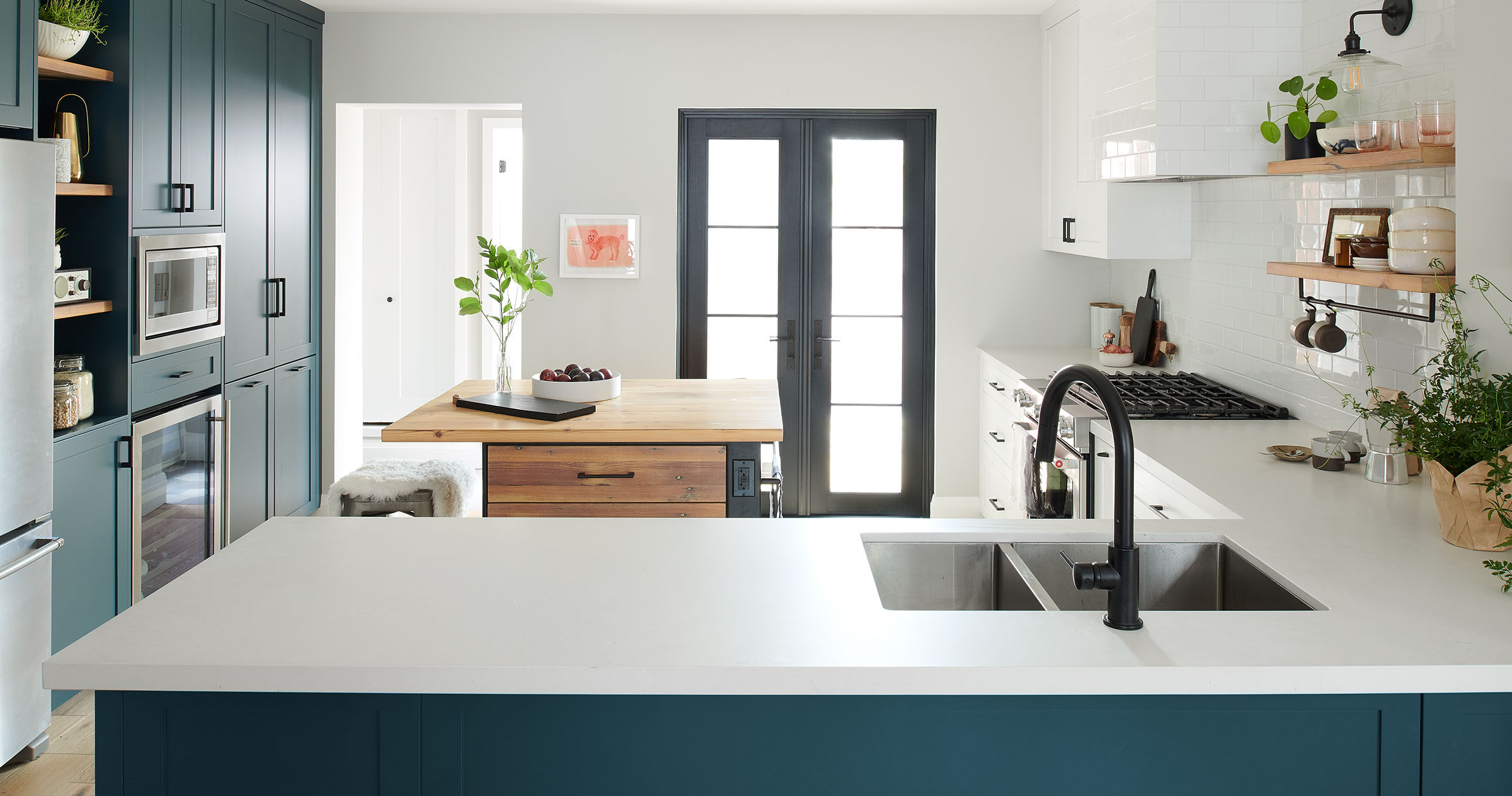 Stephanie Lees has made a little kitchen do big things. There was hardly room to move when the Toronto designer first visited; the 170-square-foot room was dark, with just a small window and a wall separating it from the dining room.

The owners, a couple with two young daughters, wanted to do away with layers and layers of DIY fixes to the kitchen of their 100-year-old home in Toronto’s Danforth neighbourhood. And they wanted a space that would work – really work – despite its small size.  What they got is a contemporary kitchen with a bistro vibe, infused with warmth and personality and outfitted with plentiful storage space and ample work surfaces.

“I am always trying to create a portrait of the people who will live in the spaces I design,” says Lees, owner and principal of Stephanie Lees Design. “These are laid-back, down-to-earth people who really use their kitchen.”

One of the first jobs was to take down the wall between the kitchen and dining room and to “borrow” a foot and a half from the dining room to facilitate easier movement in the space.

The next priority was to maximize light by replacing a small kitchen window with French doors leading to the backyard deck.

And if the owners were going to get the ample storage they so desired, the existing entrance to the mudroom would have to be reconfigured. Once that was done, Lees found space for a whole wall lined with floor-to-ceiling cabinets to house a microwave, coffee nook, pantry and even a wine fridge, in addition to storage space for dishes. This cabinetry in an updated Shaker style, painted a classic almost-teal blue, has become a focal point in the room.

Lees left the facing wall white, clad in classic subway tiles (even the stove hood). She also had the lower cabinets painted white.

To the owners’ delight, the designer even managed to fit in an island to replace the moving cart they had relied on for years. “They use this island so much, for cooking prep, doing homework and looking through recipes,” she says.

The kitchen’s tight dimensions don’t allow for a full-size traditional island. Instead Lees turned to 1925Workbench in Etobicoke to build a bespoke small island of reclaimed wood and powder-coated steel with slatted open shelving at the bottom and drawers for storing cutlery. There is even a charging station for phones and other devices. “It has a chunky, industrial feel. It is youthful and interesting, but at the same time it is not imposing,” Lees says.

What’s the secret for making a small space with this many elements look so good? The designer says the answer is to add personality while maintaining restraint. “Renovating a kitchen is a big and costly endeavour, and often people want it to be classic so that it doesn’t go out of style. Too often, though, that makes it generic,” Lees says. “Here, we injected blue for personality and reclaimed wood for warmth. But for continuity, we kept the details all black – from the French doors, the sink faucet and the cabinet handles to the towel bar and cup hooks on the open shelves. Even the legs on the stools are black metal.

“We thought about Carrara marble for the island and brass faucets for the sink. But  that would have been too much. It’s important to know when to stop mixing.” •