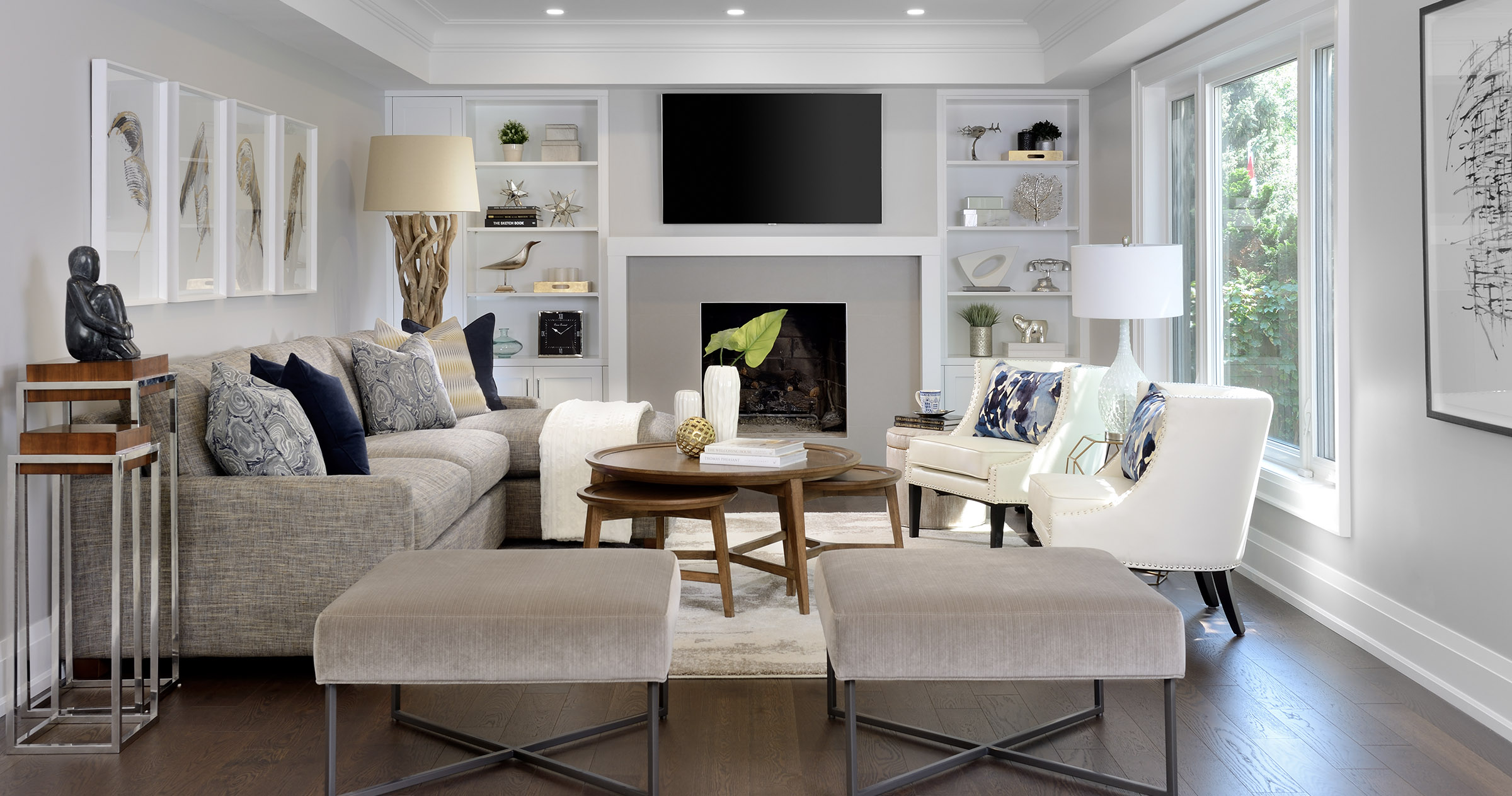 From Outdated To Outstanding

A Mississauga house is transformed into a functional family home

Anyone who has ever bought a house will tell you: It’s not easy finding the perfect place to live. Coming across a house with that special combination of everything you’re looking for, especially if that list is long, can feel almost impossible. That one great-looking house might have a stately exterior and a superb living room, but not enough bedrooms. Or that other one has a spectacular entrance, but the yard is too small. Then there is that simply stunning new construction that is, unfortunately, in the absolutely wrong location.

When you’re on the hunt for the perfect house, sometimes, it feels as if you just need a miracle.

Well, that is exactly what the owners of this mid-1980s house in Mississauga happened onto. But it took some work.

They snapped up this four-bedroom house because it ticked all the boxes on their list. The two-storey structure was in the perfect location, in the Sheridan Oaks area of town. It was the right size. It was on an excellent lot. It had mature trees and a pool, and it was near great schools. But….

Yes, there was a “but,” because when they found it, the miracle had not yet happened. “This house was outdated with a terrible floor plan,” explains Gene Maida, the owner of Georgian Custom Renovations, the firm that was entrusted with turning this 30-year-old house into the perfect home for the new owners.

The house had what he called “location,” in that it possessed all that the family of five needed, except the interior simply was “unsuitable for their lifestyle.”

And so the work began. Maida and his team set to the task of completely transforming the living space to make it fit the family’s lifestyle. “I call it the Miracle in Mississauga,” he says. “It was a dramatic change for this house. We brought it into the 21st century. It was a challenging job, both structurally and aesthetically.”

The goal was broad and not totally defined. “The family wanted to make the house more liveable,” Maida says. So they began with the renovation firm’s 10-step approach, which included a meeting with a designer; objectives and outcomes were clearly outlined. Among the items on the list were requests to reconfigure the kitchen, add a second bathroom, create a relationship between the interior of the house on the main level with the outdoor pool area, and build greater closet space upstairs. There was also a request from one of the children “to fix her bedroom,” which was too small for its furniture and had no closet. And they wanted it all in a transitional design.

“What they were motivated by was to create a beautiful environment to enjoy their family,” Maida says.

His crew designed according to the owners’ budget.

On the main level, walls were removed to open the kitchen to the living room. In the kitchen, which was slightly repositioned, a window was replaced with a 16-foot four-panelled patio door that completely opens up to the backyard pool area. A beautiful island with a white quartz counter that seats five was installed. Shaker-style cabinetry in two tones – grey and white – was installed, which concealed all the appliances to add a greater appearance of space.

Off the kitchen, connecting to the dining room, they created a modern utility space, what designer Ashley Reekie dubs a service pantry, complete with a quartz counter, sink, and grey Shaker-style cabinets with glass-fronted upper doors. The stylish enclave provides practical storage space and functionality for entertaining.

In the living room, Reekie outlines how the fireplace area was modernized. The traditional mantel was stripped out and replaced with a custom-built grey porcelain surround framed with white-painted maple to co-ordinate with the colour scheme. The fireplace was then framed with custom-built cabinets on each side. Recessed lights were installed in the ceiling throughout, and the floors were redone in a wide-plank oak.

The existing staircase was removed, and replaced with an elegant angular design that complements the decor.

“We took an out-dated subdivision home with a circular staircase and transformed it into a transitional home with a modern staircase,” says Maida. “We created a modern home that is extremely liveable. It really is a miracle.” •