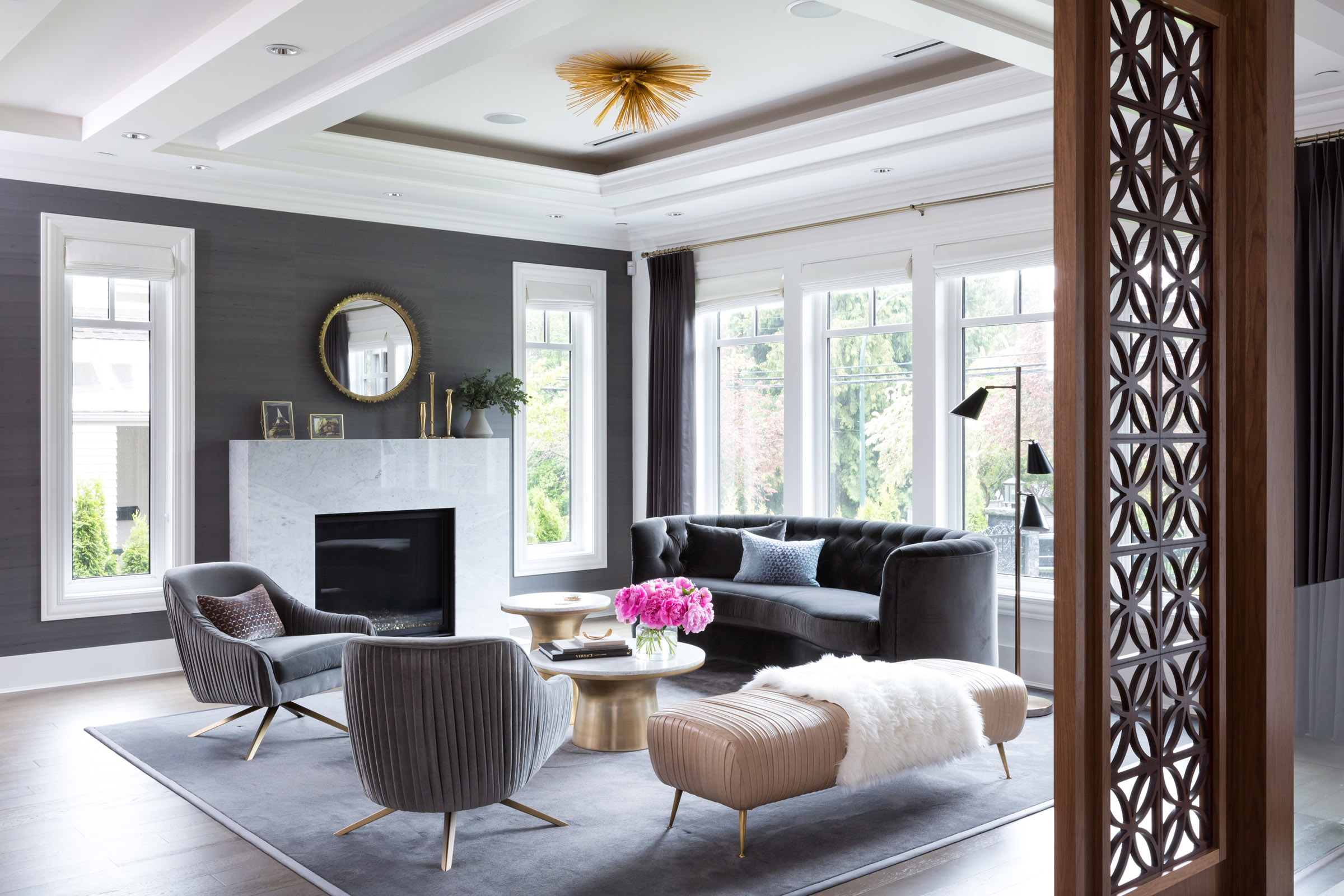 From Cosmetic Changes To Total Facelift

Builders design and decorate their spec homes to suit as many people as possible. (The term “builder’s beige” says it all.) It’s a sensible approach but one guaranteed not to please at least some potential buyers. Witness the purchasers of this recently built house in Dunbar-Southlands: They liked the house but wanted to change some of the finishes.

After the dust had settled, “change some of the finishes” had turned into “redo nearly everything.” Renovation plans went from the homeowners’ desire for some “cosmetic changes” to a substantial facelift. However, they loved the layout of the house and its traditional design elements such as the moldings, so they kept those along with the engineered oak floors. No walls were demolished or rooms added.

The homeowners had been looking for a layout that was somewhat traditional. “It was hard to find a home like our parents’,” says one of them of their search. She explains: “We saw good layouts and bad craftsmanship, or good craftsmanship but bad layouts. But this layout was perfect. It had good feng shui. The rooms were the perfect size. The lot was huge.”

The couple had seen a house designed by Andrea Rodman, interior designer and the principal of Andrea Rodman Interiors. They realized that she would understand their tastes, and they chose her to oversee the transformation from basic builder’s beige to personalized interior. She applied an aesthetic similar to the house they had seen but made it unique for their home.

“We told her we wanted something contemporary-modern-traditional-elegant,” says the homeowner with a little giggle. “We’re a young couple. We’re not into full-on traditional. We wanted to keep some of the traditional elements in the house but add in contemporary touches.

“We said, ‘minor reno. We want to keep what we can.’ Andrea started suggesting. Then . . . ” The homeowner pauses. “We basically ripped out everything,” she finishes.

Before actual work within the house began, Rodman spent almost three months with the homeowners, all consulting closely, to design the new interior. With the expertise of Terris Lightfoot Contracting (“top-notch,” says Rodman), the project then got under way. It was an ambitious undertaking, and nearly a year passed before the homeowners and their two small children moved in.

The combined formal dining-living room is immediately visible to anyone entering the house. Its wide entrance is flanked by walnut screens punctured in a lattice pattern, two holdovers from the builder’s decor. “We kept that traditional element; it makes a grand entry,” says the homeowner.

In the living room, brown veneer was stripped from the walls. A feature wall around the fireplace was given textured charcoal-coloured wallpaper to contrast with the white-painted walls and ceiling.

“The living room had a traditional feeling,” Rodman says. “I thought it would be really fun to mix traditional and modern, to bring in some modern details and high contrast.” The old traditional fireplace surround was replaced with clean-edged, lightly-veined white Bianco Carrara marble. Detailed window casings and the coffered ceiling, which was painted white, were retained; however, the central light fixture is now a trendy three-dimensional starburst luminaire by Kelly Wearstler in gold tones that complement the thoroughly up-to-date coffee tables and bench.

At the opposite end of the space is a formal dining area, but contemporary chairs in various pale tones add a lighthearted feeling. A commissioned painting by Carla Tak echoes the tones in the chairs and the circular decor motif for another contemporary touch.

The mix of traditional and contemporary styles continues in the main kitchen (there’s also a wok kitchen). Most cabinetry is in time-honoured Shaker style, but recessed pulls, a large island, and a squared-off vent hood are contemporary touches. Subtle veining in the Calacatta Piccolo marble island surface and vent hood adds movement, as does the diamond-square pattern of the ceramic floor tiles.

The family room off the kitchen is the site of the only “plastic surgery” done during the home’s facelift: small windows flanking the fireplace were replaced with built-in shelves and storage. Large windows in the outside wall are more than adequate for keeping this pale room bright.

As in many households, toy storage for children was an issue. Rodman covered a row of boxes with cushions and placed them directly behind the family-room sofa, thus providing both storage and extra seating for both family room and kitchen.

The second-storey decor is also a blend of old and new, traditional and contemporary. There’s plenty of room for the family upstairs. A large stair-top landing doubles as a library-office, and the four bedrooms all have an ensuite bathroom.

The basement, still in progress, is being outfitted with a wine cellar, an entertainment/rec room, a workout room, a full bathroom with steam shower and a Japanese soaker tub, a theatre room, a guest bedroom with ensuite bathroom, and a laundry room.

Having lived in it for nearly a year, the homeowner is delighted with her contemporary-modern-traditional-elegant home. “We have everything we need,” she says contentedly. •

Finding Warmth In A Winter Wonderland