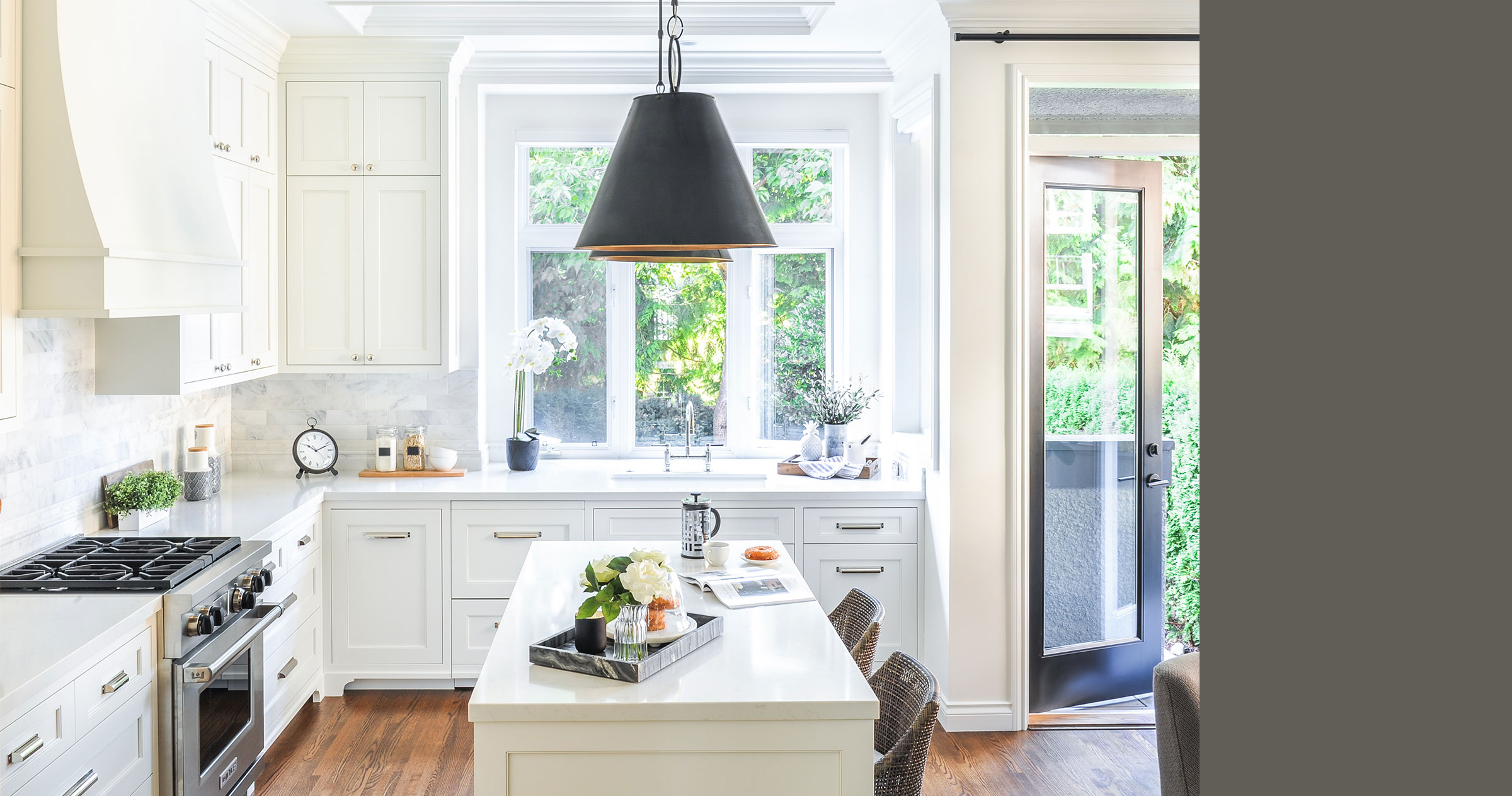 We’ve all heard the old professional standards. A surgeon should never operate on a family member; or a lawyer who represents himself or herself in a courtroom has a fool for a client. But what is the rule for interior designers?

If you ask Victoria McKenney, she may not offer you a hard and fast rule, but she will be quick to say that designing a kitchen in her own home was much more challenging than working on behalf of a client.

McKenney is the principal designer and owner of Vancouver-based Enviable Designs. She and her husband, Adrian Stevens, are also the owners of a duplex in Kitsilano.

“We lived in our home for about two years before deciding to renovate the kitchen,” she says. “This timeframe allowed us to inhabit the space and realize what worked and what didn’t work for us. We also lived in the house while the kitchen was being renovated, by using a makeshift kitchen.”

The old kitchen was an enclosed space that, as she puts it, “was tucked away,” very separate from the living room area.

Wanting a more open and inviting space that would accommodate social interaction, she changed the location of the kitchen, putting it where the family room had been.

One of the most noticeable elements in the exquisitely styled space now is the luxurious coffered ceiling. But the detailed work on the ceiling was not part of McKenney’s original concept. “Originally, we were going to have a simple ceiling,” she says. But reconfiguring the space meant removing a load-bearing wall, which required the installation of a 20-foot steel beam that runs across the ceiling. The beam descended a full eight inches from the ceiling, creating an obvious visual distraction. Designing the coffered ceiling “was a way to disguise the beam,” McKenney explains.

And although it added to the cost of the project, McKenney says, given the final effect, she would do it all over again, even if she didn’t have to disguise a beam. The look adds a refined and elegant finish to a room that has an 11-foot-high ceiling.

But the ceiling is not her favourite part of her new kitchen. Actually, she cannot pick just one favourite aspect of this space. She has two: the new layout and the craftsmanship of the cabinets.

“I love having an island,” partly because she has never had one, she says. “That is where we eat every night.”

But she also loves the look of the cabinetry. Made of MDF that is painted in Benjamin Moore’s Simply White, the Shaker-style cabinet doors have beaded detailing and a 1.5-inch face frame. This frame is flush with the doors, providing an elegant and refined look that is not often seen because of its expense and the fact that it requires all of the cabinets to be completely custom-made.

Although she designs interior spaces for a living, McKenney admits that getting the kitchen she is thrilled with was not an easy process. And this is where the old professional adages come in. You would think that an interior designer could easily plan her own kitchen. “It’s much harder designing for yourself,” she confesses, because of the emotion invested in one’s own space. “It took a lot of time to get it right.”

McKenney found herself fussing over every detail: a pull-out recycling centre, storage space for serving trays, what the pantry should be like. “I was measuring all my pans and dishes,” she says. “I needed a junk drawer, but then I was questioning what to put in it and how much room I really needed.”

One unexpected result, she says, came after living through the five-month renovation process: She now has a greater empathy for what her clients go through.

Despite all the meticulous work that was involved, she loves her new kitchen. “It’s a lovely space to spend time in,” McKenney says, describing the room as “classic and timeless with a little urban farmhouse feel.”

“A well-designed kitchen can be life-changing in how you spend time with your family and friends,” she says. “We see our friends and family more because we now have the space to do that.

“It has had an impact on how we live and use our home.” •