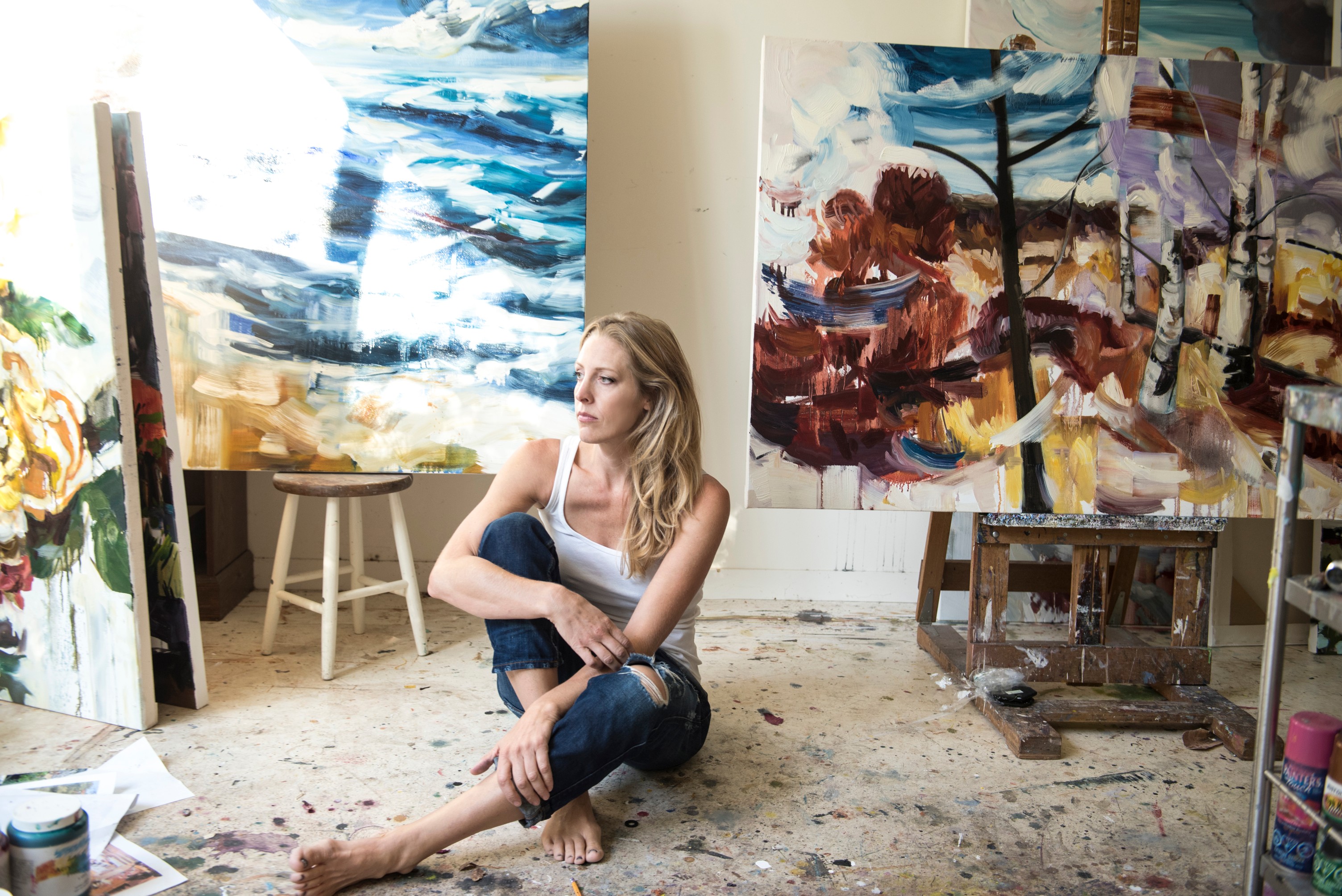 On and Under the Surface with Artist Cori Creed

Cori Creed’s work focuses on both the surface and what lies beneath it. The Vancouver artist’s large-scale oil paintings depict memories and a life-long love of the natural landscape around her.

Whether forest, ocean or sky, she interprets them in bold strokes and colours that clamour for attention. All with an intensity that is both urgent and joyous at the same time. 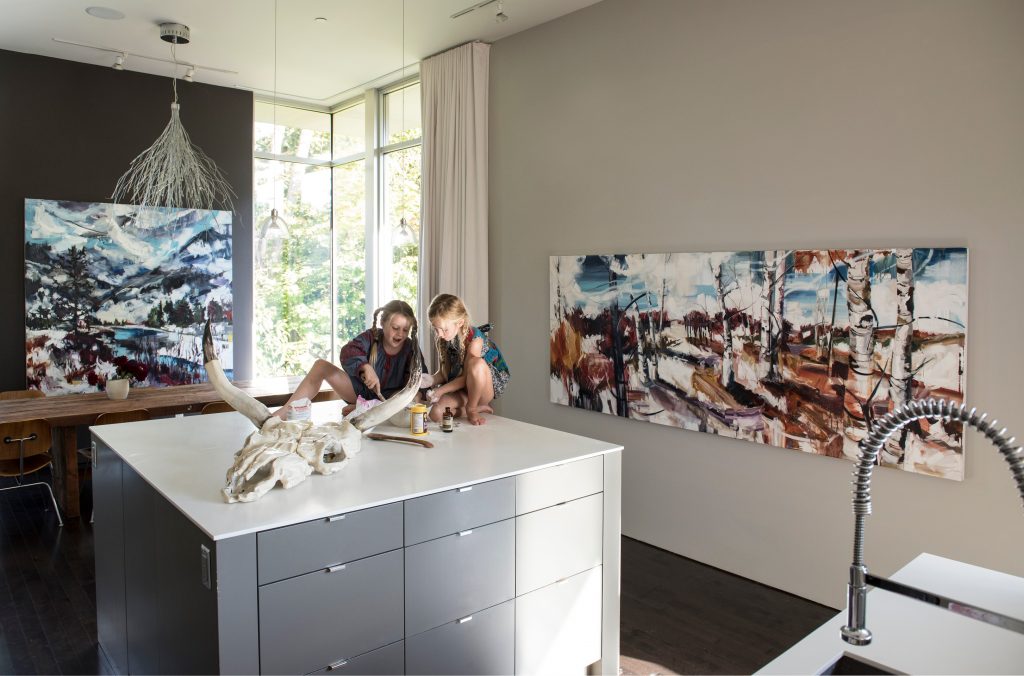 “My work is as much about emotional space as the re-creation of a physical place,” says the artist, who also plumbs the human psyche through an interest in psychology.  “And then I’m always drawing the viewer back to the surface.”

She accomplishes this by paying homage to the medium and how it’s applied, using oil paint, spray paint, graphite, and other media.

Creed has also added a three-dimensional component to her work with clay sculptures and mixed-media art installations to add an extra layer of meaning and complexity to solo exhibitions of her paintings.

Painting may be in her genetic code, since her mother and grandfather also painted. Creed received her first paint set at age three, and has never stopped creating. After attending Simon Fraser University and Capilano University, she worked for a decade in the advertising field as a graphic designer and creative director. 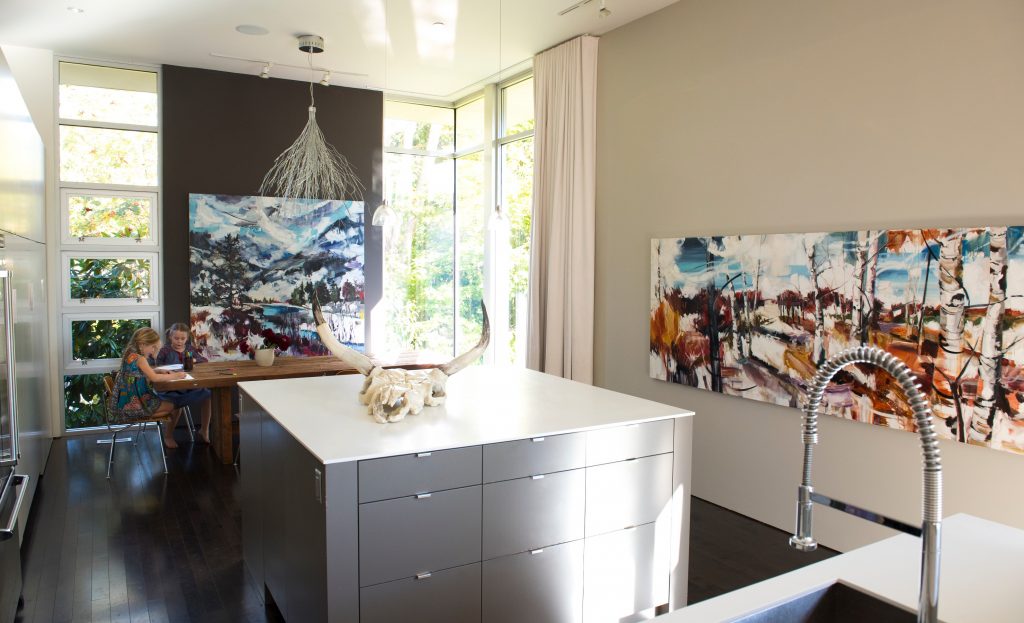 She continued to paint and participate in group shows and in 2000, began showing at Vancouver gallery Buschlen Mowatt. Finding it increasingly difficult to run her own agency and paint, she then focused solely on her art.

Creed works from piles of photos and sketches. She prefers not to stick slavishly to real-life references. Instead, they serve as reminders or triggers for her recollection of a place or experience. Depicting emotional reactions means digging deep. She tackles the idea of being able to “morph and change and shift landscapes and references.”

Before lifting a paintbrush, she invariably inserts ear buds. On the playlist are lectures, podcasts and audiobooks. Subjects vary and often involve psychology or philosophy. It might be Voltaire one day, a Ted Talk the next. Of the latter, one by Hungarian psychologist Mihaly Csikszentmihalyi called “Flow, the secret to happiness” made a lasting impression. It examines the state of creative bliss that can occur when the muse strikes.

“For me to do my best work, I believe that I have to reach that place where the subconscious takes over or at least takes the helm,” Creed says. “I’ve been lucky in that I have never found myself short of inspiration.” 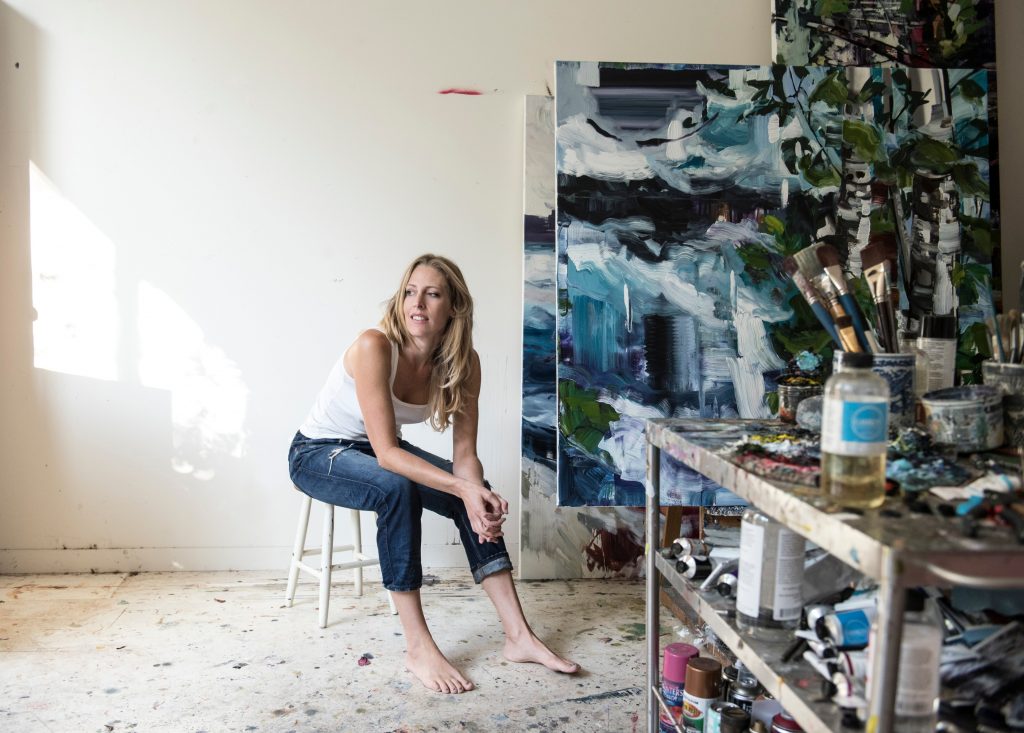 Over the past 17 years, Creed’s work has been shown in solo shows in Canada and the U.S., and she is now represented by the Bau Xi Gallery in Vancouver and Toronto.  If ever inspiration flags, she heads back to the cottage outside Penticton with her family or to a rugged stretch of shoreline. She may be sans canvas, but often with her children in tow. “I love being outdoors and hiking or rock climbing,” she says. “Nature can be breathtaking and so inspiring.”

Christmas Moves In … For Awhile

Imagine having a Christmas-themed mural on one of your walls to make the season merry and bright. Sounds great for...

New Trends in Ceramic and Stone

Move over neutral ceramic and stone. The year ahead will see well-designed homes outfitted with tiles and slabs that feature...

Nature on the Walls

Last spring, Wallsauce, a company that specializes in customized wallpaper murals, announced it was running a competition alongside Rise Design...

High-Quality Bedding is Always in Demand

Whether you like white, quality cottons or rich jewel-toned sateens, one thing doesn’t change when it comes to bed linens,...

The Form and Function of Pottery with Nicola Tassie