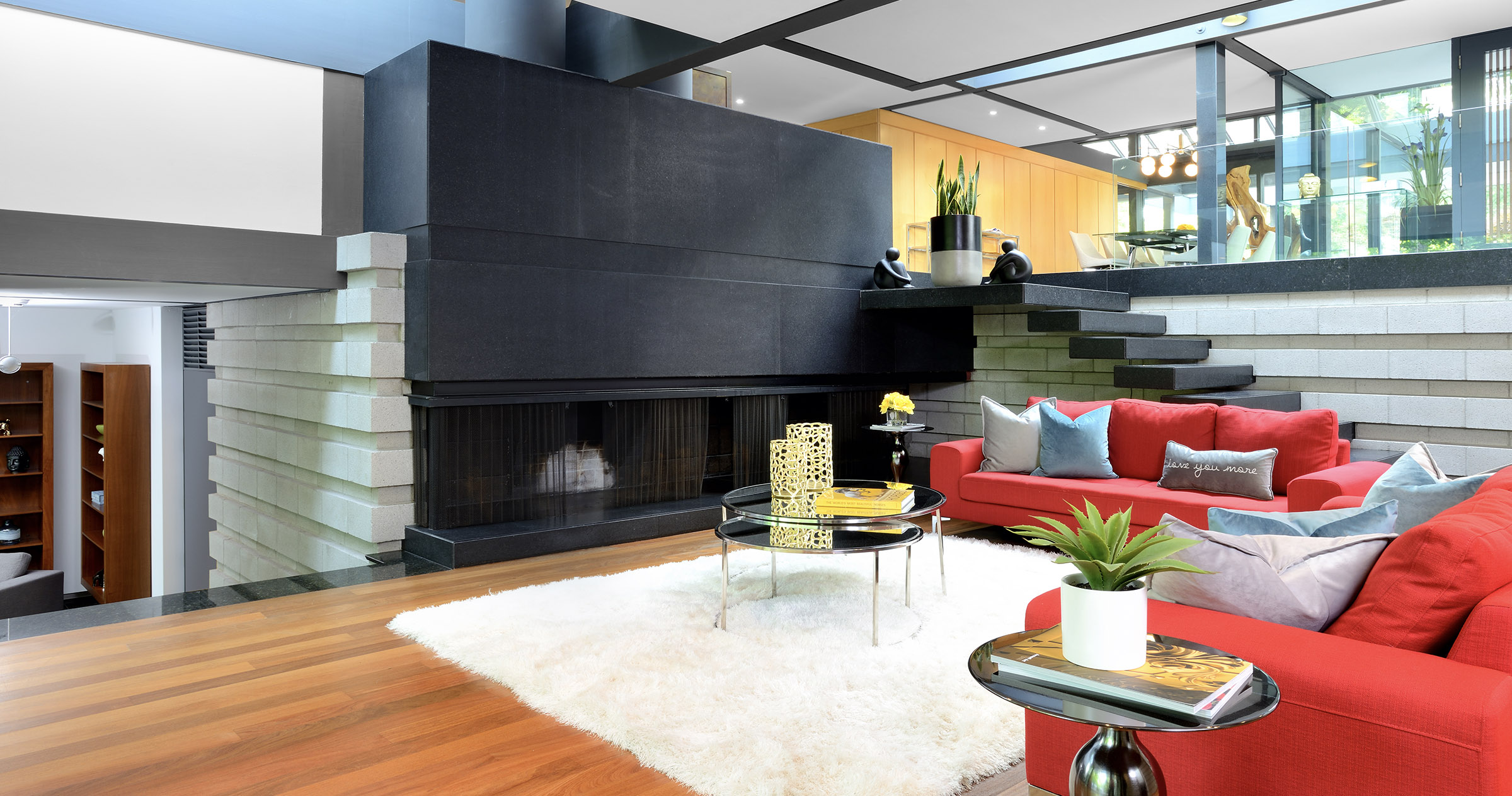 Design That Has Stood The Test Of Time

A 45-year-old house, updated for today’s lifestyle, looks fabulous after all these years

In 1973, when this open-concept home in the Kingsway area of Toronto was built – inspired by acclaimed architect Frank Lloyd Wright’s famous Fallingwater home in rural Pennsylvania – the idea of a Zen home would have been as foreign to the owners as a cell phone. The world was still in love with shag carpets and princess phones, after all.

And yet, the cantilevered home, wrapped in floor-to-ceiling glass and with an interior that is as contemporary as anything built today, has that perfect Zen-like ambience, which is so coveted in today’s housing market. Minimalistic. Open. Airy. Linear. Natural materials creating a sense of serenity.

No one believes custom home builder Rose Barroso, owner of Barroso Homes, when she tells them that the house was built in 1973, and was inspired by one built in 1935.

“It looks that modern,” says Barroso, who had been eyeing the property for a decade before it slipped almost effortlessly into her grasp about a year-and-a-half ago. “I build modern homes so I love Wright’s designs, and I wanted to keep the original look and feel of it,” she says.

Despite this being her dream home, which she appropriately named Karma8, Barroso has so far chosen not to live there. She reserves the right to change her mind about that one day, but for now she is content to rent it out for movies, commercials and photo shoots, commanding a fee of $3,500 to $5,500 a day.

Actress Sharon Stone has been there. Recently, a Toronto rapper filmed a music video there. Next, the crew of a Marvel heroes TV series will spend a week filming its first episode there. On the day we spoke, a photo shoot for a swimwear company was scheduled at the house.

Barroso doesn’t believe it’s the size of the house that generates so much interest – although at almost 7,000 square feet, it’s certainly sweeping in scope – but the uniqueness of it that is its main selling point. The house comprises four levels cascading down a verdant hillside toward nearby Silver Creek. “It’s like living in the trees,” she says. “The back patio is like a treehouse. Deer literally come to the front door.”

The rear of the home is translucent, and almost every room offers a scenic outdoor view. The master retreat is enclosed in a giant glass cube.

There’s parking for six, a swimming pool, a fitness studio, and a sauna.

When Barroso bought the house, which was designed by architect Blake Millar, the bones of it were great. All the rosewood used in the master bedroom, the skylights bathing it in a luminous glow, Brazilian-teak floors, marble walls in the bathroom, and exposed, accented structural elements – including three linear, wood-burning fireplaces, which are all the rage in home design now – all created a special, luxurious space.

But the skylights leaked. The furnace and air-conditioning didn’t work and had to be replaced. Some of the appliances didn’t function and couldn’t be replaced because new ones wouldn’t fit the space. Most of the showers didn’t work “and had to be repaired from old spare parts in order to keep the original finishes,” says Barroso.

And, she adds, “we still cannot figure out how to use the existing sound system. It has only one mode: party mode, which means it’s super loud and there’s no way to scale it down.”

Moreover, the house was painfully sterile in shades of white, black and grey. “I needed to warm it up,” says Barroso. “The pops of colour are subtle but welcoming.”

Her signature look is to have one piece of red furniture and one red wall in every home she builds. The wall is always the same colour: Benjamin Moore’s Million Dollar Red. The red wall in the master bedroom, next to the gorgeous grain of the rosewood wall and against the backdrop of the trees outdoors, brings the room to life.

The red Structube sofas in the living room have a similar effect.

Warming a place up and making it family-friendly is what Barroso believes has made her successful as a builder. “I think about the cooking and the kids coming home and will they have a place to talk to Mom while dinner is being prepared,” she says. “I always consider the family element. My success, I believe, is from bringing a woman’s perspective into the design or build.”

There is also her astonishing drive. “My husband says I have no brakes,” she says. “It’s always go, go go.” •

Of Art And Life