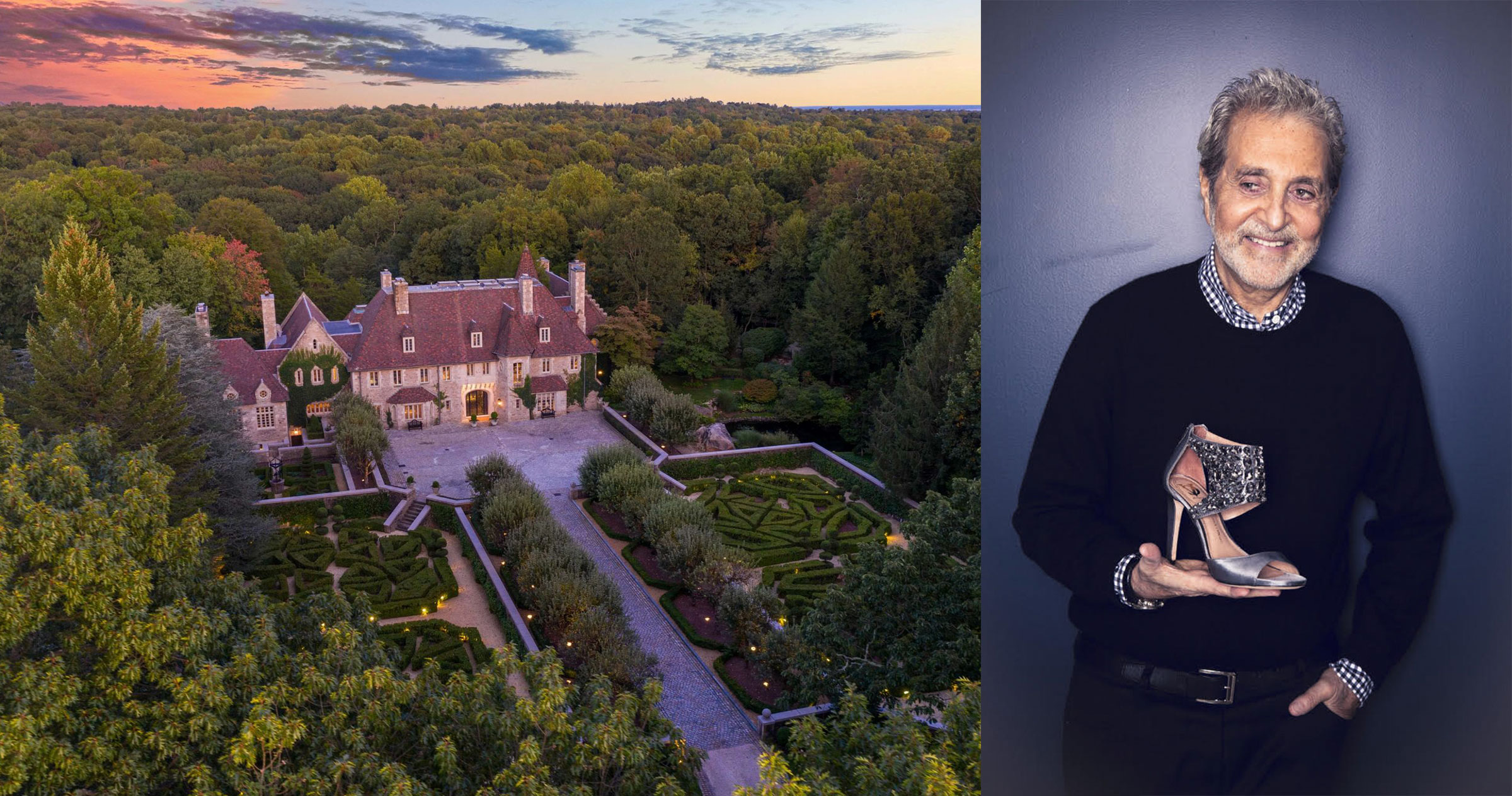 Spectators and fashion enthusiasts have been given a peek at the creativity of the late shoe designer Vince Camuto with the sale of his massive Greenwich, Connecticut home. Crafted in the French Norman style, the estate was reportedly the favourite property of Camuto, the founder of Nine West.

The estate was built in 1927. Despite its size, the home went years without upkeep until Camuto and his wife Louise bought it and began to restore it in 1984. Now, it boasts interesting features, both indoors and outside.

The design of the home’s vaulted ceiling features a mural of the night sky on the day of Camuto’s birth in 1936. At 16,301 square feet, the home has 13 bedrooms and 18 bathrooms. The dining areas and sitting rooms are outfitted with antique furnishings, many from the 1500s.

To reinforce the home’s European-style design, limestone fireplaces sourced from a French monastery, warm the home. While the majority of the house’s spaces are furnished traditionally, sitting rooms and bedrooms were given a more contemporary decor.

The outside of the home is also striking, featuring a driveway lined with apple trees. The landscape includes a garden maze for shady walks, a swimming pool, a grotto and tennis courts.

The home is a melange of classic and modern style. As the renowned founder of Nine West, Vince Camuto was known worldwide for his ability to understand the needs of women and use that information to craft stylish yet affordable shoes. Finding great success in cultivating high-end fashion at a fair price drove Camuto to success, eventually leading to the $900 million sale of Nine West itself.

After Camuto’s death in 2015, his wife Louise Camuto, took over the estate and prepared it for auction in August. •

All photos courtesy of Compass and Concierge Auctions

No expense was spared by the owners of a New England-style cottage on the north shore of Lake Champlain when...

In addition to an abundance of colourful and fragrant flowers that sprout in Canadian gardens every spring, “For Sale” signs...