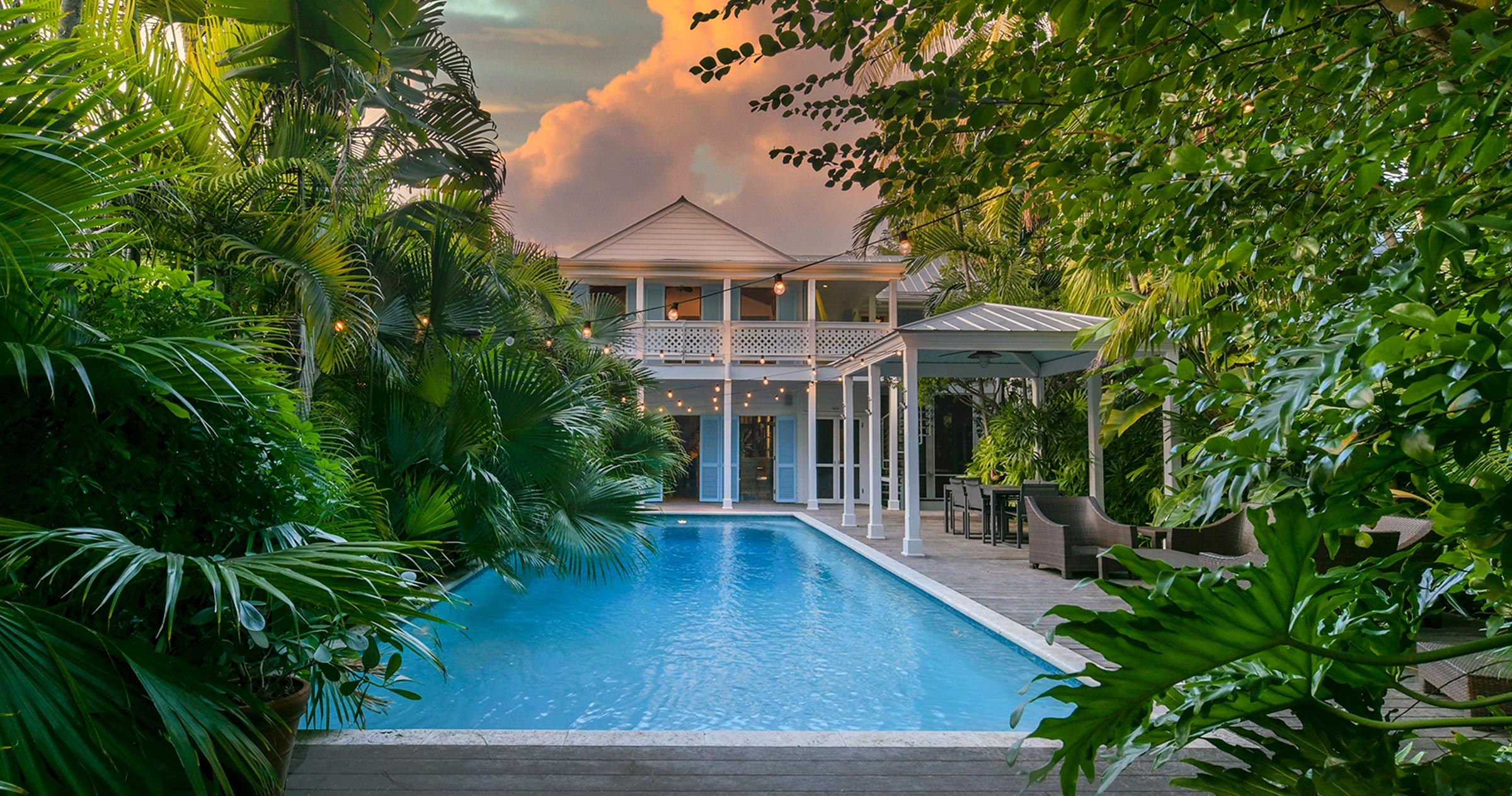 “Pirate tales and the Florida Keys go together like ice and rum,” or so says the Fl Keys News. And with swashbuckling swagger, superstar NASCAR driver Dale Earnhardt Jr. and his wife, Amy, an interior designer, have added a new chapter: a pirate-themed revamp of a 3,306-square-foot historical mansion in the heart of the now-trendy Old Town, Key West.

With Dale Jr. now semi-retired, the couple teamed up in 2018 to restore conch houses. Unique to Key West, this style of home was developed by Bahamian immigrants known as “Conchs.” Many of them were boat builders, and so nautical touches such as timber framing are common. The duo’s first such restoration was documented in a four-part reality TV series, “Renovation Realities: Dale Jr. & Amy” (DIY Network).

The Earnhardts’ latest project is an 1863 conch house with five bedrooms and four bathrooms. They were hands-off with most of the original architecture, including the charming gingerbread facade. Instead, they focused on enhancing it with pirate and nautical-themed touches. To the wood-beamed kitchen, for instance, they added such features as a skull-and-crossbones-patterned mural, a ship’s wheel at the end of a wood counter, and cabinets built to emulate sea chests.

Another wall mural, this one of a tropical sunset, graces the main staircase, which also features a rope-wrapped pillar. A can’t-miss original feature of the home lies at the top of the stairs: a secret hatch designed to let the homeowners keep a wary eye on buccaneers in the parlor below. Parrots are a recurring theme throughout.

And while it may not be “full fathom five,” the swimming pool is an impressive 14-feet deep. The garden surrounding it has a cultivated jungle quality and a tastefully appointed guest house lies beyond. Think the pirate life is for you? It will set you back plenty of doubloons: the restyled conch house, now on the market, is priced at US$3.7 million. •

A Beautiful Piece of History

Photography: Angus McRitchie Original wood beams that date to the early 1770s frame the upper-storey loft space, while the stone...