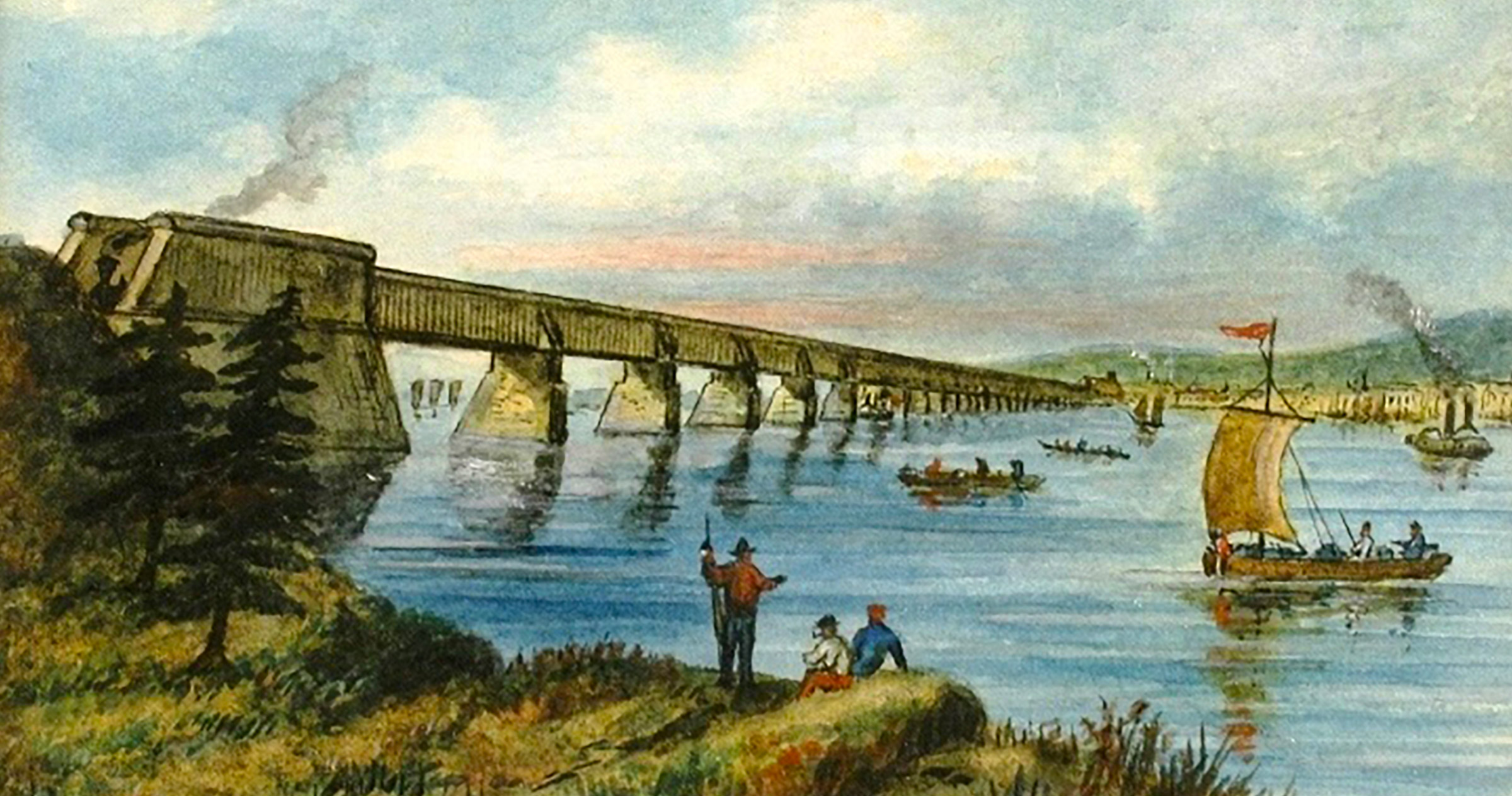 Because it was well-built, Montreal's 160-year-old Victoria Bridge is still used daily

by Home in Canada
Share on FacebookPin itTweet itSend it

Like the ancient Greeks and Romans, the Victorians built structures to last. Be they buildings or bridges, we are still using structures in Canada that were engineered and built during the 19th century. An example of the “made-to-last” building ethic is Montreal’s Victoria Bridge. The first bridge built to span the St. Lawrence River, the Victoria connects Montreal with the municipality of St. Lambert on the South Shore.

Named for Queen Victoria, the bridge was officially opened by her son, Albert Edward, the Prince of Wales, in 1860. Construction of the structure had begun in 1854; the first trains traversed it in late 1859.

Financed for a staggering $6.6 million, the Victoria Bridge was built by the Grand Truck Railway to open Montreal to outside economic markets. At three kilometres long, it was the longest railway bridge in the world at the time, and regarded as an engineering marvel.

The metal tube that formed the bridge’s deck was created of sections of prefabricated wrought iron, made in England and shipped across the Atlantic.

The granite for the bridge’s support piers was quarried on a piece of land in Pointe Claire that is now the Beaconsfield Golf Club. A railway spur line was built between the quarry and the shore of Lake St. Louis to transport the quarried stone. Once the giant blocks of stone had been rolled on rail cars down the spur line to the shore, they were loaded onto barges and floated downriver to the bridge’s construction site. The Pointe Claire spur line was later transformed into a road, which is now known as Cartier Ave.

The manpower used to create the bridge numbered 3,040 men (including children).

The need for a bridge that would connect Montreal with the surrounding territory was particularly acute during the winter months, when getting boats across the semi-frozen water from Montreal Island was risky.

In 1897, the metal tube that had created the original structure was replaced by metal trusses, and the 24 stone piers that hold the bridge up were modified at the same time.

Streetcars ran across the bridge between 1909 and 1956. The Victoria Bridge continues to be heavily used by cars, and freight and passenger trains. And it’s as much an engineering wonder now as it was when it was built more than a century and a half ago. •

From Hodgepodge   To Happy Home